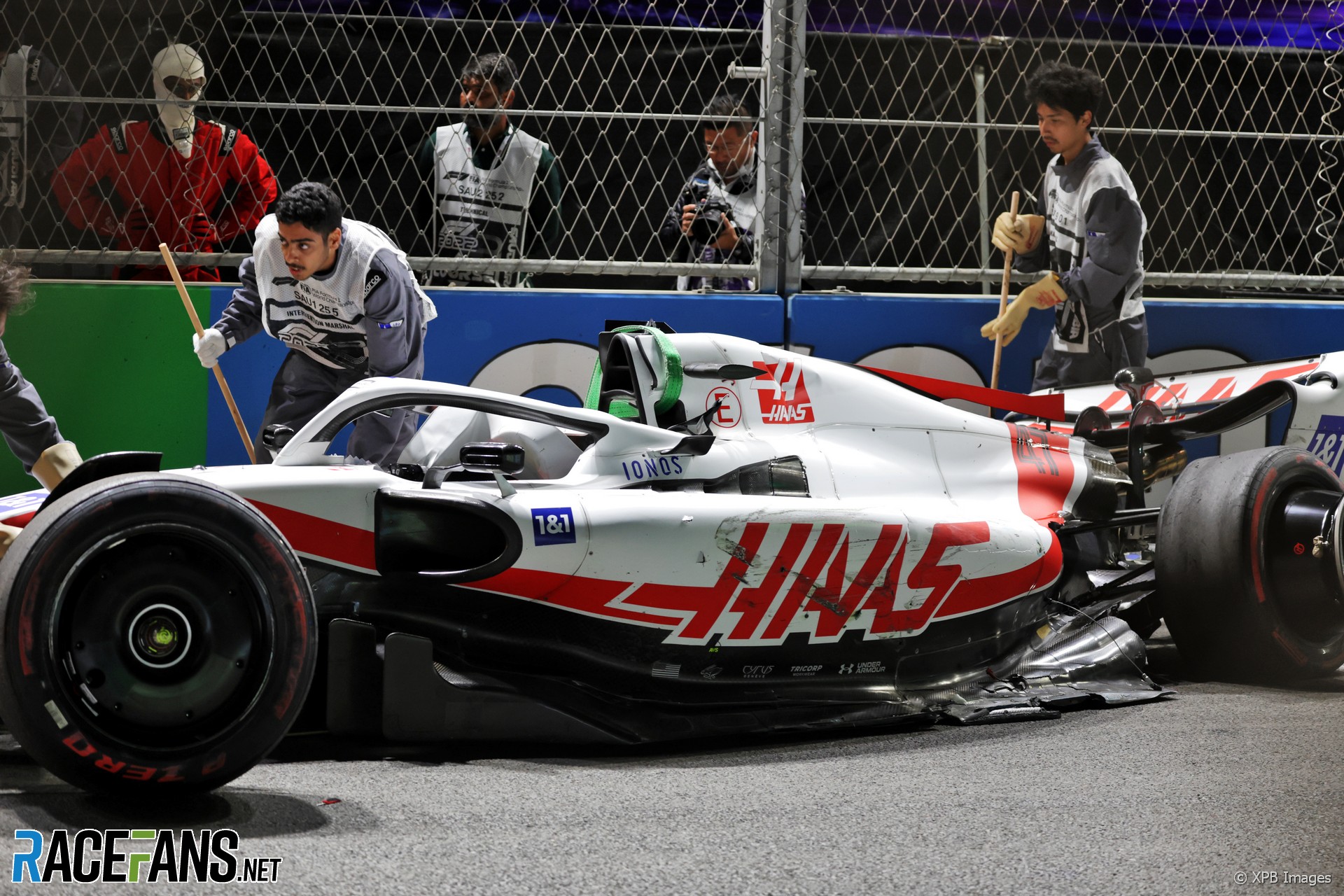 Mick Schumacher will not take part in this weekend’s Saudi Arabian Grand Prix following his heavy crash in qualifying.

The Haas driver was transported to hospital by helicopter for checks after the crash, which occurred in the high-speed turn, which is taken at around 240kph (150mph).

Schumacher has now been released from hospital and returned to his hotel, the team confirmed. However they announced he will take no further part in the weekend and his car has been officially withdrawn.

“I just wanted to say that I’m okay,” Schumacher posted on social media. “Thank you for the kind messages.”

Haas team principal Guenther Steiner said “there is too many unknowns about how he will feel in the morning” to risk entering him in the race. “There’s nothing to be gained,” he said.

“The car, obviously, is in a state what it is. Having him out racing tomorrow, we could compromise our Melbourne effort. So there is no point to do something tomorrow when you have to start from pit lane anyway.

“In the moment we are in a position that we can score points and I think you have got a better chance if we focus and regroup for Melbourne.”

Although Schumacher qualified 14th and would have gained a place due to Daniel Ricciardo’s penalty, the damage to his car meant he would have started from the pits. Steiner therefore decided the chance of him scoring points was too low.

“We have to ship everything from here to Melbourne, we cannot ship it to the UK now,” he said. “So all the stuff on the car you need to crack-check and all that stuff.

“So it would be just not a good job for knowing that you cannot end up in the points if you start from pit lane this year because there’s too many good teams out there.”