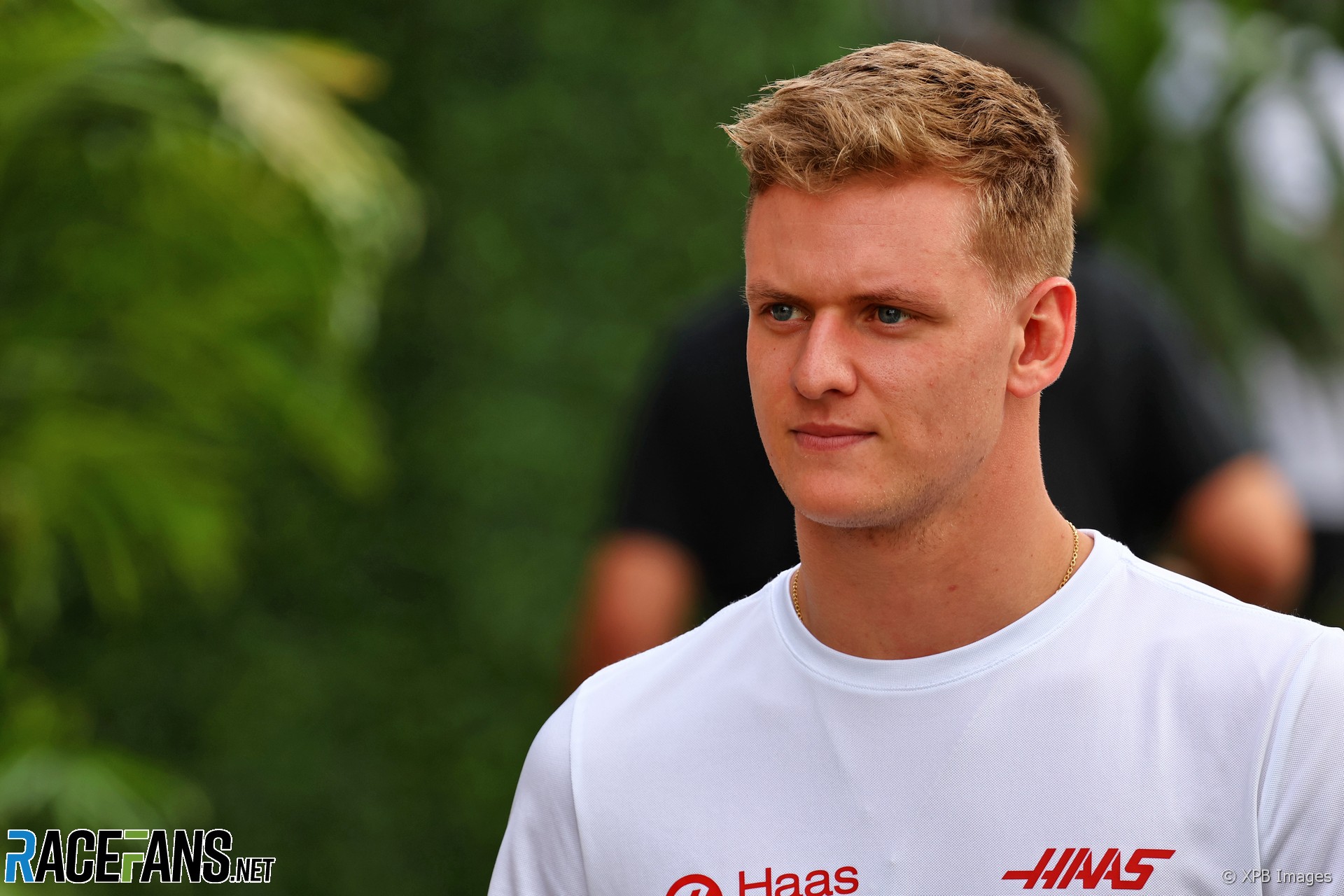 Mick Schumacher has revealed he hit the wall in qualifying at an estimated 270kph in qualifying for the Saudi Arabian Grand Prix.

The Haas driver returned to the Jeddah Corniche Circuit following checks in hospital but has been withdrawn from the race weekend by his team. Qualifying was delayed by an hour as he was extracted from the car by the medical team and the accident site at turns 10 and 11 was cleared.

Speaking to media including RaceFans after returning to the circuit following a precautionary trip to hospital, Schumacher said he was feeling “alright” after the accident.

“It was a big one,” Schumacher said. “I think from what I heard, we were around 270kph [165mph] when it did hit that wall. I think in a road car, that wouldn’t look quite well. Luckily, the cars are so safe these days that I was able to walk away from it and stand here with no issues.”

Schumacher said he felt “for sure ready” to race in today’s grand prix, but that the team were forced to withdraw the car due to limited spare parts and to focus on the Australian Grand Prix in two weeks’ time.

“I’m for sure ready, or would be ready, to go racing,” he said. “But it’s just component management and also just car parts in general that we have to see and look after so that we are surely able to race in Melbourne.”

The turn 10 accident was the second time that a driver had withdrawn from the meeting after losing control of their car on the kerbs exiting the fast left hander. Formula 2 driver Cem Bolukbasi was sidelined with a concussion after spinning in near identical fashion to Schumacher during Friday’s practice session.

Schumacher admitted he feared further accidents could take place in the sequence today.

“I think the concern of that repeating is there, yes,” he said. “But in the end, we have to have a look at what the officials decide and what they will go forwards with.”

In the inaugural race at the Jeddah circuit in December, Schumacher’s race had ended following a high speed accident at turn 22. He believes that the new cars for 2022 are more susceptible to losing control over the track’s kerbs than last year.

“From what I remember last year, it was less of a concern just because of the way the cars were built,” he said. “We had a very high rake. The rear of the car was usually quite up in the air.

“Nowadays, the cars go really low on the rear – especially on this circuit. So the moment you hit this kerb, which is quite high, the rear tyre loses contact to the surface and that means that there will be a snap of some sort. We saw that, I think, also from a few other drivers in Q3 in which they had a close moment. I think it is something definitely that people will have to revise and see to be fixed if we come back here.”

With his car being so severely damaged in the crash, Schumacher admitted that he will likely face a grid penalty later in the season for exceeding either the maximum number of gearboxes or power unit components each driver is permitted.

“Probably, but it’s what happens now in the next few races. As long as we have a car which is competitive – we’ve seen it in the past as well that if you get the ten place grid penalty or even if you start last, the chance is that if you have a good car, you can go forwards no problem.”