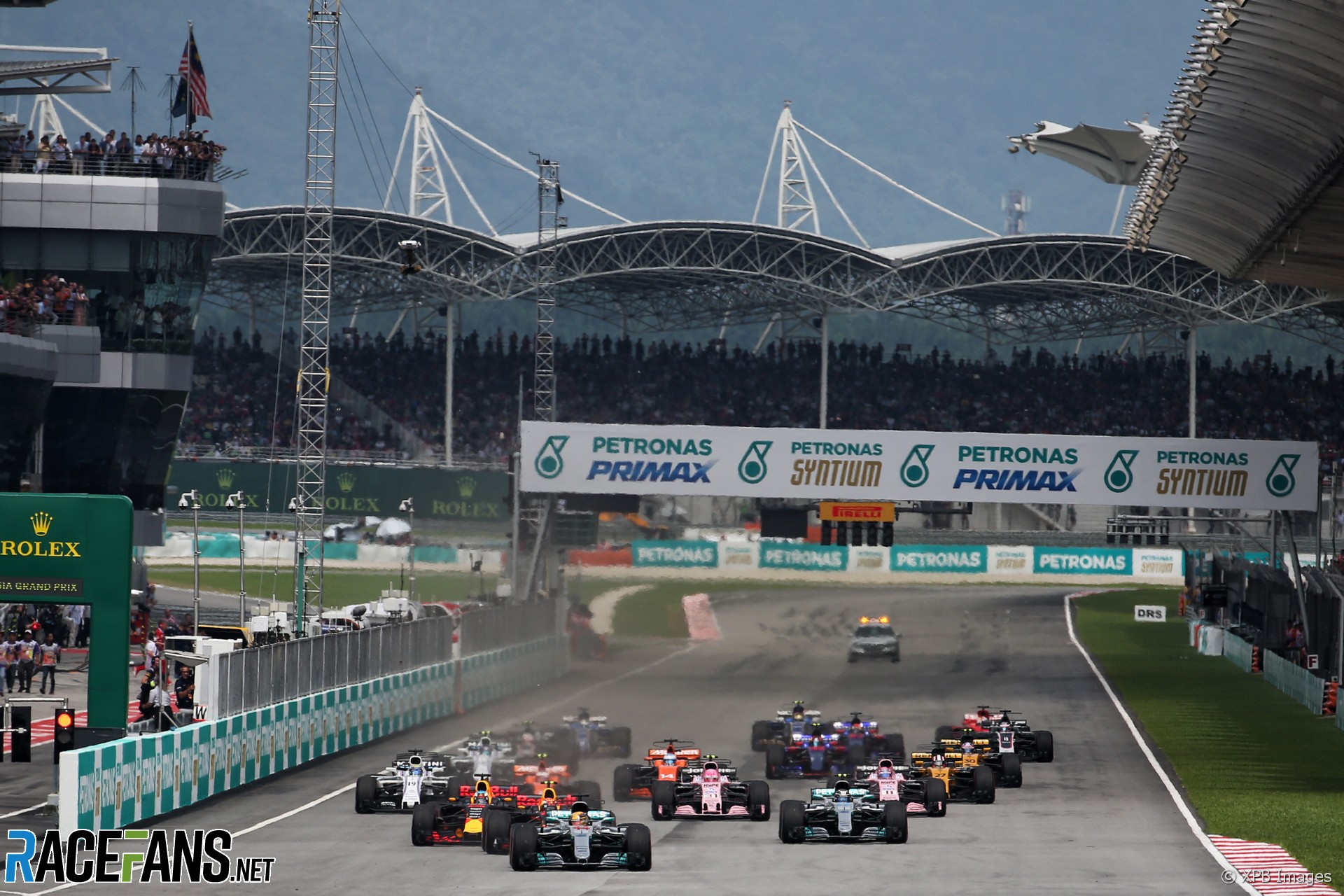 In the round-up: The CEO of the Sepang International Circuit says the circuit does not have plans to bring the Malaysian Grand Prix to the F1 calendar in the near future

Azhan Shafriman Hanif said the circuit would require significant support from the Malaysian business community to be able to bring Formula 1 back to the country.

“We should look at the big picture holistically, at how F1 can benefit not only the company but also Malaysia in terms of branding, ability to provide employment opportunities, talent development and others,” Hanif told local media including Bernama yesterday.

“So, when we pay for the relatively high (F1) organising rights, the return should be high overall, not only from the SIC aspect.”

The current Formula 1 season has 22 confirmed races following the cancellation of the Russian Grand Prix. F1 CEO Stefano Domenicali said the sport would have “no problem at all” finding a replacement for the race.

Philip Morris brand Mission Winnow has reappeared as a partner of Ferrari’s F1 team after it was taken off the team’s cars at the end of last season.

The logo appears on Ferrari’s website as one of the team’s partners. Whereas previously it was a title sponsor for the team, the brand is currently listed as a secondary partner, alongside other supporters such as Ray Ban, AWS and Richard Mille.

Ericsson “confident” he can compete for IndyCar title

Marcus Ericsson says he is confident of his ability to fight for this year’s IndyCar Series title.

The Chip Ganassi driver sits fifth in the standings after two races following this third place finish at the last race at Texas. Ericsson says he came into the 2022 championship with the goal of becoming champion.

“I started off this year, St. Petersburg – I think we should have been on the podium without the pit lane penalty that put me back from fourth to 25th,” Ericsson said. “I think that shows how much pace me and the car had there.

“To come to Texas, a superspeedway, finish on the podium – we’re going to be contenders. We will be all year. I’m feel confident, ready to take that fight and get the championship.”

Just an idea, but if anyone who can make something like this happen is reading, think about it😉

On a serious note, nothing to do with April fools.

Also if any @indycar drivers would be open to doing something similar in Indy on the month of may let me know. pic.twitter.com/KiAbIvuNcl

@LandoNorris my son decided he wanted to dress as his fav f1 driver for school fundraiser. Made it all himself. #landonorris #mcclaren #F1 pic.twitter.com/Zg7hpvl6Jh

Eating Mac and cheese in Cincinnati isn’t what I had in mind for today, but it taste really good 😊
Ps: Testing got canceled as we had snow and really cold temperature in Indianapolis

"We're not going to rest until we're back in the mix. It's no fun at all. It's an exercise in humility and it's going to make us stronger in the end, even though it's not fun right now."

"Whatever they want, we are here to host F1 as best as it can be anywhere in the world. So we will definitely have an open discussion with them to see what their feedback is, to discuss with them and see what their concerns are about. We will show them everything."

"It’s a case of history repeating itself as, back in 1982, Formula 1 visited Long Beach, Detroit and Vegas, the latter hosting the Caesars Palace Grand Prix for the second consecutive year. Whereas those two races were run around a parking lot next to Caesars Palace Hotel – yes seriously – the new track promises to be far more exciting and the only thing the two venues have in common is that they both feature 14 corners."

"His timing was spectacularly bad because obviously, he had doubts about the Honda engine and then Honda went on to prove there it was a competitive power unit and a race-winning package. Daniel is a great driver and we were sad when he decided to leave the team here."

Lawson’s Guest Column: I was in a good headspace (F2)

"Even with the result in the Feature Race, I feel like I was in a good headspace with the way that I was driving. I was putting myself in positions that weren’t going to end up in crashes or incidents. Compared to last season, I think it is important to try and prevent that this year. I feel like that was a positive point from the weekend."

I do wish that F1 would move away from its nationalist views and projections. F1 is not football, etc, where the teams are made up of people from that country. F1 teams have a history which is more complicated and have been associated with many countries. Neither teams or drivers are supported/funded by their nation states and most teams are based in the UK and I suspect with mostly people from the UK. F1 should aim to be a world sport without boundaries and getting rid of national anthems would be a good place to start. I would think they could be replaced by team/driver anthems which would create a better team identity and could be folded into the marketing/PR.
johnandtonic