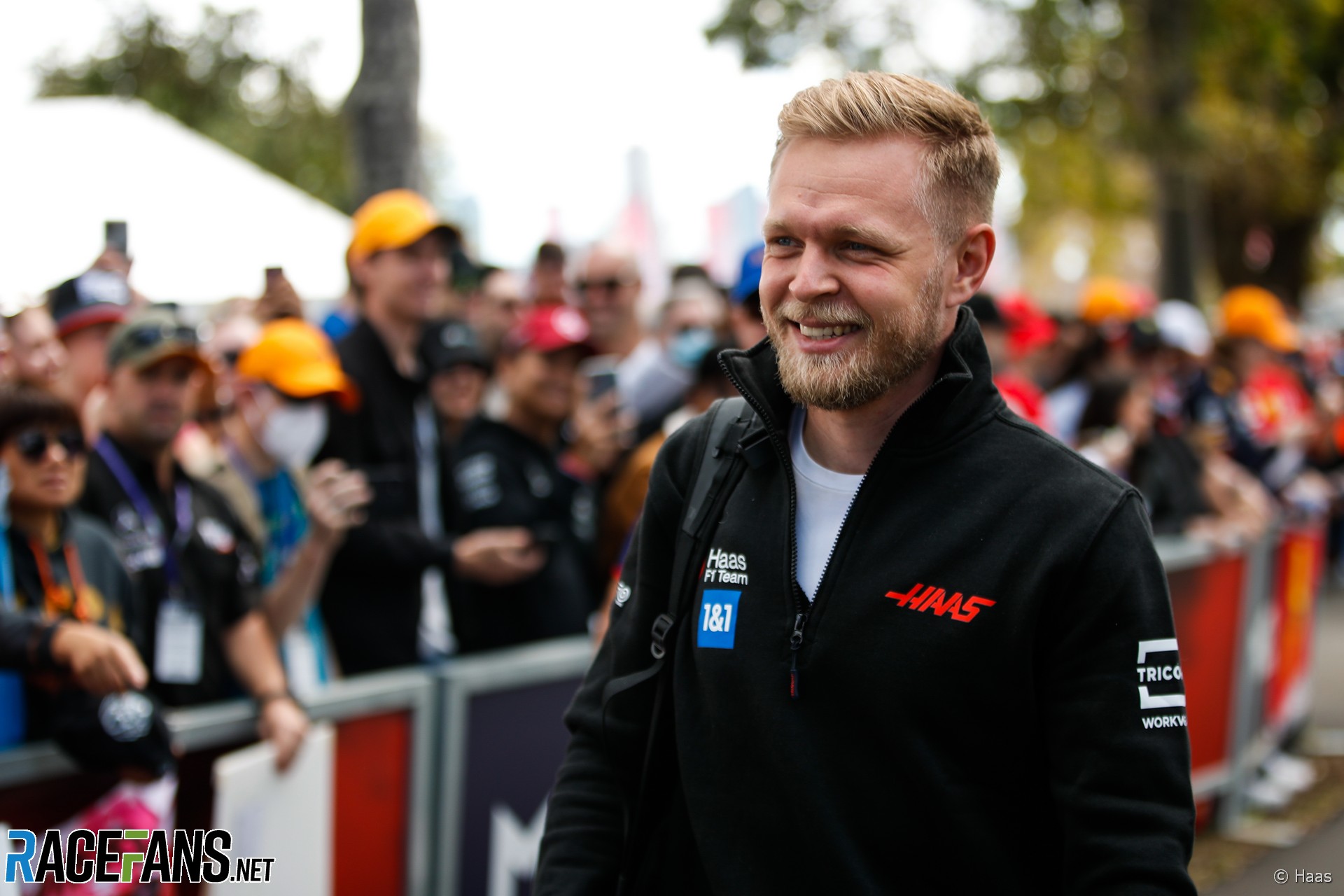 Kevin Magnussen says he supports the track changes made to the Albert Park circuit in Melbourne but hopes they will not make overtaking “too easy”.

The street circuit around public roads that circle Albert Park just south of downtown Melbourne city has been heavily revised for its return to the Formula 1 calendar in 2022. Many corners have been re-profiled or made wider, with the old turn nine and ten chicane in the second sector bypassed completely.

Magnussen says he is in favour of circuits being modified in a bid to improve racing, but admits to having some concerns over whether the changes will go too far in making overtaking easier.

“I had the same thought when I saw the layout on this track that maybe some of it was over the top, maybe,” said Magnussen.

“Removing, at least what was turn nine and ten – I don’t think they needed to do that. But they’ve made a big effort to make the show better and I think that’s a great thing. Tracks doing their best to improve racing is a great thing. Let’s see how it goes in the race.”

The Haas driver, who raced around the Melbourne circuit the last time it held an event back in 2019, says he believes it’s important that circuits strike the right balance between allowing for overtaking opportunities while also not making it impossible for drivers to defend their position.

“I think there’s different opinions of what’s good racing,” he explained. “Too easy overtaking can be bad as well.

“It just kind of puts everyone in their right position, if you want, in terms of pace. It’s kind of like a balance – some tracks have just the right balance to still have some racing, still have some action, but also some opportunity to defend. If you can’t defend – if you just get overtaken if you’re even a little bit slower – then that’s also not a good thing. So it’s about balance, I think. So we’ll see how it is on this track in the race.”

With a fourth DRS zone added on the newly-created straight running from turn eight through to the fast chicane of turns nine and ten, Magnussen expects racing to be “full-on” down the new high speed stretch.

“I think it will be a little better,” he said. “I don’t think into turn nine… you can overtake. You may do, but I’m not sure.

“I think that corner – that they haven’t given a corner number – but with DRS the bend before turn nine is going to be pretty full-on, I think, with the DRS on, I think the cars are going to be quite loose there.

“Also with the cars – in Jeddah with some overtakes than we did last year in the race. So the cars are definitely better at following and I think overtaking, even if they didn’t change the track, I think you’d see more overtaking.”