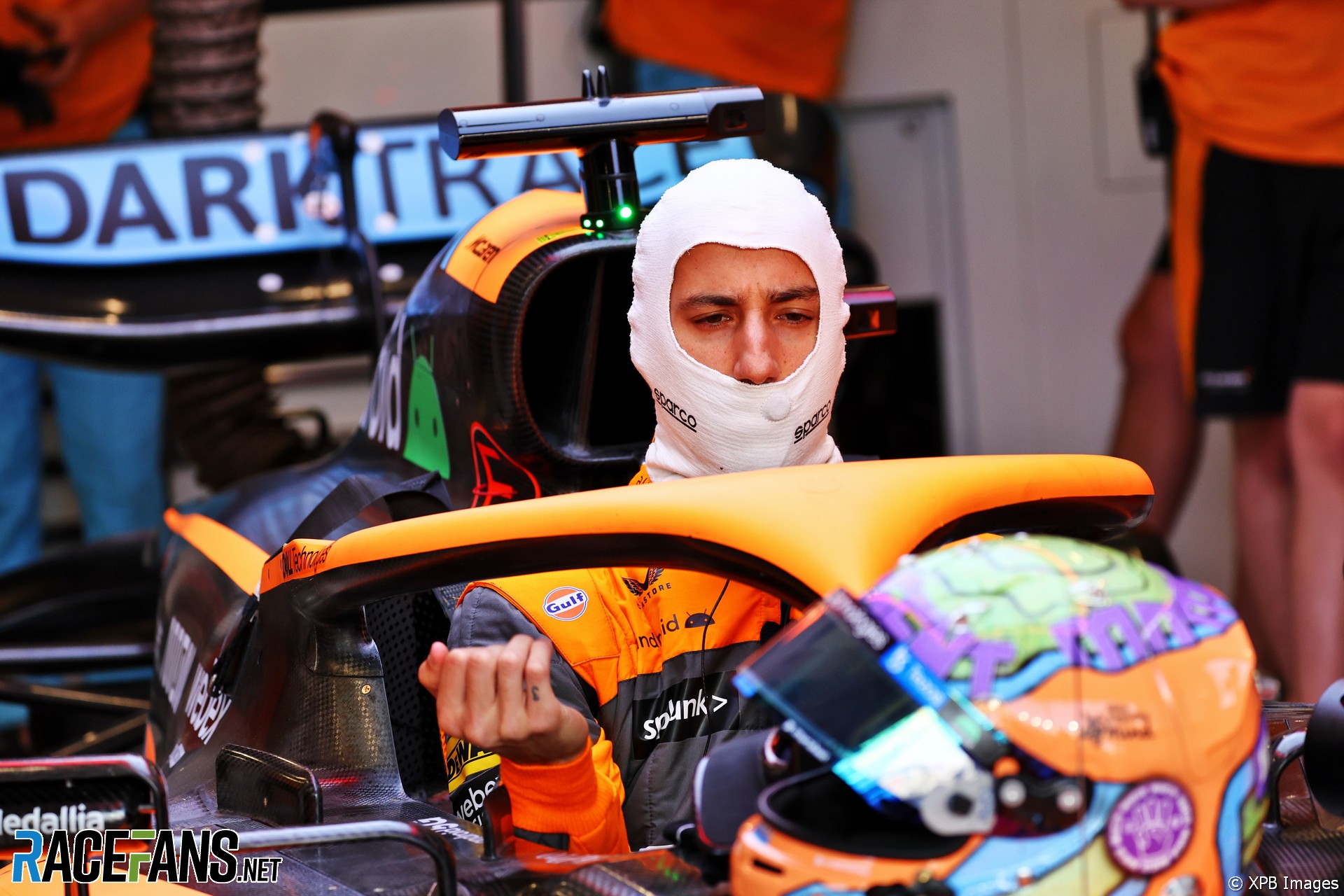 When Formula 1 released a video on social media last week capturing drivers’ reactions to the announcement of its new race in Las Vegas, Daniel Ricciardo was shown joking he “was going to retire” but that he “will no more.”

It was an example of the wisecracking style has won him many fans. Yet he must feel some unease, and perhaps concern over his long-term future, as his career has not delivered the results which were expected of him since he left Red Bull three years ago.

McLaren have suffered their worst start to a Formula 1 season since 2017. Ricciardo and team mate Lando Norris failed to reach Q3 in either of the first two races.

But while Norris recently committed his long-term future to McLaren at 22 years old, Ricciardo is closer to the other end of his F1 career, aged 32, with no sign of a world championship title looming.

Ricciardo’s F1 career started back in 2011 as the Formula Renault and Formula Three champion got his break midway through the season at the back-of-the-grid team HRT, on loan from the Red Bull programme.

He recently said in an interview for McLaren he felt “thrown to the wolves” on his debut “because I was only told a week beforehand that I’d be racing.”

“I wore myself out trying to do too much,” he explained. “It wasn’t the perfect preparation. You’ve only got so many hours in a day and I was trying to take in as much information as I could in a short space of time. I was trying to be a hero when, really, the key was to just get the basics right.”

Regardless of the tricky start, Ricciardo’s energy was infallible, and the ‘Honey Badger’ quickly became a fan favourite as he made his way via Toro Rosso to top team Red Bull in 2014. Ricciardo’s breakthrough was one of the talking points of that season, as he scored his first F1 win in Canada and delivered two more victories in Hungary and Belgium.

He finished third in the drivers’ standings ahead of four-time world champion Sebastian Vettel, who duly left to join Ferrari. It felt like it was only a matter of time until Ricciardo himself became a world champion, with such promising race craft, a handful of wins and the confidence of beating such a highly-rated team mate.

But Red Bull struggled in 2015. Ricciardo’s season was marred with engine woes and a string of bad luck. He rebounded in 2016, finishing third in the standings in his best finish to date.

He also beat his new team mate, a hotshot named Max Verstappen. That result didn’t tell the full story, however, as Verstappen was promoted to Red Bull five races in, won on his debut for the team and finished just 52 points behind Ricciardo in the standings. A new star was rising and the dynamics appeared to change at Red Bull despite Ricciardo out-scoring his new team mate again in 2017.

In 2018, Ricciardo was comfortably beaten by the Verstappen. Not only this, but the partnership was proving to be tense, exemplified by their dramatic, race-ending collision in Azerbaijan. Ricciardo elected to move to Renault, saying he was seeking a new challenge.

Rumours inevitably surfaced that intra-team politics had come into play for Ricciardo at Red Bull. Irrespective of why his departure came about, a good opportunity had seemingly passed him by.

“We put offers in front of him that were stratospheric,” Red Bull team principal Christian Horner said in an interview with Australia’s Daily Telegraph. “But Daniel could see Max in the ascendancy and he didn’t want to become the second driver.

“His timing was spectacularly bad because, obviously, he had doubts about the Honda engine and then [Honda] went on to prove there it was a competitive power unit and a race-winning package.”

Since Ricciardo left Red Bull, the team made huge steps forward with Verstappen alongside a string of interchanging team mates. Their gamble paid off last year, taking him to the title in one of the most memorable and controversial seasons in the history of F1.

Meanwhile Ricciardo’s choice of Renault over McLaren at the end of 2018 backfired immediately. McLaren finished ahead of their engine suppliers in the 2019 standings. Before the pandemic-hit 2020 season made its belated start, Ricciardo opted to switch camps the following season.

That move hasn’t gone quit to plan either. Norris picked up three podium finishes and scored more than double the points of Ricciardo heading into the summer break in 2021.

But Ricciardo came back fighting in the second half of the year, taking McLaren’s first win for almost a decade at the Italian Grand Prix at Monza, Norris finishing second. “Deep down I knew this was going to come, so thanks for having my back,” Ricciardo told his team on the radio after taking the chequered flag. “And for anyone who thought I left, I never left. I just moved aside for a while.”

One of the most promising talents on the grid sent a clear message to those who doubted him. Ricciardo explained his comments after the race: “I appreciate that message was going to be directed at I guess people who did maybe think that I’d checked out and that I was on my way out or a little bit washed up or whatever.

“But still, first and foremost, that message was for me because there were times where I did lose a little bit of faith and I did second-guess myself like, why am I struggling so much? Do I have now a little bit of fear that I’m not pushing the car as much?

“I knew I didn’t, but still when things aren’t going well, some of these questions pop up. So the ‘I never left’ was also for me to be like, I can still do it, I still belong here. And anyone that forgot, then forget no more.”

Ricciardo has admitted homesickness played on his mind at times, particularly during trying moments last season. During the off-season he made it home to Australia for the first time since the pandemic began.

At 32, he still has time to win a championship. But McLaren’s lapse in form at the start of 2022 and Norris’s long-term commitment to the team leaves Ricciardo in an uncertain position once again. Returning to his home race this weekend, a venue where his record is not great (due in part to his 2014 disqualification over a technical infringement which cost him a podium finish), Ricciardo will be keen to impress in front of his home crowd.

The last time he raced at his home circuit was his first race after Red Bull. He made a less than ideal beginning to his new life, destroying his front wing within metres of the start after running off-track.

That didn’t bode well for the years which followed, during which time Ricciardo’s career has veered on- and off-course and the perma-smiling fan favourite at times became an unfamiliar, dejected figure in the paddock. By his own admission, Ricciardo questioned if he had “lost faith” during 2021. He has another trying season ahead in his fourth year after leaving Red Bull.