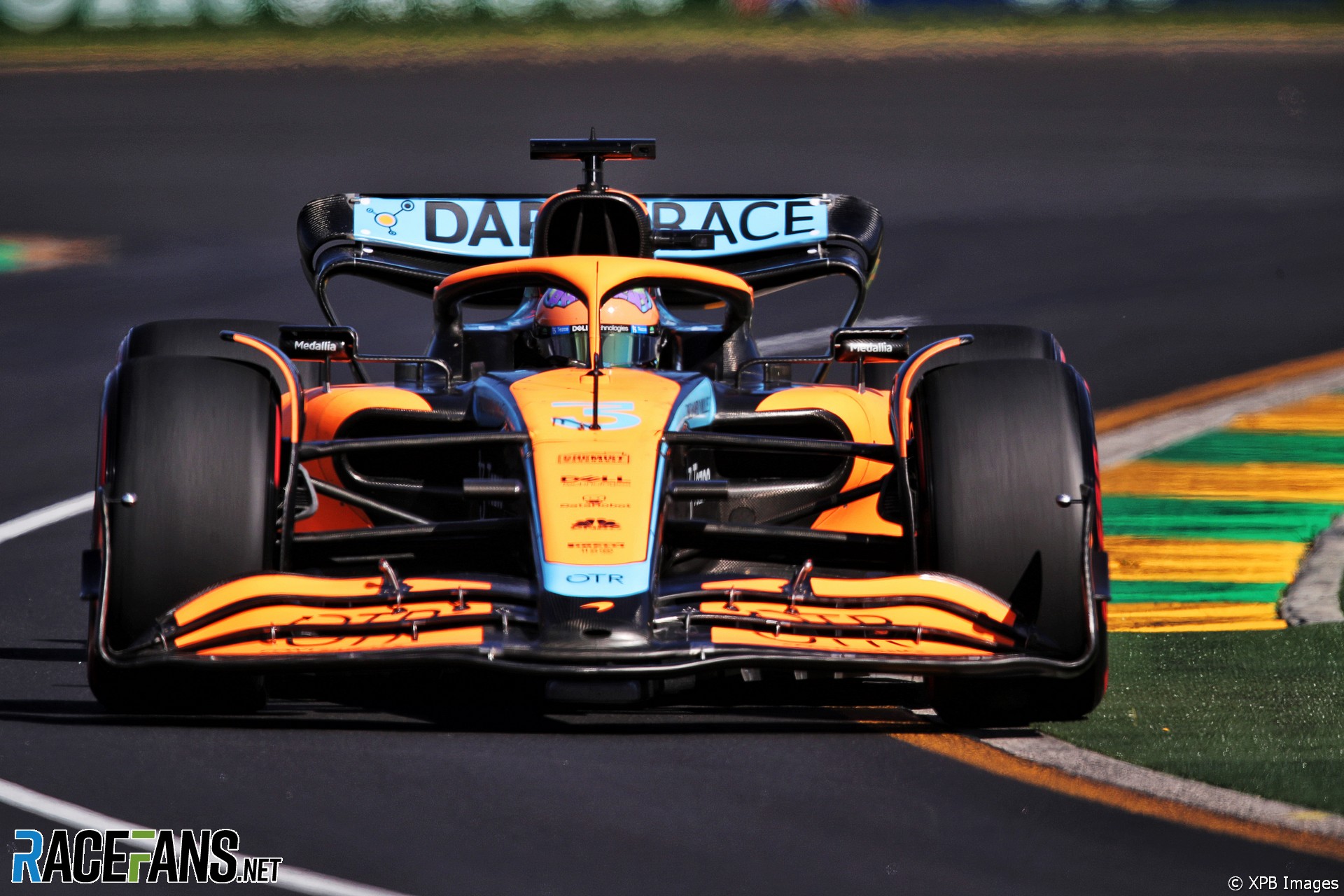 McLaren drivers Lando Norris and Daniel Ricciardo are keeping their expectations in check despite finishing both practice sessions at Albert Park in the top 10.

Norris and Ricciardo set the fifth and eighth fastest times, respectively, in the morning sessions before ending Friday eighth and tenth fastest in the afternoon’s running.

However, despite describing the day as McLaren’s best Friday of the short season so far, Norris says that the improved pace may have more to do with the revised Albert Park layout than the minimal changes to their car.

“It looked alright. It wasn’t amazing – it was decent,” said Norris. “Probably our best Friday so far, so I’m hoping it can continue into tomorrow because we have a good feeling.

“We’re extracting everything we can out of the car and I think we’re doing a good job, but a lot of what you’re seeing is just the track.

“Of course there’ll be some little things that we’re improving. But when I say ‘little’, it’s like maybe one tenth or something. It’s not going to make us half a second quicker or one second.”

Norris believes that McLaren have begun to apply lessons they have learned about their MCL36 over the first two race weekends to help develop the car in the right direction.

“I think we made a few changes, and we’ve learned a bit this weekend already and from the previous few weekends that we’ve implemented and I think that is working reasonably well,” said Norris. “So we’ve taken a small step forward. It’s a good start and hopefully over tonight we can continue that into tomorrow and make a couple further improvements.”

Norris’s team mate Ricciardo felt he was approaching the limit of the car’s performance during the afternoon practice session.

“I think we found a good step this afternoon,” Ricciardo said. “Especially the first part of the session on the medium, I was pretty happy there.

“I think with the soft, we didn’t find as much as we can. So there’s more to come, I think, from that tyre. I felt like I was getting getting on the limit today. I don’t have a second in my pocket, but of course, you’ll find a little more as the weekend goes on.”