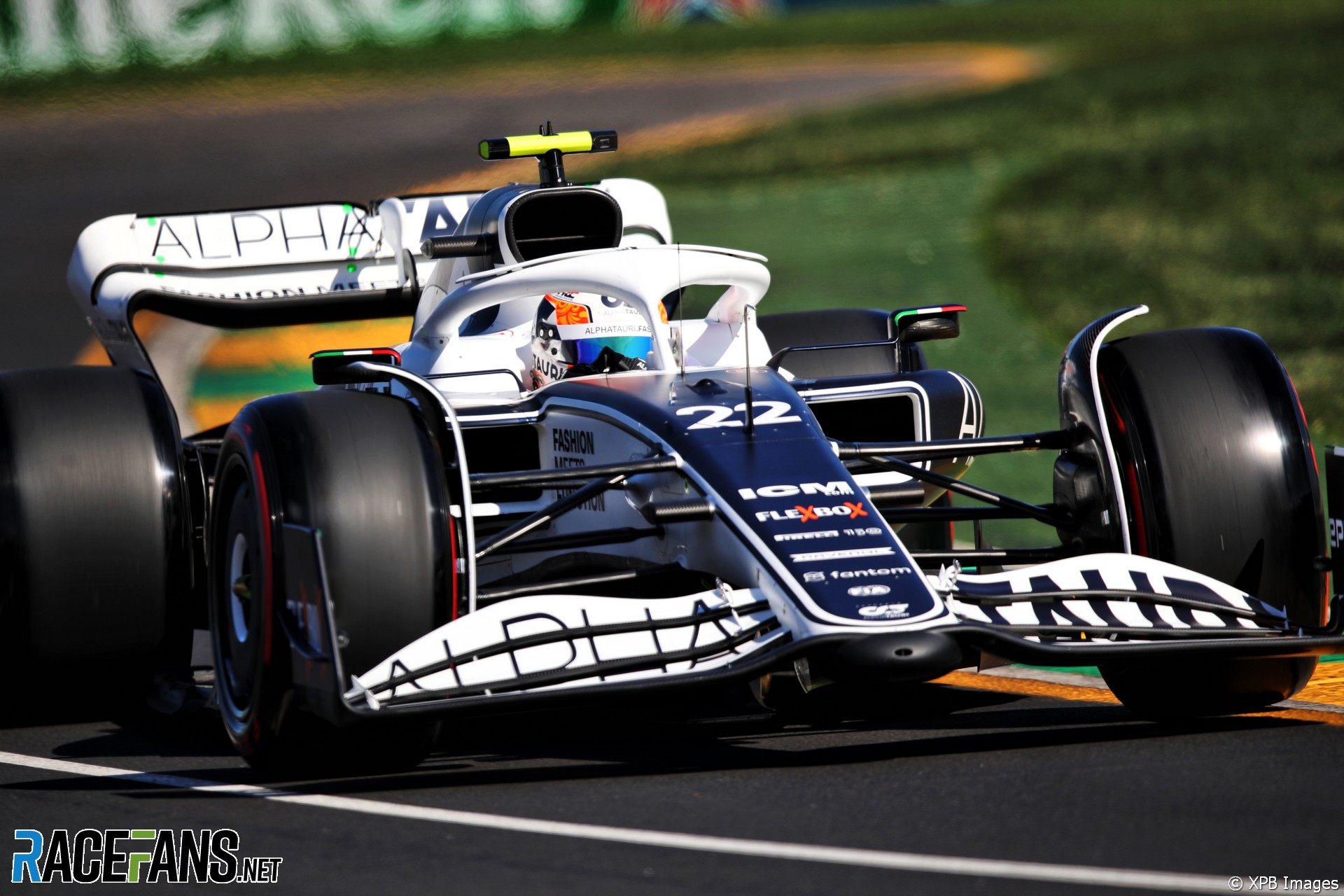 It is the AlphaTauri driver’s second reprimand of the season. He will automatically incur a 10-place grid penalty if he collects a total of five.

The stewards ruled Tsunoda, who is making his debut at the Albert Park circuit, was aware Carlos Sainz Jnr was behind him after leaving the pits but failed to leave room for the Ferrari.

“[Tsunoda] exited [the] pit lane and entered turns one and two knowing [Sainz] was quickly approaching on a push lap,” the stewards noted. “After entering turns one and two, Sainz came up behind Tsunoda, who was moving slowly on the racing line at turn two, and was, therefore, impeded.”

Two other drivers were investigated for impeding in second practice, but not penalised. Lance Stroll was cleared of impeding Sainz while Lewis Hamilton was judged not to have held up Stroll.

The trio were passing through the tight sequence of corners at the end of the lap at the time. In both cases the stewards ruled the drivers did not unnecessarily impede the other car “due to the presence of multiple cars converging on the final corners, all of which impacted the situation.”