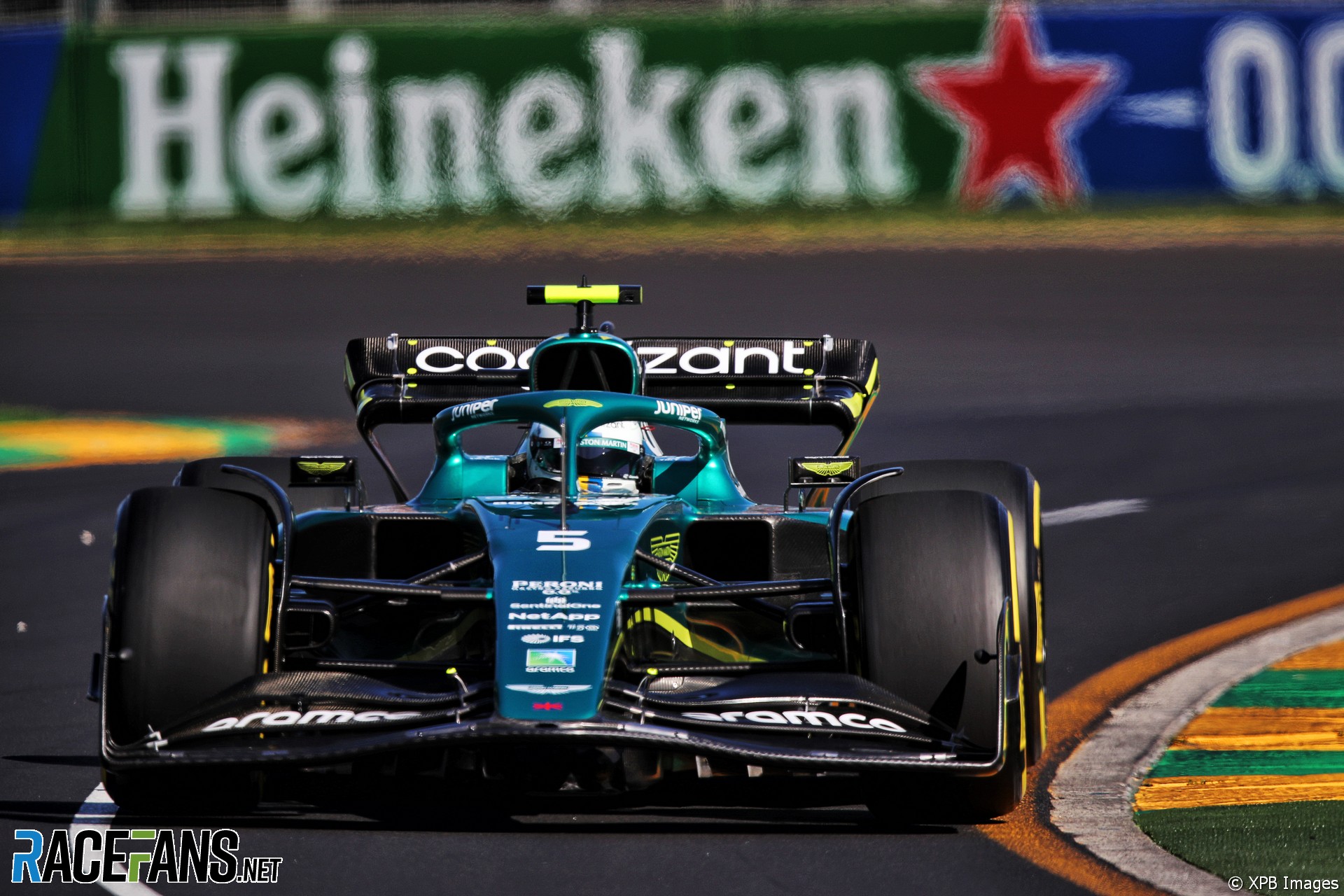 Sebastian Vettel has been fined for riding a moped on the track after the end of today’s first practice session.

The Aston Martin driver used a scooter to return to the pits after his car broke down towards the end of the first hour of running. The stewards found this was a violation of the sporting rules and fined him £4,100 (€5,000).

Having spoken to Vettel, the stewards confirmed he intended for a marshal to accompany him on the scooter, but rode off when he did not appear. He used the track to return to the circuit instead of the access roads around it.

“Car five [Vettel] stopped on the circuit due to a mechanical issue,” the stewards explained. “At the end of the session, Vettel sought a way to return to his pit.

“A marshal was at the location with a scooter. Vettel asked if he could drive the scooter in order to return to his pit. The marshal assented.

“Vettel got on the scooter, expecting the marshal to get on behind him. When he didn’t get on, Vettel departed alone for the pit, without the prior approval to do so. Meanwhile, the marshal was trying to contact race control for instructions.

“In driving on the track to his pit, instead of the designated route, Vettel breached Article 26.7 of the Formula 1 Sporting Regulations, which prohibits anyone from being on the track in the five-minute period after the end of a session, with the exception of specifically identified personnel, which makes no provision for drivers to have such access unless specifically authorised.”

34 comments on “Vettel fined £4,100 for riding moped on track after practice”