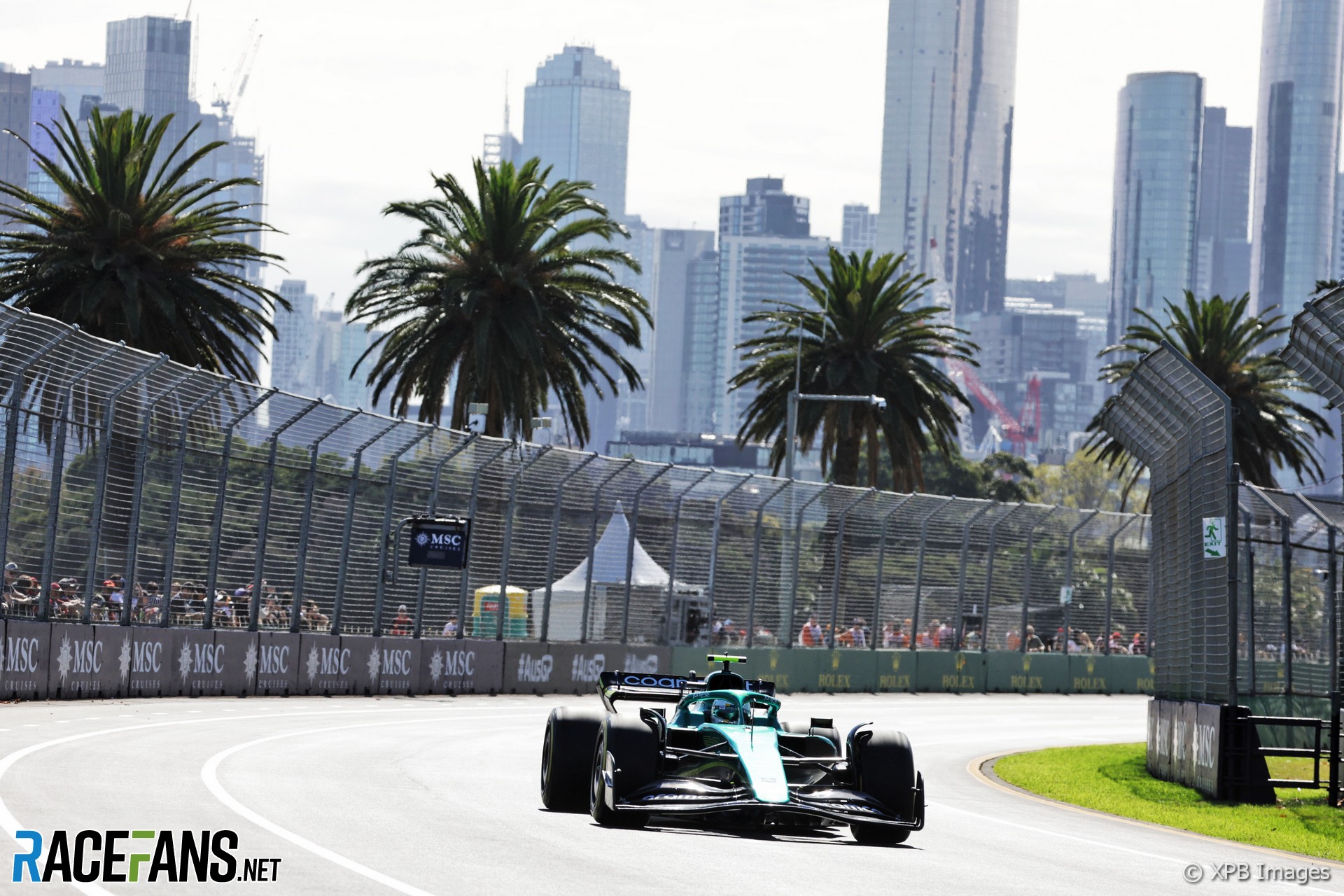 Sebastian Vettel’s ride back to the pits on a moped may land him in trouble with the stewards.

The Aston Martin driver borrowed a moped from a marshal to get back to the pits after his car came to a stop near the end of first practice. The session was red-flagged and Vettel made his way back to the pits on a moped, using the circuit itself to make his return.

Following the session the timing screens confirmed Vettel was under investigation for “entering track without permission.”

For safety reasons, Formula 1’s sporting regulations restrict when drivers may access the circuit. They state: “During the period commencing 15 minutes prior to and ending five minutes after every practice session […] no one is allowed on the track, the pit entry or the pit exit with the exception of […] drivers when driving or on foot, having first received permission to do so from a marshal.”

Vettel left the moped in his pit box after returning to the team’s garage. He is making his return to F1 this weekend having missed the first two races of the season after testing positive for Covid-19.

Four other drivers have been summoned to the stewards for impeding each other during the first session of the weekend. They are Carlos Sainz Jnr, Zhou Guanyu, Kevin Magnussen and Vettel’s team mate Lance Stroll.