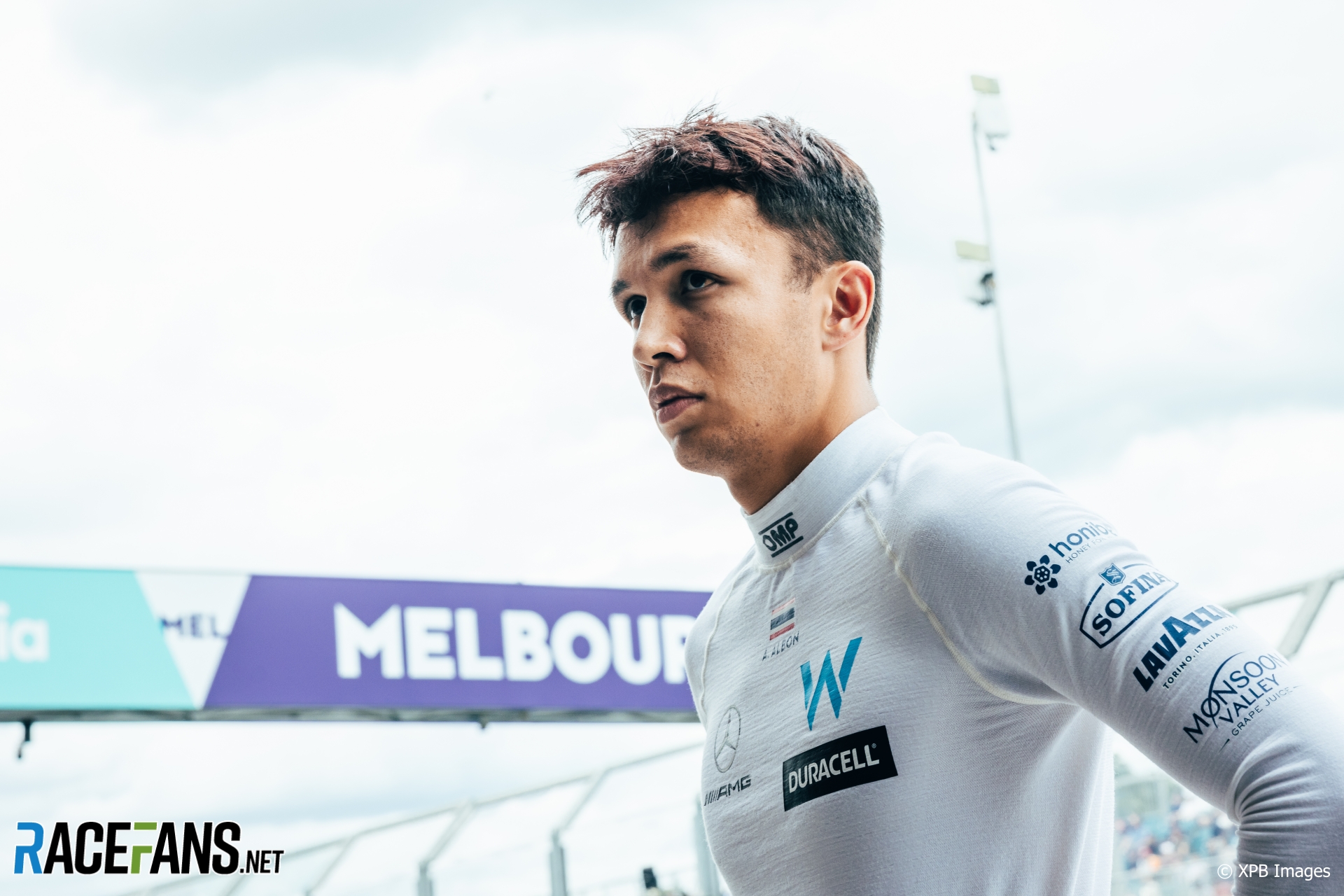 Alexander Albon has been disqualified from the results of qualifying after the stewards ruled his car did not contain enough fuel for a test sample as required by the rules.

“After qualifying car 23 [Albon] had insufficient fuel to yield the required one litre sample,” the stewards noted. “Given this situation, car 23 is not in compliance with the requirements of Article 6.5 of the FIA Formula 1 Technical Regulations.

“The stewards determine to apply the standard penalty for technical infringements. Therefore they took into account that it shall be no defence to claim that no performance advantage was obtained.”

The Williams driver originally qualified 16th and was due to start from 19th having been given a three-place grid penalty for a collision at the previous round. Following his disqualification the stewards confirmed he will be allowed to start the race.

Albon will line up at the rear of the field with Lance Stroll, who failed to set a time during qualifying after colliding with the other Williams of Nicholas Latifi, but has also been granted permission to start.

13 comments on “Albon disqualified over fuel sample, will be allowed to start race”