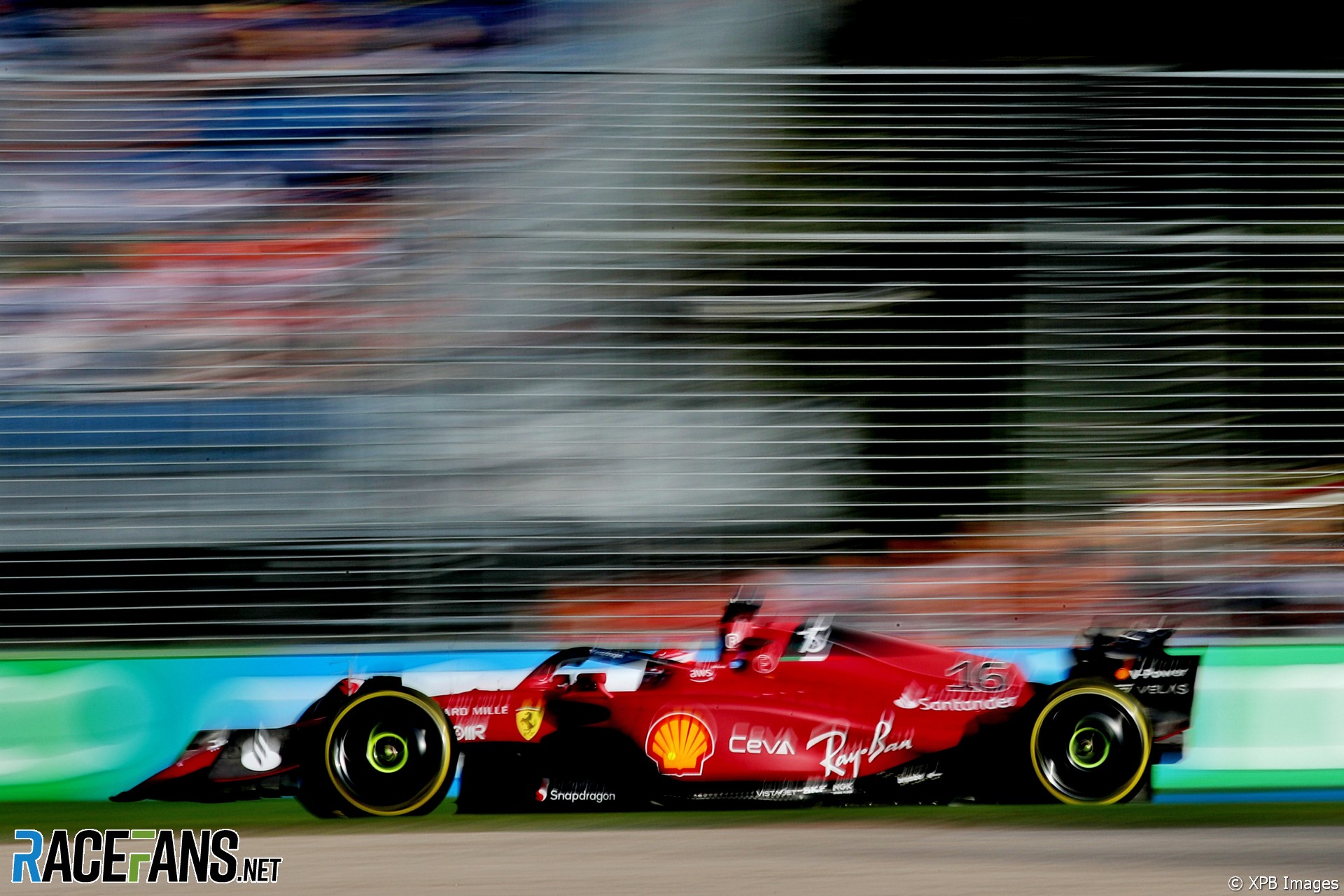 Charles Leclerc admitted he was “surprised” by Ferrari’s pace in qualifying after taking pole position for the Australian Grand Prix by almost three tenths over Max Verstappen.

Leclerc claimed the top spot in qualifying on his final lap, becoming the only driver to break the 1’18 barrier in the process.

Despite running in the top three in every session, Leclerc said he was pleased to have taken pole after a “messy” weekend.

“It felt good,” said Leclerc. “Even more because it’s a track where I’ve always struggled in the past as a driver. I don’t know, it probably doesn’t fit me as well. And this weekend we really worked hard.

Before leaving the pits for his final run, Leclerc told race engineer Xavier Marcos Padros he wanted to run behind team mate Carlos Sainz Jnr, in order to benefit from the slipstream from the other car. However Sainz was delayed leaving the pits due to a technical problem, so this could not be arranged.

Sainz will line up ninth on the grid, leaving Leclerc on his own at the front with the two Red Bulls immediately behind him. Having been passed by Max Verstappen for the win at the previous race, Leclerc is wary of the threat from the Red Bull drivers.

“The car is nice to drive but the Red Bulls were very quick in P2 in during the long fuel run,” he said. “But to be honest we were quite surprised by our pace in qualifying.

“So everything is possible tomorrow, we just need to do a good start and then hopefully we can keep that first position.”