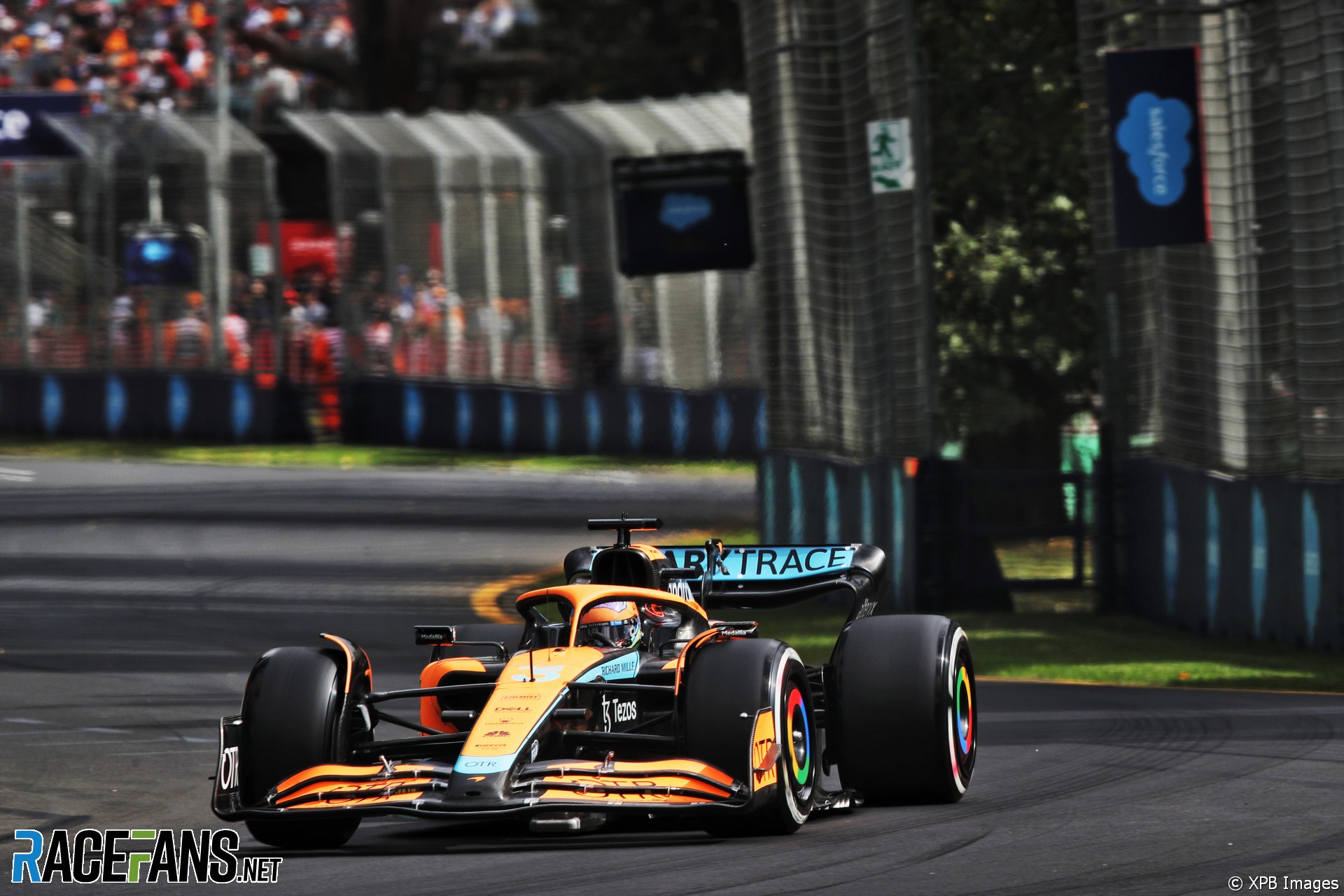 Lando Norris was the fastest driver in final practice for the Australian Grand Prix in which both Aston Martin drivers crashed out of the session.

Norris’s best time of a 1’19.117 was enough to see him end the session quickest of all, one tenth ahead of Charles Leclerc’s Ferrari.

Sebastian Vettel crashed after losing control of his car through the high-speed chicane of turns nine and 10, before Lance Stroll compounded Aston Martin’s problems by crashing at turn 11 at the end of the session.

Minutes before final practice was due to begin, FIA race director Niels Wittich informed teams that the fourth DRS zone added for the Australian Grand Prix along the back straight would be deactivated for the rest of the weekend. That may have explained why teams were not quick to take to the circuit in the early minutes of the session as they adjusted their set-ups to suit.

Red Bull were the first to set representative times on the medium tyres, with Sergio Perez just hundredths of a second faster than team mate Max Verstappen. Ferrari then took to the track on soft tyres, with Carlos Sainz Jnr setting the quickest lap time ahead of Leclerc.

Lewis Hamilton had a lucky escape at turn 11, running off the track under braking for the tight right-hander and onto the gravel, brushing against the tyre barrier. Thankfully for Mercedes, Hamilton continued without suffering significant damage to his car.

The same could not be said for Vettel, however, who crashed heavily on the exit of the fast chicane of turns nine and 10. The Aston Martin driver, who was unable to take part in yesterday’s second practice session due to a power unit failure, lost control on his fifth lap of the day in the right-hand kink, causing major damage to his AMR22 and bringing out the red flags.

When the session resumed, Fernando Alonso put Alpine to the top of the times on the soft tyre. Perez went quickest, before Alonso improved to go quicker still. Max Verstappen took to the track on the mediums, but appeared to be struggling with the balance of his Red Bull, most clearly when he spun at the turn 13 hairpin at the end of a push lap.

George Russell had a trip through the gravel at turn three, but managed to avoid the barriers. Lando Norris then suddenly jumped to the top of times in the McLaren with a 1’19.117 on the softs.

With under five minutes left of the session, practice was stopped for a second time for a second crash involving an Aston Martin as Stroll had hit the barriers at turn 11, causing major damage to the front of his car. With so little time remaining, the session was not resumed, leaving Norris as the fastest driver in the final practice session.

Leclerc was second fastest in the Ferrari, ahead of Perez in the Red Bull. Alonso was fourth fastest for Alpine ahead of Sainz in fifth, with Daniel Ricciardo sixth, half a second slower than his team mate. Verstappen ended the session seventh fastest, ahead of Hamilton, Valtteri Bottas and Yuki Tsunoda.