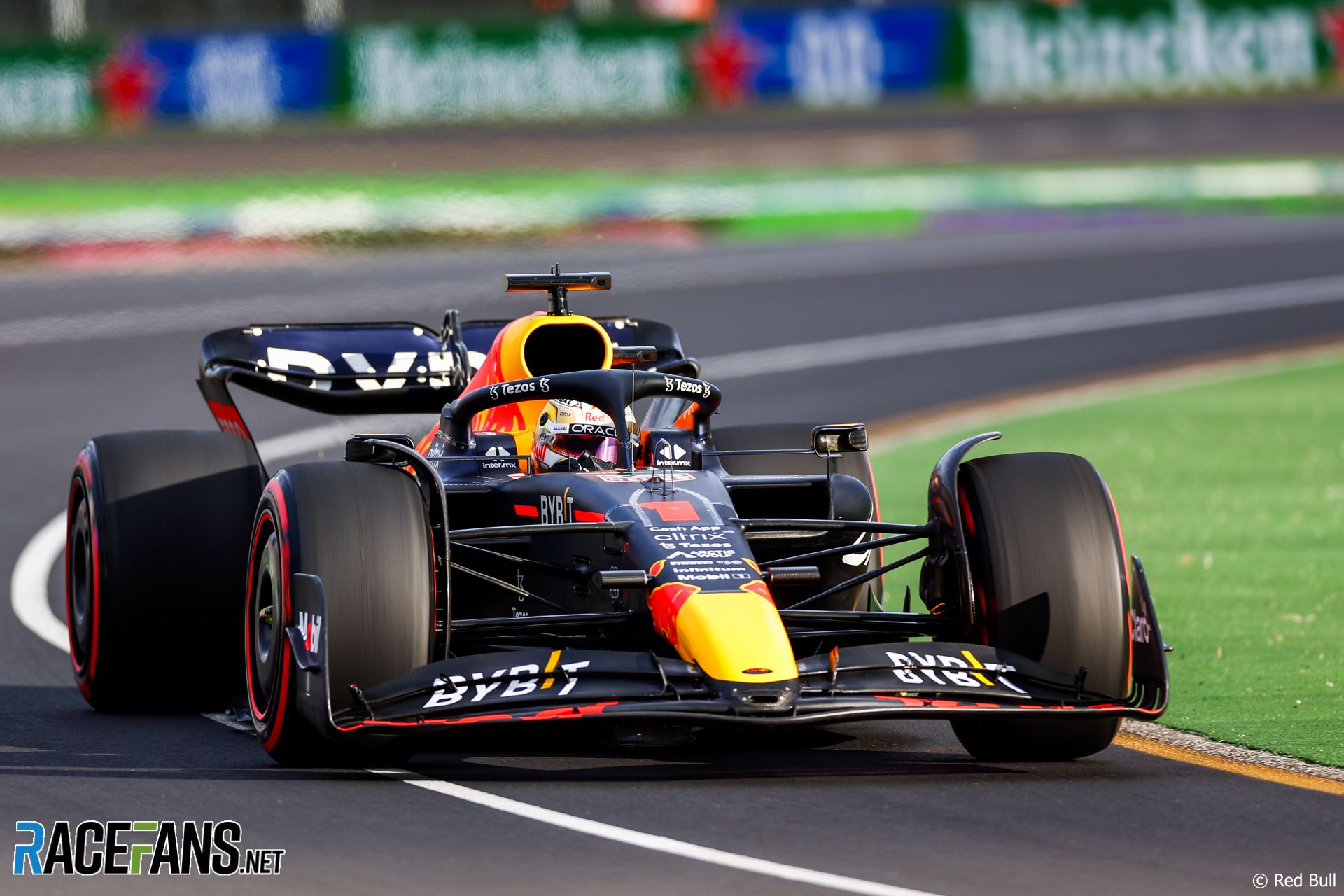 Max Verstappen again questioned the consistency of the grip from his tyres after qualifying second for the Australian Grand Prix.

The Red Bull driver told his team during Q3 he was unhappy with the grip he had from one of his new sets of soft tyres.

“Mate I don’t know what’s happened with this set again, it felt shit,” Verstappen told race engineer Gianpiero Lambiase. “It’s so weird. Just not the same. I find it unbelievable.”

After Lambiase acknowledged the message Verstappen added: “We really need to understand why these sets feel so different.”

Verstappen made similar comments during qualifying for the previous round in Jeddah, saying he had “zero grip” and found it “shocking.”

Speaking after today’s qualifying session, Verstappen said he had been dissatisfied with his car’s handling since the event began.

“I didn’t really feel good in the car the whole weekend so far,” he said. “I think there’s not been one lap where I actually felt confident, so a bit of a struggle.

“Of course, second is still a good result but [I’m] just not feeling that great to go to the limit. So we’ll try to analyse it.”

He is hopeful his car will prove more predictable in the race tomorrow. “Probably in race pace, everything stabilises a bit. But for me, this weekend so far has been all over the place.

“Of course, we’re happy to be second, but of course, I think also as a team, we want more.”