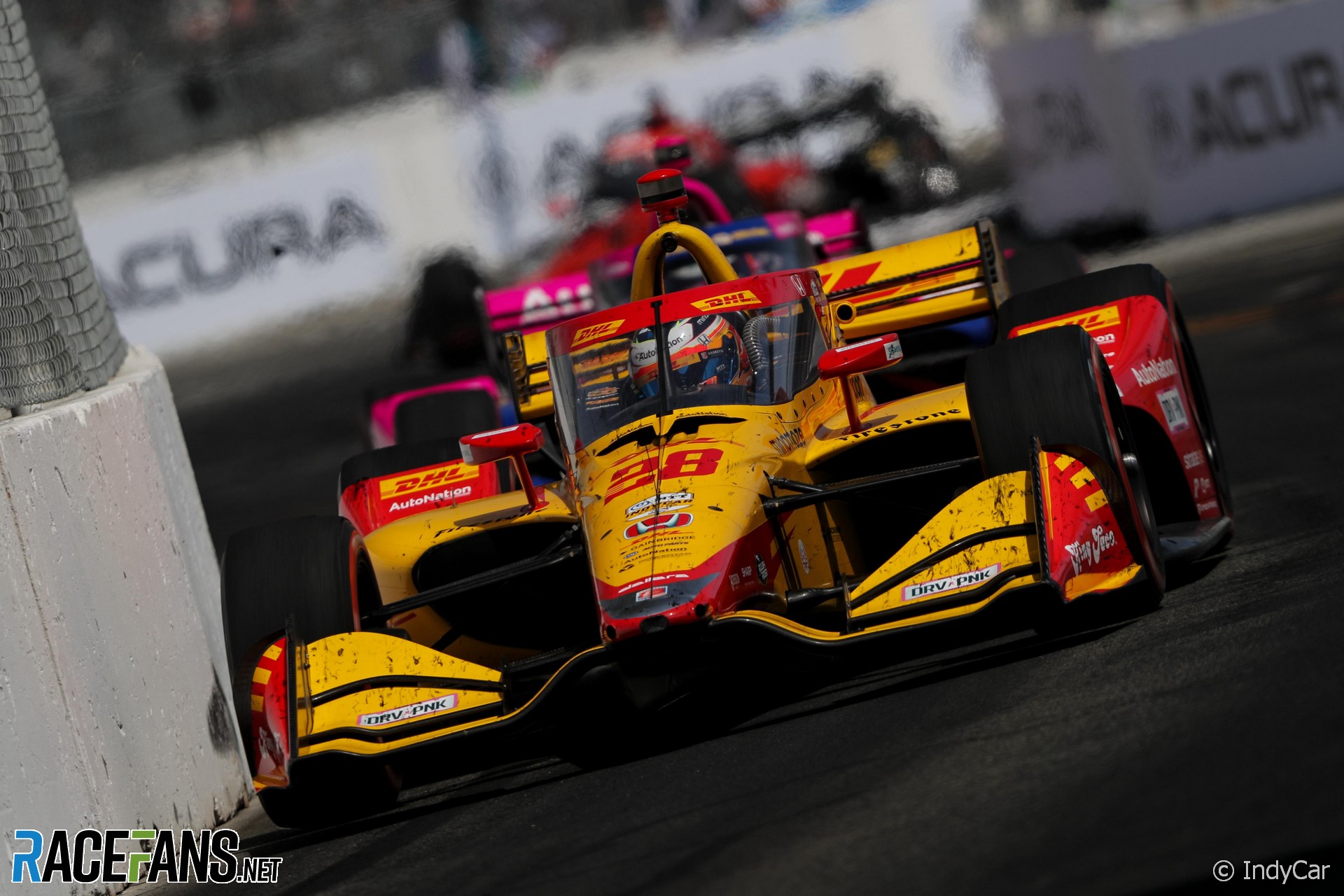 Romain Grosjean equalled his career-best IndyCar Series result at the Long Beach Grand Prix, and scored his first podium as a member of Andretti Autosport with a second-place finish.

But he admitted after Sunday’s race that he may not have had to fight as hard for a podium, and could even have scored his maiden IndyCar win, had it not been for his mistake in qualifying on Saturday.

“The car is straightforward to drive, there’s one thing I need to improve to make it a touch more to my liking, but I think we’ve got a very strong baseline and a car that can go super-fast,” said Grosjean. “It was my fault I just didn’t qualify well.”

Grosjean advanced to the final round in qualifying and was set to start on the front row before crashing out of the session, causing a red flag. Under IndyCar’s rules, that meant Grosjean lost his fastest two laps of the session, and was moved down to sixth on the grid.

“I wish I would have started second, it would have made my day a lot easier – but yesterday was what it was,” he said.

Grosjean finished after passing Alex Palou and applying pressure to eventual winner Josef Newgarden. The Andretti driver’s cause was aided by a switch to the soft alternate ‘red’ tyres while most of his rivals stayed on the primary compound.

“I’m glad we stick with our strategy which was ‘red-black-red’, the new reds at the end worked well,” Grosjean said.

However Grosjean burned through all 200 seconds of his allotted Push to Pass before the end of the race, spending more than he anticipated trying to get past Palou for second.

“Through the race, at the beginning, I didn’t want to get stuck behind some drivers that were on a different strategy,” he explained. “I was behind Scott Dixon for a while and I knew he was on a three-stopper. I used some [Push to Pass] there before the pit and after the pit, trying to make some good way ahead.”

By the end of the race “I had 30 seconds or 40 seconds left” said Grosjean. “I used 15 on the straight with Alex, but he had a really good brake into to turn one.

“Then I tried again on the next lap, which was my 30 seconds gone! At the last pit stop I still had 100 seconds, and I thought I was good – but it just disappeared.”

It left him with no more Push to Pass to help him get by Josef Newgarden for the victory by the very end.

“I just couldn’t quite pass Josef. I thought the win was here today, but when his tyres were up to temp, it was just hard to pass.”

Grosjean’s second-place finish equals the best result of his IndyCar career to date. He finished second in both races on the Indianapolis Motor Speedway road course last year.