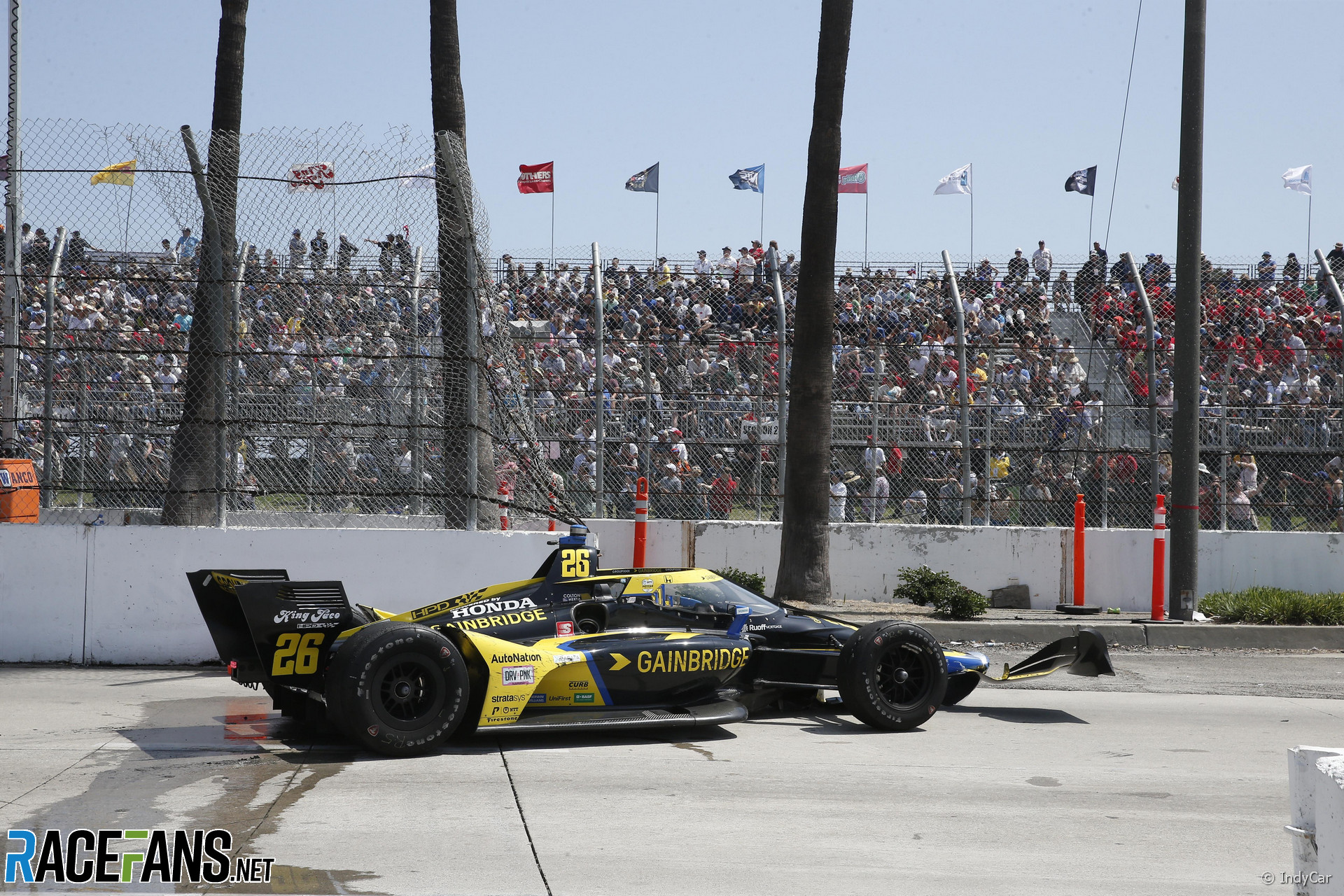 Colton Herta was on his way to winning his second consecutive IndyCar Grand Prix of Long Beach last weekend. But he crashed out trying to chase down Álex Palou and eventual winner Josef Newgarden, in an error which drew immediate comparisons with his retirement from last year’s race in Nashville following a dominant drive.

Herta didn’t mince his words after crashing out on the 56th lap. “It’s just a stupid mistake,” he told NBC.

“I just braked a little bit too late, got in there, locked the front front and that’s it.”

Herta set a new Long Beach track record in qualifying and led the opening 28 laps of the race before making his first pit stop. That dropped him back behind Palou and Newgarden to third place.

“We were definitely in that thing,” said Herta, “we were running good there in third, and keeping up with Alex and Josef so it’s unfortunate. I feel really bad.”

Eight months ago in Nashville, Herta dominated proceedings early, leading 39 laps before ending up behind Marcus Ericsson after the last round of pit stops. He crashed out with six laps to go while chasing his Ganassi rival.

Herta’s seemingly impervious form at his home race hit an early snag when Newgarden left the pits ahead of him on lap 30. Defending IndyCar champion Palou got past the pair of them by pitting two laps before Herta.

“I was surprised – I didn’t know how that happened, so we’ll have to look a little bit more into that,” said Herta. “But the car was fantastic. My engineer Nathan [O’Rourke] gave me a great car. I just overdid it a bit today.”

After three races, Herta is 11th in the IndyCar drivers’ standings heading into the upcoming round at Barber Motorsports Park on 1 May.