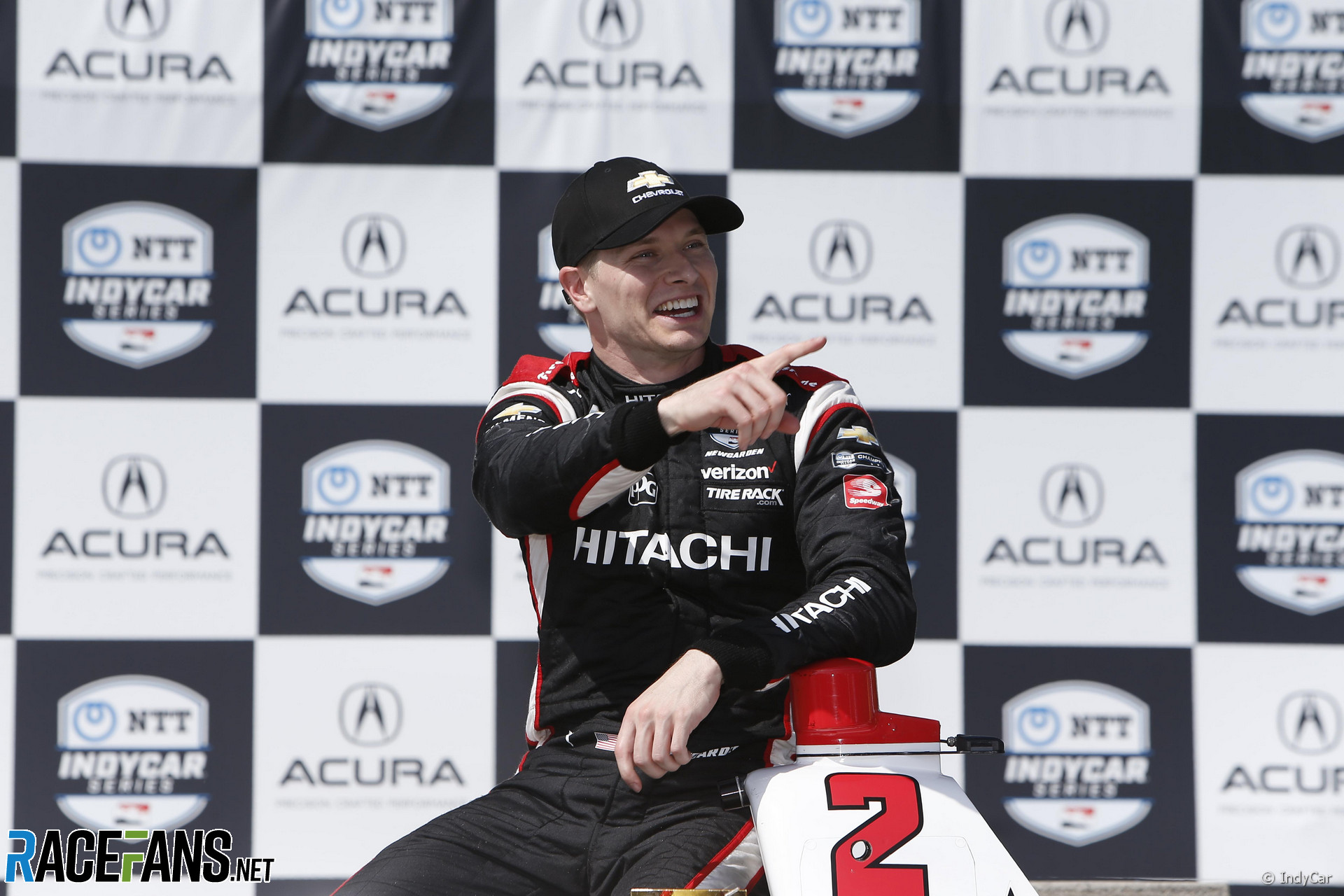 “The funniest bit about this whole weekend,” Newgarden recalled, “was when I left this press conference after qualifying, there was some dude from the LA Times and he came up to me right before I hit the stairs and he goes: ‘Josef, one question at what point does Colton Herta check out tomorrow?'”

“I thought it was just such a bizarre question. I went to bed last night, and I go, ‘You know what? That kid is not checking out tomorrow. There’s no way. He’s just not going to do it after I heard this from this person.’ And he didn’t.”

Newgarden said he ordinarily tries not to respond to negative comments from others. “There’s obviously athletes we can look at over the years that sort of use it as fuel,” Newgarden said, referring to the example of basketball star Michael Jordan. “I don’t know that I’m wired that way.”

However he found the question “really funny” given the competitive nature of IndyCar racing. “You’ve got to be really confident to think that in the IndyCar series that you know exactly what’s going to happen. I would not bank on that these days, not in IndyCar.”

Herta led from the pole for 28 laps. But Newgarden jumped ahead of his rival when they made their first pit stops, and Herta later crashed out of the race.

Instead of Herta, Newgarden spent the final phase of the race fighting off Alex Palou and Romain Grosjean, ultimately hanging on to take his first ever victory at Long Beach.

“We came here to fight,” said Newgarden. “Alex Palou was super fast. I thought he was a very deserving winner if it would have played out that way, and I thought we were quick today and we put up a good race. So I’m just really proud of our team.

“It’s a huge pleasure to finally be able to win around this place. I’ve been coming here for 11 years. I remember my first race here in 2011 – I was running in Indy Lights and I stuck the car in the fence with about two to go in turn eight.”

“I’ve never had a victory here, so it’s pretty special to finally get one.”

Newgarden’s second win of the season puts him at the top of the IndyCar standings after three races. The two-times champion is now targeting success in the series’ biggest race he is yet to win.

“You can go your whole career and not win the Indy 500, and I accept that if that’s the case, but I’m not going to go down without a fight,” said Newgarden. “I would love to do that for our team. It’s a tough one to win. I think that’s what makes it so special.”