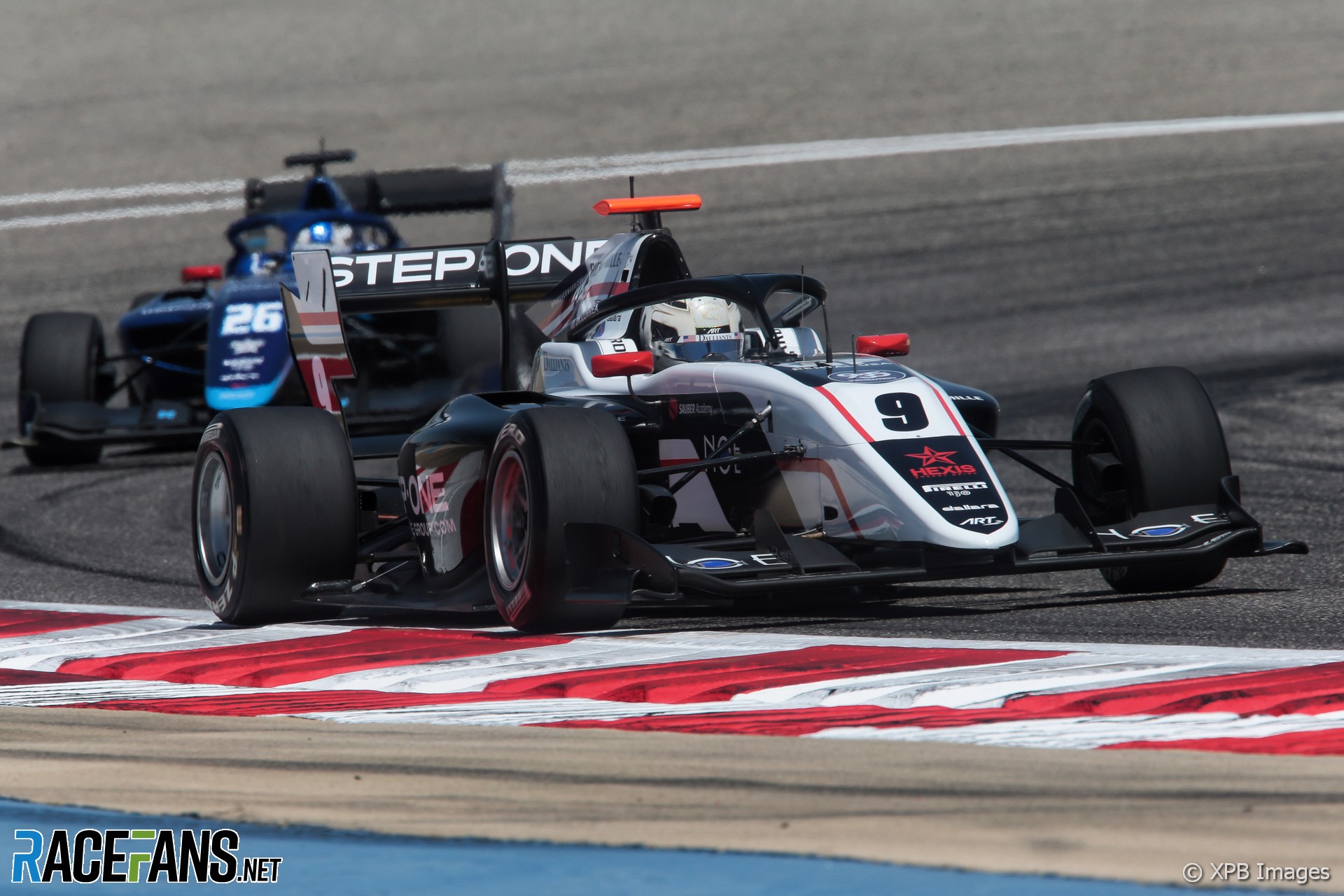 Juan Manuel Correa will not participate in this weekend’s Formula 3 round at Imola due to a leg fracture which developed following the start of the season.

The ART driver, who lies fifth in the standings after the opening round in Bahrain last month, said he was “very sad” to have been forced out of the event.

Correa revealed two weeks ago he had suffered leg pain during the first F3 weekend and again during the subsequent test at Jerez. Following an MRI scan, he was discovered to have a fracture that required several weeks rest to recover.

At the time, Correa was ruled out of the further F3 test and an ELMS round he had been due to compete in at Paul Ricard, admitting that the Imola F3 round was “in doubt.”

In a social media post today, Correa said “I’ve taken the difficult decision not to race in Imola. Very sad to not be there, but after assessments with my doctors, and with the profile of the injury, we feel the risk of making the injury worse is too high.

“I’ll be cheering ART GP on from home and I hope to be back soon.”

Correa suffered severe injuries to both his legs during the Formula 2 crash at Spa in 2019 that took Anthoine Hubert’s life. Following more than 20 surgeries and a spell in a medically induced coma, Correa returned to racing in F3 last season.

ART confirmed it will not run a replacement driver in Correa’s car. “Victor Martins and Grégoire Saucy will be the only two ART drivers racing this weekend,” the team said. “We wish JM a quick recovery. See you soon on track.” Following the Imola round there is a four-week break until the next event in Spain.

Meanwhile a replacement has been announced for Formula 2 driver Cem Bolukbasi who will miss the Imola rounds after being diagnosed with a fractured rib. Charouz announced today David Beckmann will return to the team to stand in for him this weekend.

A further replacement in Formula 3 will see Ayrton Simmons leave his Charouz seat for what’s presumed to be a one-off return by David Schumacher. Simmons competed in the first round and ran the first in-season test but was replaced by Schumacher for the second test, in Barcelona.