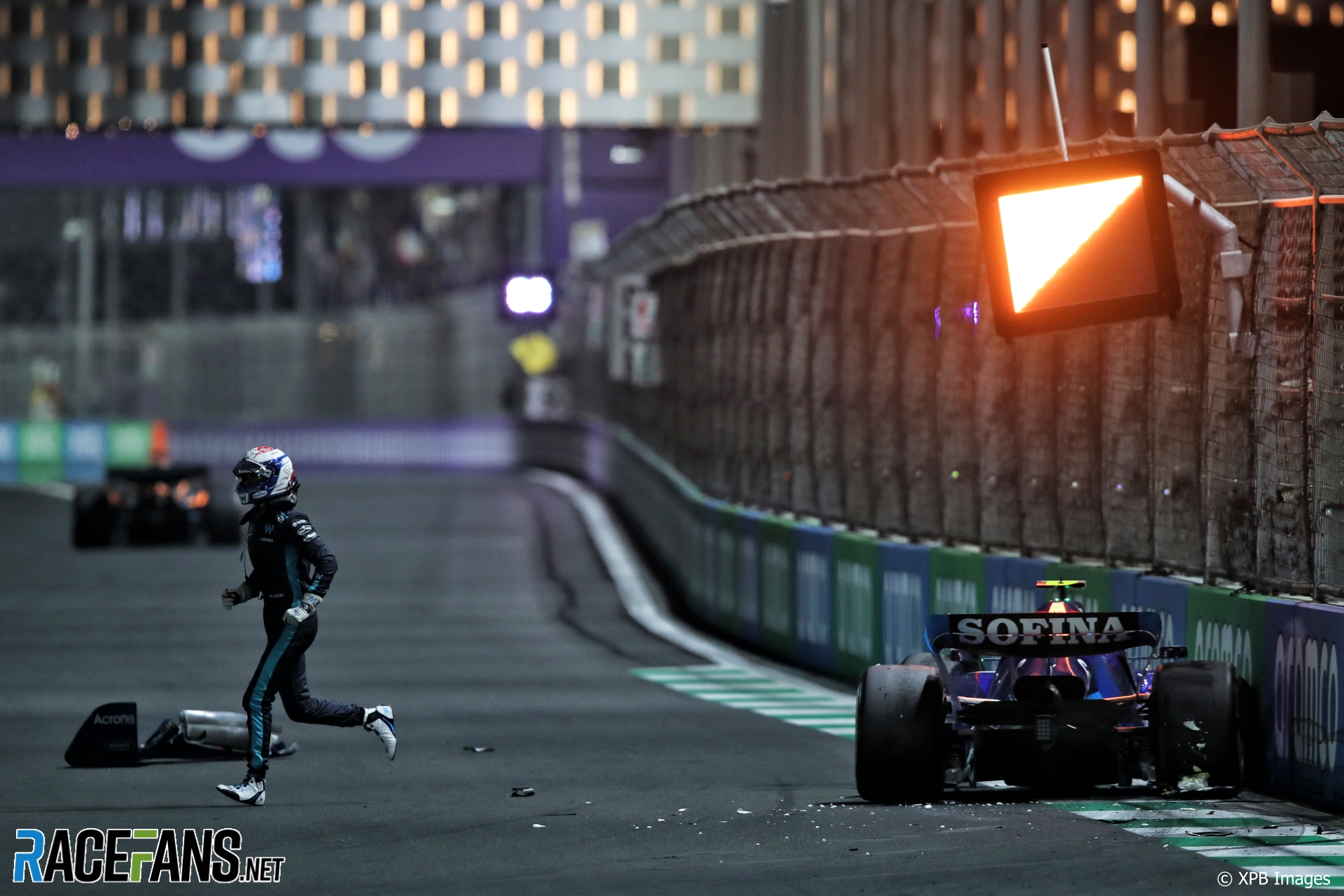 The introduction of sweeping new technical regulations for the 2022 Formula 1 season was always going to make this a year of profound change for the series.

But other alterations besides new aerodynamics and tyre specifications are responsible for a fundamental change in the character of F1 racing.

The latest car specifications are a significant step forward in safety over those which went before. Learnings have been taken from major accidents such as Romain Grosjean’s 2020 Bahrain shunt. Not to mention the tragic Formula 2 crash at Spa the year before, which claimed the life of Anthoine Hubert and left Juan Manuel Correa with serious injures.

But these safety improvements bring a performance cost. Impact absorption structures and anti-intrusion panels add mass. During the gestation of the new 2022 (previously 2021) rules the minimum weight level was raised repeatedly, and now stands at 798 kilograms, which is still below what some teams have been able to achieve.

Since Fernando Alonso made his F1 debut two decades ago F1 car weights have risen by around 25%. This has had an inevitable effect on their handling.

Compared to 2021 “the cars are 60kg heavier, so it’s like last year instead of putting 100 kilos [of fuel] in for the race you put 160,” said Alonso. “So everything will feel like in slow motion, maybe on TV as well.

“We did an exhibition with the R25 in Abu Dhabi [two] years ago, and that car is 200 kilos lighter. So on TV, it felt very reactive and very sharp. I guess the heavier the cars are, the less feeling on TV of speed you get. So maybe that’s the consequence of these cars.

“But at the same time, they are very safe. The cockpit area has been reinforced a lot after the Grosjean accident in Bahrain. Also, the engines are a little bit more sustainable with the fuel.”

While several drivers have commented on the ponderous performance of this year’s cars in low-speed corners, Alonso suspects the difference will be forgotten quickly enough.

“It is the same for everybody,” he said. “I think it’s just a matter of getting used to it. Maybe after eight or nine months, you don’t remember the last generation of cars.”

While F1 is making strides with the safety of its cars, the series has also become bolder with its approach to track design. It increasingly gives input into the layout of new tracks and changes to existing circuits.

The newest addition to the F1 calendar, Jeddah Corniche Circuit, was described by one driver as “definitely the most dangerous place on the calendar”. Drivers pressed for safety improvements between its first race in December last year and its return last month. But many of them also loved the challenge it offered.

Other venues F1 visited recently were radically reworked to make them quicker. Many of the changes were made with the 2022 cars in mind.

Yas Marina was overhaled just 12 years after the purpose-built facility opened, to do away with a series of slow corners and install quicker ones. The changes to Albert Park, scene of the last race, were in a similar vein. Multiple seconds were slashed off lap times at both venues.

A glance at F1’s coming attractions reveals more of the same is coming. Miami International Autodrome, which will hold its first race next month, features more Jeddah-like quick sweeping corners, though not to quite the same extreme. The new Las Vegas circuit could see some of the highest top speeds on the calendar, the Alpine drivers predicted, thanks to its near-two-kilometre blast along the famous Strip.

The deaths of Ayrton Senna and Roland Ratzenberger during the 1994 San Marino Grand Prix at Imola, the next venue on the calendar, prompted a complete rethink in the sport’s approach to safety. A generation of new tracks were constructed with slower corners and larger, often asphalt run-offs. Existing venues were remodelled or even replaced.

In recent years quicker tracks have been embraced. Through radical safety advances such as the Halo, great strides have been made in allowing cars which reach over 300kph to withstand terrific impacts with their surroundings and each other.

Haas driver Mick Schumacher emerged from a ferocious crash in Jeddah unharmed and would have been able to race the following day had his team been willing to risk their dwindling stock of spare parts. His team mate believes the kind of risk and reward offered by Jeddah is exactly what F1 should be about.

“It’s more exciting when there’s something at stake, when a mistake is more costly,” he said. “It just makes it more exciting.

“There’s a reason that most drivers will say they love driving in Monaco because it’s high risk. There’s a direct consequence if you make a mistake. It just requires more of the driver. So I like that.”

Magnussen raved about Jeddah after his first visit to the track last month. “I loved driving in Jeddah,” he said. “That track is more extreme than most F1 tracks. It just feels so fast driving there, you really feel like you’re on the limit.”

He believes the sport has struck a good balance between ensuring drivers are punished for making mistakes without unnecessarily endangering them.

“The safety in the Formula 1 cars is so good these days, it’s improved massively and it continues to do so,” he said. “That’s all that work from the FIA and from GPDA has really paid off. I hope to see that trend continuing, I believe that it will.”