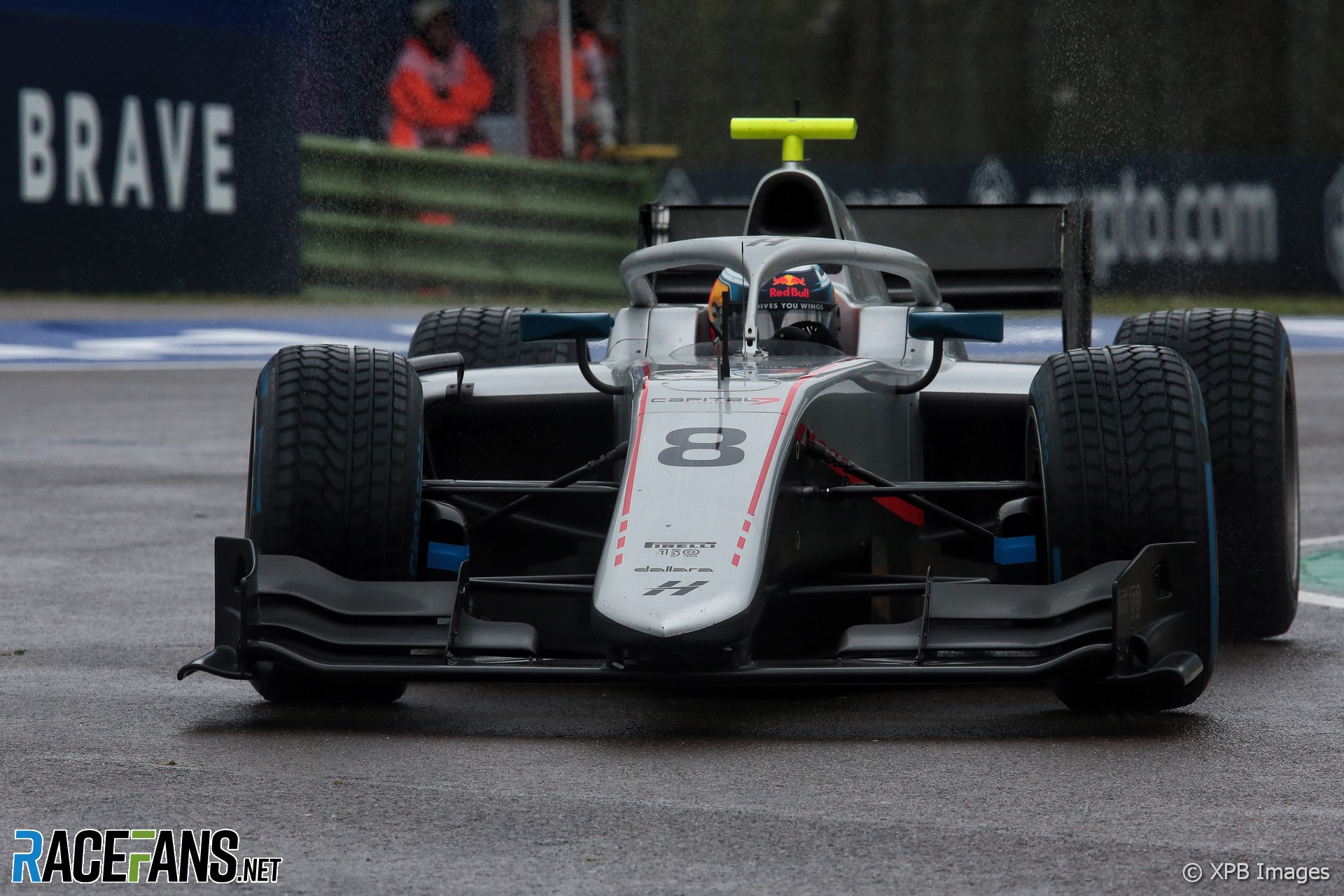 Jüri Vips has taken pole for the Formula 2 feature race in Imola after a session held in darkening conditions on a greasy track.

The drivers had covered few laps before qualifying began. Running during the series’ delayed practice session had been heavily interrupted by three red flags.

By the start of qualifying, which was delayed by the late-running Formula 1 qualifying session, the light level was already fading as drivers headed out on full-wet tyres. Vips established the early pace with a time of 1’41.599.

Olli Caldwell went into gravel just over five minutes into the half-hour session, bringing out a red flag while his Campos car was retrieved. As with all junior categories, the clock continued to run during the red flag period, but Caldwell’s car was quickly retrieved by marshals and the session resumed with 21 minutes remaining.

Vips brought out a yellow flag briefly by going off at Tamburello but was able to get going again, with drivers seeming to struggle most for grip during the middle phase of the session.

Jake Hughes experienced a violent bump over kerbs while wrestling the car at Tamburello. Meanwhile Logan Sargeant was placed under investigation by the stewards for potentially impeding Hughes.

Ralph Boschung finally improved on Vips’ time in the last six minutes, setting a 1’40.697. Jehan Daruvala and Theo Pourchaire following him, but Vips responded, lowering the best time to a 1’40.221.

Jack Doohan made a last-minute bid for pole, crossing the line with less than three minutes to go, to take second – only to have a yellow flag come out in sector two, ruining the laps of drivers behind him except for Ayumu Iwasa, who snatched the front row from Doohan.

Vips will therefore start on pole for Sunday’s feature race, with Iwasa alongside him. Logan Sargeant will take tomorrow’s partially-reversed-grid pole for the sprint race, with Vips’ Hitech team mate Marcus Armstrong next on the grid.