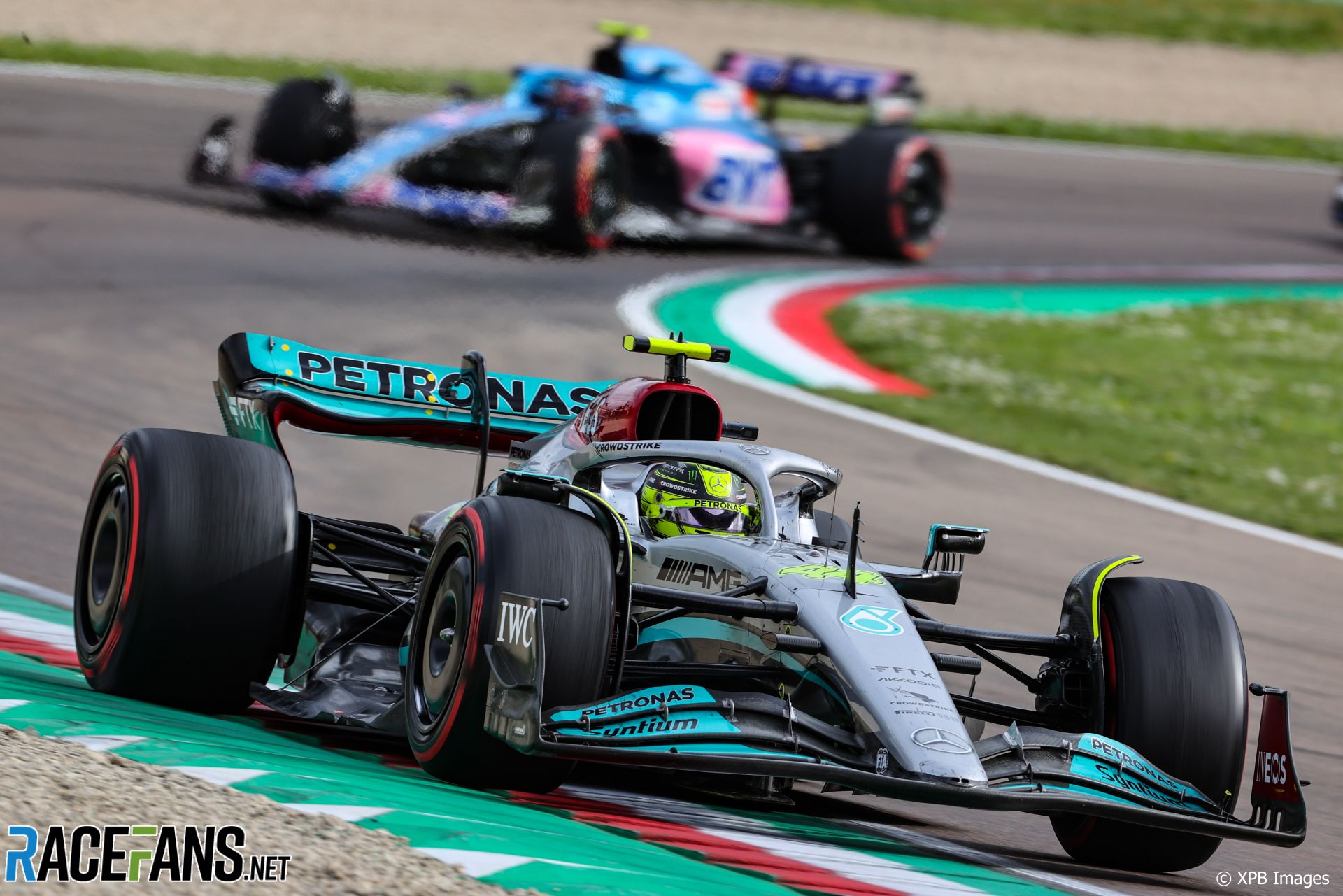 Lewis Hamilton admitted his hopes of winning the championship this year have become remote after finishing outside of the top 10 in today’s sprint race.

The Mercedes driver is 50 points behind championship leader Charles Leclerc going into the fourth race of the season. Given the team’s clear performance deficit to their rivals, Hamilton doubts he will be able to overturn that disadvantage even with 20 races remaining.

“I know there is a lot of points to them, and theoretically, yes it’s still possible,” he said. “But one has to be realistic and the problems we have are not small.

“These guys are seconds, over a second ahead as a worst case scenario. We don’t currently have anything coming to fix it for the next race, we don’t have a solution just yet. Even to design something if we do find what the solution is and we have to change it, the team will work as hard as they can, but things could take months in design and getting those things built.

“So, I think we keep our heads down, we remain hopeful, we continue to chase. But I have to keep an eye on the realistic position we’re in.”

Hamilton said his thoughts are already turning to ensuring the team are not in the same position in 2023. “We’ve just got to work hard to make sure that we’re not in this position next year,” he said.

“I’ve never been this far down, we know how these championships work, and with those two teams at the front, the Ferraris and the Red Bulls who are punching out serious performance, we’ve got to find a second and a half, at least, soon to be ahead of them and finish ahead of them every single race for the rest of the year, basically. That’s not going to be easy.”

He admitted he did not anticipate that Mercedes would make such a bad start to the season before it began. “Earlier in the year someone, I forget who it was, but we were in Barcelona, the question was put to me like, what happens if you get it wrong? And I said well, we don’t do that, we don’t get things wrong – we’re world champions.

“But the fact is, with all the possibilities out there, we may have. But what we’ll continue to do is just keep our heads down, keep working. If one person is down, we rely on our team mates to lift each other up.

“We’re nowhere near where we want to be, but we’ll just keep fighting and keep working as hard as we can and hope that eventually we see light in the tunnel.”

He said it was “reasonable” to ask whether Mercedes have adopted the wrong philosophy with their W13. “But I can’t say whether the car’s concept is flawed, I’m not an aerodynamicist. At some stage we’ll have a better understanding of whether that is the case or not, or whether we are in the right.”

He hasn’t given up hope that a remedy for their problems could be around the corner. “Maybe all of a sudden we’ll fix the bouncing and we unlock more potential. So it’s difficult to write it off anytime soon because everyone’s continuing to work on it.

“But hopefully it comes to light soon, one way or another, whichever way it is, and then we can start putting our focus onto the solution because we haven’t found the solution yet.

“Of course, I want to be fighting for the world championship, but unfortunately that’s not the case and we have to accept the reality which we face and that’s what we do as racers, we just keep fighting.”

42 comments on “Hamilton says title is “theoretically” possible but “we need a second and a half, soon””