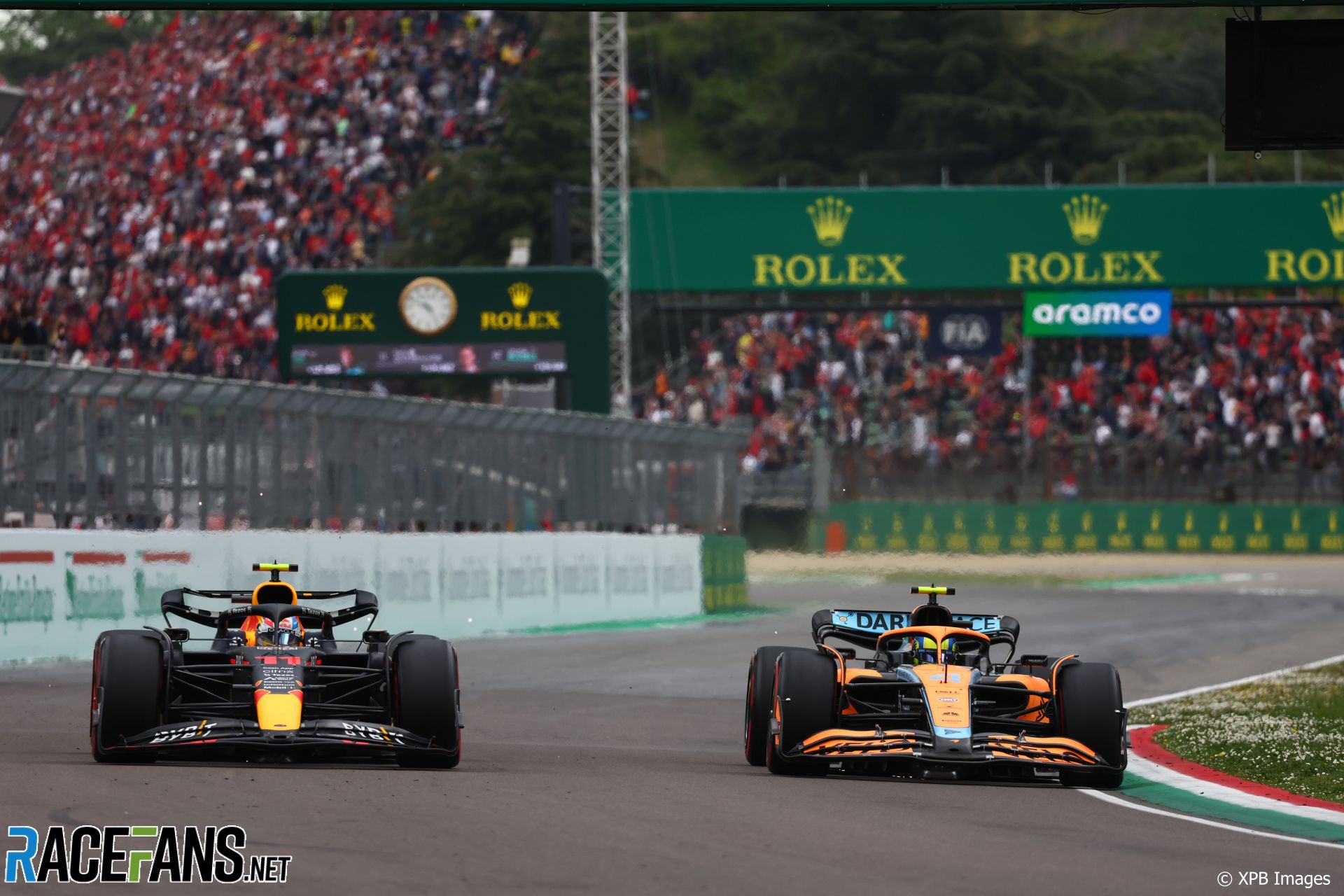 Formula 1 drivers said the combination of the sport’s new rules for the 2022 season and the Drag Reduction System made overtaking easier than usual at Imola, a track where passing has often been difficult.

“I must say these cars are making a huge difference to make the overtaking possible,” the Ferrari driver remarked. “So from here, another test that, I would praise Formula 1 for the changes that they’ve done with these cars.”

Sergio Perez, who finished one place ahead of Sainz after moving up four positions, said drivers “were able to follow closer” thanks to the new cars.

“I think with the older generation of cars you could not follow, and to reach the tyre deg and the delta to overtake was just too long so nothing was happening.”

Sixth-placed Daniel Ricciardo also found passing easier than expected. “There was probably more overtakes than I thought,” he said. “This is normally a tricky one in terms of circuits we come to..

Some of the moves which were made were potentially too easy, he admitted, though Ricciardo said: “I can’t say I don’t like it.

“Obviously, when the car makes it really easy, okay, it’s nicer when it happens in a braking zone. But at least there were some overtakes.

“I think naturally the quicker cars ended up coming through. Whether it’s DRS or not, I still feel that we’re quick enough to find a way, somehow.

“So I think generally I’m happy with the racing. Having a little bit more overtaking and wheel-to-wheel and being able to follow is typically a bit better so I’m happy with where it’s at.”

However other drivers, such as Fernando Alonso, said they only lost places, to quicker cars they had no chance to keep behind. Ricciardo’s team mate Lando Norris echoed that view. “I just got overtaken,” he said. “I didn’t overtake anyone.”