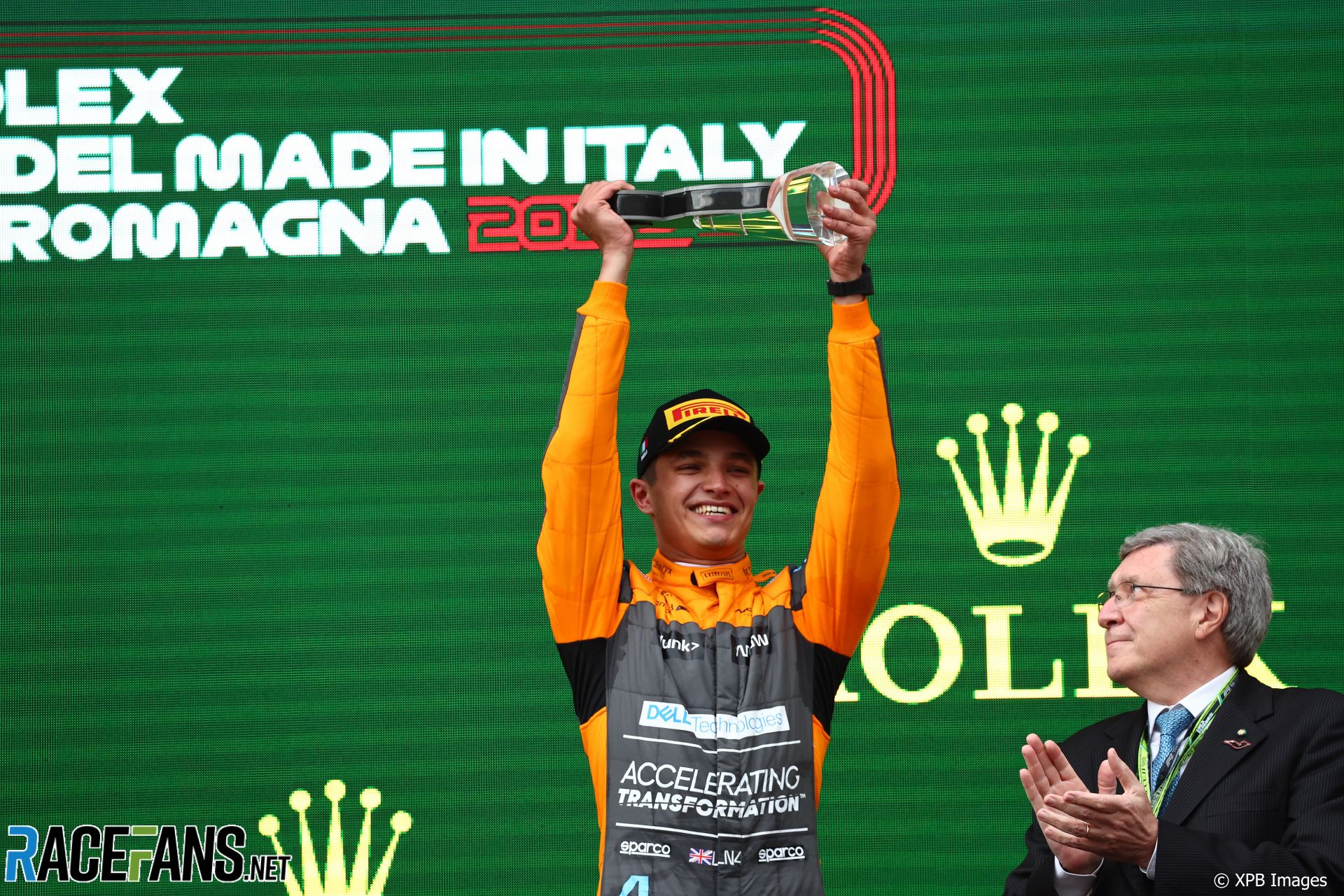 Lando Norris says his McLaren team deserved their first podium finish of the season at Imola after turning around their poor start to the championship.

Norris was running fourth in the later laps of the Emilia-Romagna Grand Prix but picked up third after Charles Leclerc spun at the Variante Alta chicane.

After qualifying third on the grid, finishing fifth in the sprint race and then taking a podium in third during the grand prix, Norris was thrilled by his weekend.

“[It was] an amazing race, an amazing weekend to be honest,” said Norris. “To beat one Red Bull [in qualifying] and one Ferrari is much better than we were expecting, so I’m happy.

“The team deserve it from where we were in race one to now scoring a podium. They all deserve it, so top job to the team.”

McLaren had suffered a challenging start to the season, discovering a problem with their MCL36 in pre-season testing that led to the team struggling towards the back of the field during the opening race in Bahrain.

Norris had previously played down McLaren’s performance in the Australian Grand Prix, where they finished fifth and sixth. Asked where the improvement in form had come from, Norris credited the team for the turnaround in performance.

“The boring answer is just hard work,” Norris said. “A lot of time and effort everyone’s putting in back in the factory and everyone here.

“A mixture of these tricky conditions this weekend, we’ve been able to capitalise on that as well. I love these conditions, so I always do quite well – the same last year pretty much. So a mixture, just hard work and a great weekend and it all pays off.”