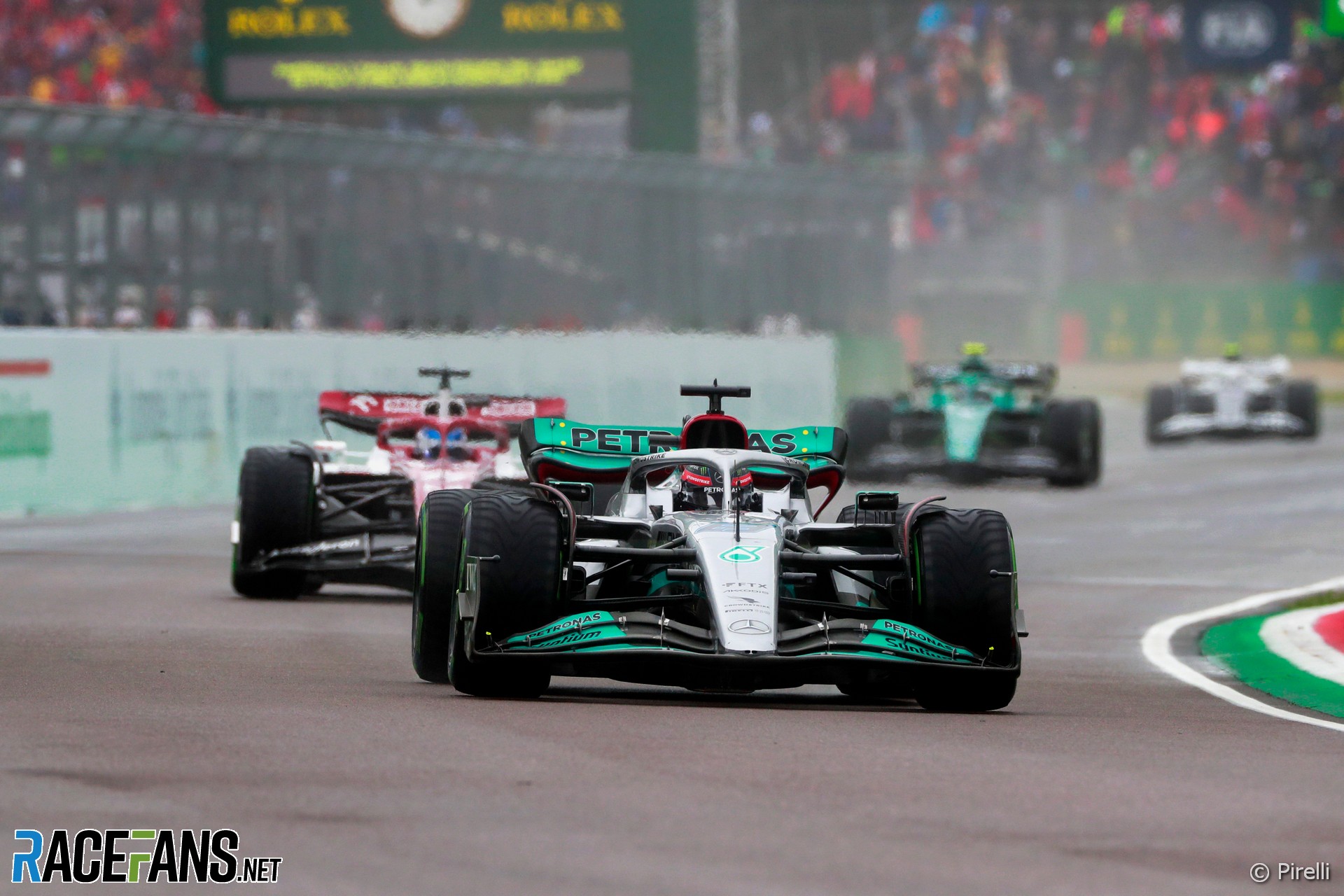 George Russell says the physical effects of porpoising from the new ground effect 2022 Formula 1 cars is not sustainable for drivers.

His Mercedes team have struggled with the severe bouncing phenomenon at high speeds caused by the high downforce levels generated at maximum velocity by the new floors for 2022. The W13 has been prone to porpoising to such a degree that team principal Toto Wolff revealed on Friday Russell’s car had broken a stay on its floor designed to held increase its rigidity.

The impact of the constant bouncing at high speeds is beginning to take a toll on his health, Russell says, with the phenomenon being at its most severe during today’s Emilia-Romagna Grand Prix.

“But the bouncing really takes your breath away. It’s the most extreme I’ve ever felt it. I really hope we find a solution and I hope every team who’s struggling with the bouncing finds a solution because it is not sustainable for the drivers to continue with this level.

“This is the first weekend I’ve truly been struggling with my back. Almost like chest pains from the severity of the bouncing, but it’s just what we have to do to go get the fastest lap times out of the car.”

After his fourth consecutive top-five finish at the start of the 2022 season, with Mercedes clearly lacking performance in comparison to their rivals Red Bull and Ferrari, Russell says the team must get more out of their package if they want to continue to finish in the higher places.

“I think in terms of results, we’re definitely getting the most out of it and things have definitely fallen our way in these first four races,” said Russell.

“It gives me and I’m sure it gives the team confidence that when the car improves, we’ll be there to get even more points on the board. So, as I said before this weekend, we can’t sustain this level of these results if we don’t improve the pace of the car.”