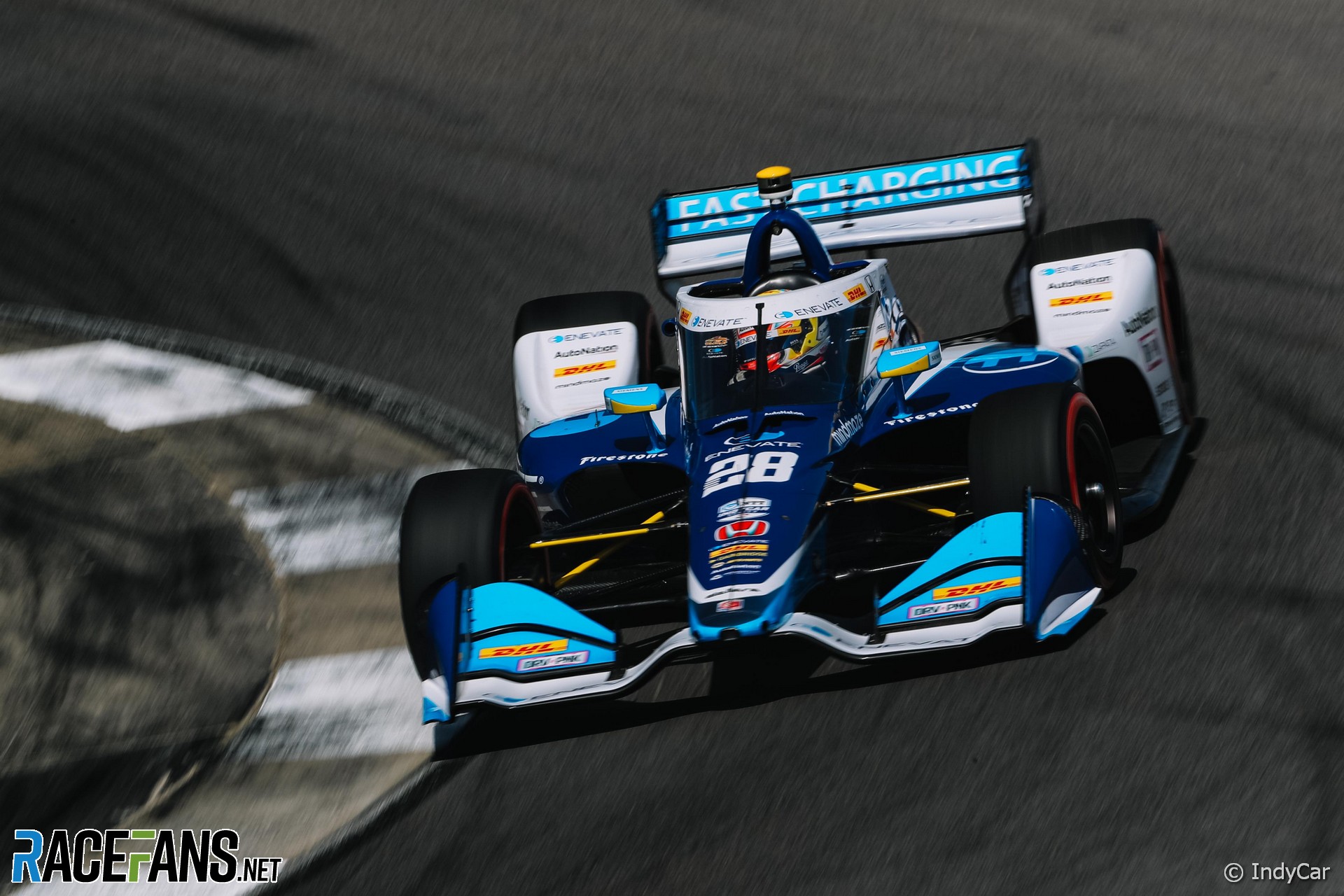 Grosjean made contact with Rahal twice in a single incident at Charlotte’s Web as the pair fought for position. The ex-Formula 1 driver led his rival to the chequered flag but Rahal was unhappy with his combative moves.

“I think it’s clear,” said Rahal. “Just watch the in-car camera and look at the angle of his head. I knew Romain was going to dive-bomb me because I had already been warned that’s what he’s doing. we were already straight there, why are you turning into me?

“I’m just frustrated because this isn’t the first time. At St Pete he hit everybody he could hit. We come here, he hit Rossi, he hit Herta, he hit me. At some point, we’ve got to clean up our act.”

Race control took no action over the incident between the pair. Rahal said he has been given penalties for less severe incident in the past.

“I won’t name, but as another driver in the series told me, you can’t teach an old dog new tricks and it’s kind of been his reputation over his whole career in Europe and we’re learning his reputation quickly here.

“So to me, if race control doesn’t want to do anything then they’re not going to do anything. But when we go and punt him they better not do anything to me, which in the past I’ve been penalised for a lot less than that.”

Rahal said he isn’t the only driver who is unimpressed with Grosjean. “I think the drivers need to get together, all of us, because I’m not the only one who’s got a problem. I think it’s quite a significant amount of drivers who’ve had run-ins with this guy.”

“When the roles are reversed officiating better be consistent, that’s all I’ll say,” he added, “because it’s going to be reversed at some stage and I’m not going to play nice. This guy’s overstayed his welcome.”