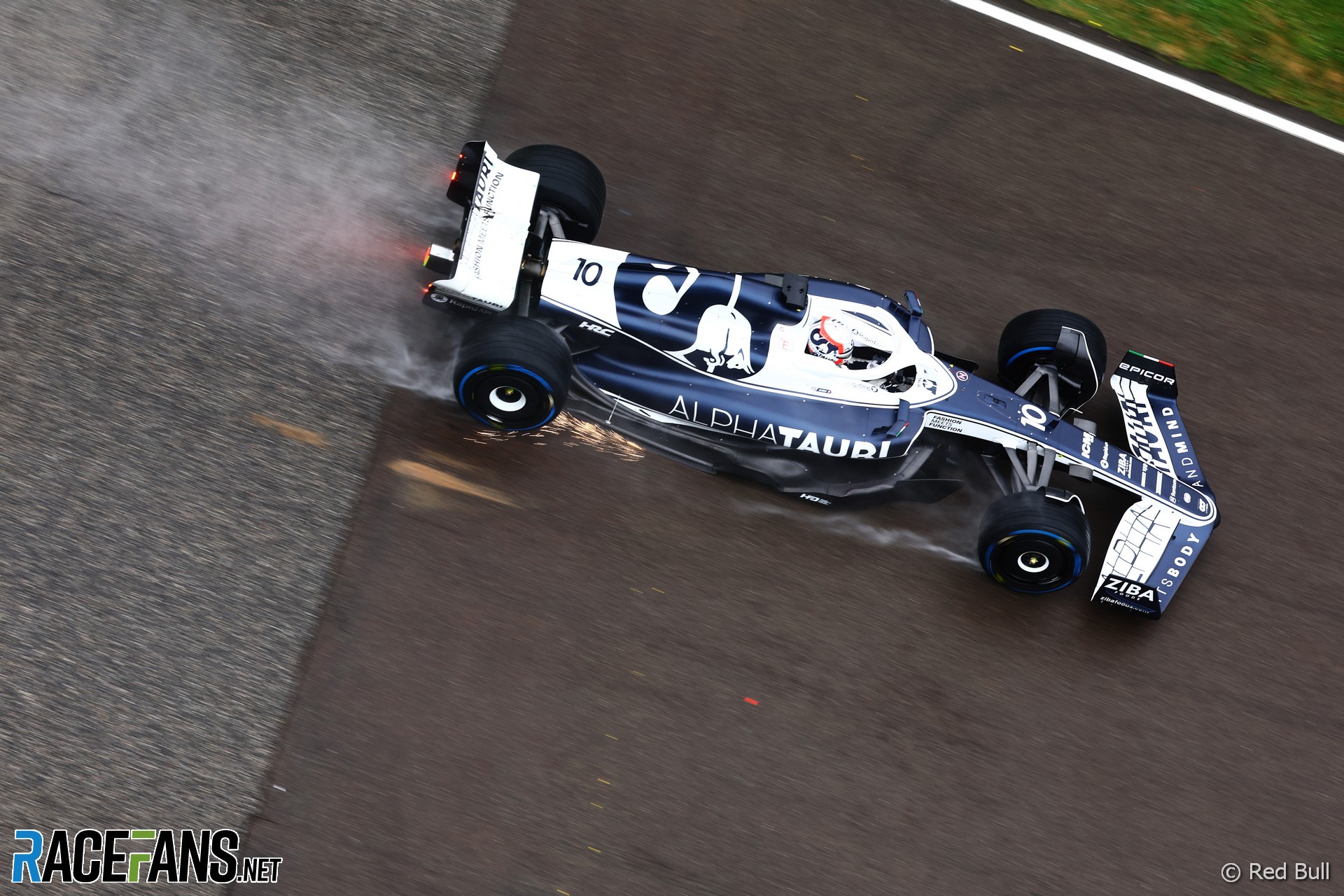 In the round-up: Pierre Gasly believes AlphaTauri are among the bottom half of the field based on their performances over the first half of the season.

AlphaTauri have ‘seventh or eighth-fastest car’

Pierre Gasly says AlphaTauri currently have the “seventh, eighth-fastest car” heading into the fifth round of 2022.

Gasly says AlphaTauri are currently towards the back end of the midfield in terms of performance.

“We’re not where we’d like to be, that’s what we know,” he said. “But it’s also the challenge with these new regulations that it’s tough.

“There’s still a lot of things to discover about the cars. We’re still learning every single weekend. I’m confident we’re not where we are, but we have processes to improve the car and try to get back to where we should be.

“I think at the moment we’re on the seventh or eighth fastest car. Hopefully depending on tracks this can vary and hopefully we can make it back to fourth or fifth fastest car pretty soon.”

DragonSpeed and Cusick Motorsports will combine forces to enter a 33rd car in this month’s Indy 500, driven by Stefan Wilson.

It is the second year in a row that Cusick will run Wilson – younger brother of the late Justin Wilson – in the marquee IndyCar event. Wilson has raced in the Indy 500 on three previous occasions, with a single finish in 2018, where he placed 15th.

“The journey to the 2022 Indianapolis 500 has been a rollercoaster ride for Cusick Motorsports, our partners and myself,” said Wilson. “A few short weeks ago it didn’t look like this was going to happen for us, but I’m so relieved all of the pieces came together to get another shot at this race.”

The 40th anniversary of the death of Gilles Villeneuve this weekend has been marked with the release of footage of an interview with widow Joann.

The interview forms part of an upcoming documentary ‘Villeneuve Pironi’, exploring the breakdown in the relationship between Ferrari drivers Villeneueve and Didier Pironi in 1982. Former F1 driver Mark Webber is a producer on the film.

“He was just this really down to Earth guy coming from this little town in Canada,” says Joann Villeneuve.

“His way of driving, his personality, the way he had learned to speak Italian – all that made him likeable. He was just a true racer at heart.”

"We had a lot of hope for this year and we worked to get back to the top and to finally see that all the work that we've done in the past few years in this difficult situation that we were in is finally paying off, feels even more amazing."

"The level of popularity the sport is enjoying is amazing. Drive to Survive has done good things for the sport. We have a very good product, a fantastic product, that we sell to the world. It works at such a high level that people realise how good a sport it is."

"Surrounded by palm trees and soaking in the Floridian sunshine, Jess walks us through the long straights and fast and flowing corners of the anti-clockwise Miami International Autodrome. "

"W Series will include ten races at eight Formula 1 Grand Prix weekends in 2022, and ESPN will broadcast live coverage of all qualifying and race sessions across their portfolio of channels, including ESPN2, ESPN3, ESPNU and ESPNEWS."

"There is a lot of sim equipment that claims to emulate an F1 car, but it misses the mark because it was designed by people who do not have F1 racing experience. André and I share a passion for racing and by teaming up with Asetek, I can help bring the thrill and authentic feel of F1 to sim racers everywhere."

"Just by modifying those three parts: front wing, wheel covers and narrow bodywork/nose I really think the car looks way more aggressive and racy. I wanted to make design changes that would be possible to implement in a near future in case the manufacturers pushed for it."

We just had a walk around the track and to the new grandstand. Doesnt do justice to it, but… 20 sec preview of what you are now able to expérience there ! #fiawec #6hspa pic.twitter.com/Bz1PzNQo9f

Lewis Hamilton has spoken out following reports the Supreme Court of the USA plans to abolish women's right to abortions:

"I love being in the States, but I can't ignore what's going on right now and what some in the government are trying to do to the women who live here."#F1 pic.twitter.com/RIO32g2xnK

incredible scenes that Seb wore this to the opening party (and fair play to Aston Martin for letting him) pic.twitter.com/V2jSJ5dPSv

Sebastian Vettel will be on the panel in the next edition of the BBC's Question Time. It will be filmed in Hackney, London on May 12th.

You can apply to be part of the audience here – note you have to offer two questions for consideration:https://t.co/RFRn7WeS0d#F1 #BBCQT

1/2 We are aiming to increase female interest in STEM-related careers. Partnering with @warwickuni and @CranfieldUni, we have invited four promising female #STEM students to join us at the McLaren Technology Centre on Friday 24 June to celebrate @INWED1919 #INWED22 pic.twitter.com/CCulZxNKjG

3. Be contacted by @Lucasdigrassi for a cool project and help him redesign the entire front end of the @FormulaE #Gen3 car over the past few days doing visualisation work 🟢@FIAFormulaE #Gen3 #EVO anyone? pic.twitter.com/8cP7BolnHO

Following Aston Martin driver ambassador and W Series racer Jessica Hawkins talking RaceFans through her role within the Silverstone-based team, @g-funk would like to see her step out of the simulator and into a real F1 car…

It’d be great to see her have an outing in a real F1 car once she is comfortable in the sim. Even though it would be great and I would love to see it, I don’t suspect she’ll have a chance to drive the latest car due to testing restrictions and the budget.

But if Red Bull could put Tom Cruise in an F1 car I see no reason at all why Jessica couldn’t have a go in one of Aston’s older cars.
@g-funk