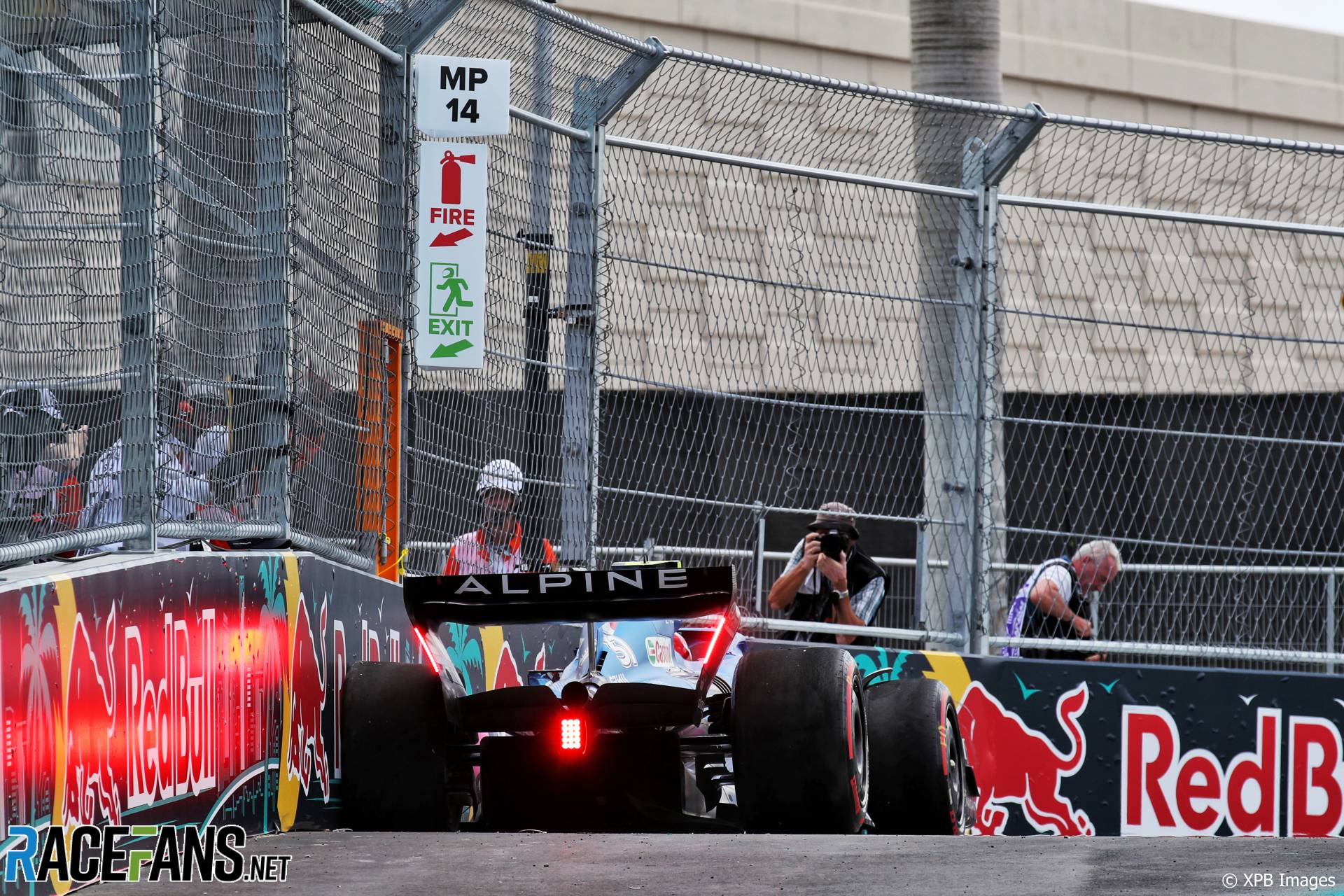 Alpine has confirmed Esteban Ocon will not take part in today’s qualifying session for the Miami Grand Prix.

Ocon spun into a barrier at turn 14 during the final hour of practice. Alpine confirmed the damage to his car was too severe for it to be repaired in time for today’s qualifying session.

“We can confirm that sadly Esteban won’t be taking part in qualifying this afternoon,” said the team in a statement. “His chassis was cracked in the impact with the barrier and cannot be changed in time.”

The driver was taken to the medical centre for checks following the crash but was released. “Esteban is physically fine and will race tomorrow,” the team added.

Ocon apologised for the crash, which consigns him to last place on the grid. “Clearly it is frustrating to be here and not being able to race in qualifying so I have to apologise to the team,” he said.

“There was a lot possible, I hope Fernando is going to be able to deliver to show what the car can do. I’ve lost the rear in the worst possible place.

“I think we went the right direction with the set-up, I knew it was going to be a good race car for this weekend, so that’s a shame.”

However Ocon was unhappy the crashed involved such a hard hit with a barrier. “What is unacceptable really is that it was 51G for what should have been not such a big impact.”

Carlos Sainz Jnr crashed at the same corner the day before, and the strength of his impact led drivers to call for a more yielding barrier, such as TecPro, to be used instead of concrete. However the construction of the barrier remains unchanged.