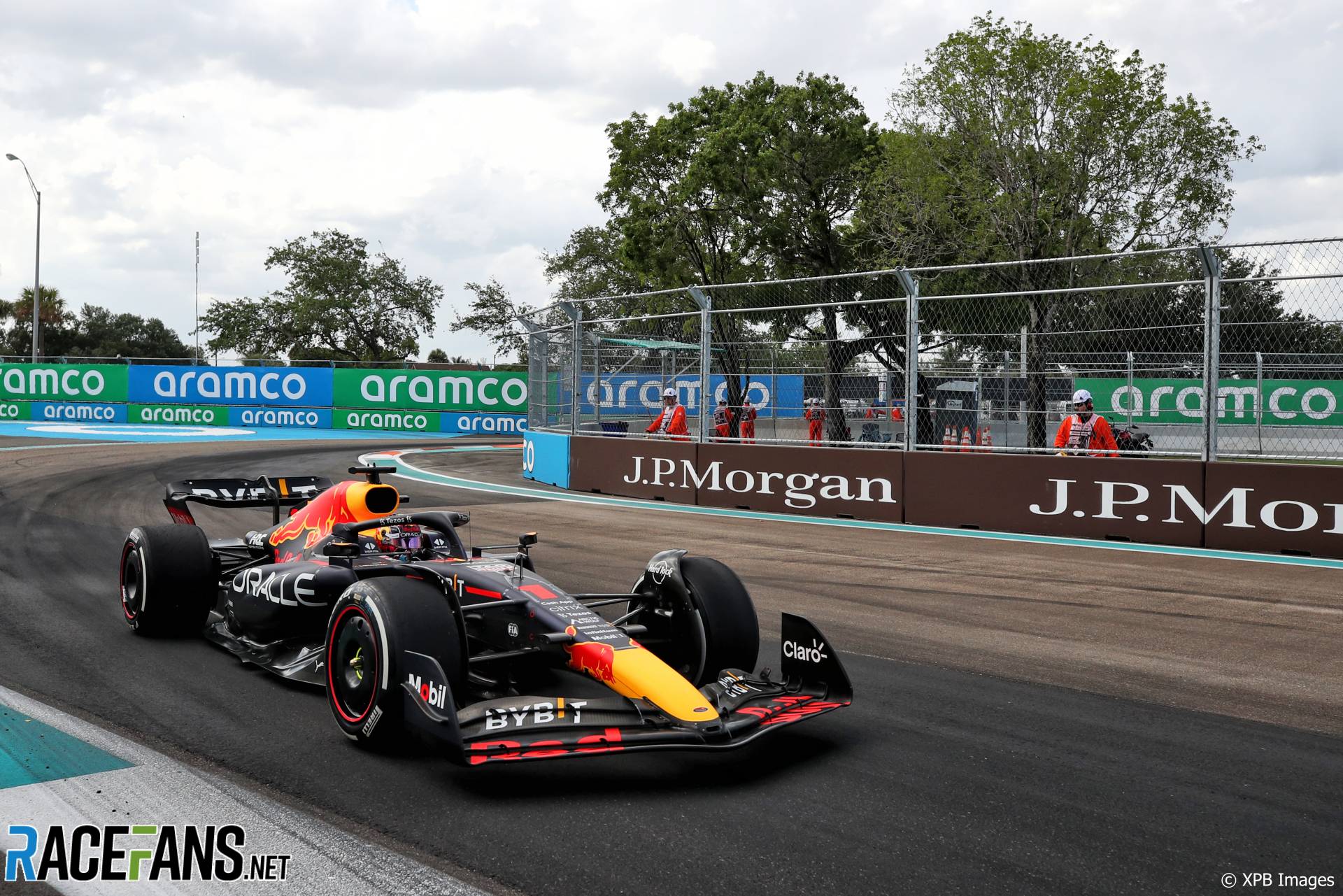 The top three finishers in the Miami Grand Prix said high temperatures and a street circuit made it “a very difficult race, physically.”

The Miami International Autodrome had air temperatures in excess of 30C for the whole 57-lap race, with only a single Safety Car intervention for drivers to gather their breath.

Charles Leclerc said that “it was a very difficult race, physically.

“We struggled quite a bit with the medium tyres, especially in the first stint and got overtaken and it made our race a bit more difficult from that moment onwards.

“On the hard we were very competitive – towards the end I thought I could get Max at one point but today they had the advantage in terms of pace. But it was fun, it was amazing to see so many people again. I keep saying it but it’s great to have so many Ferrari fans too in the grandstands.”

Leclerc added that “I hope now that we can do a step up from the next race onwards but it’s been tight since the start of the season and that’s what we like to see.”

Carlos Sainz Jnr, who had suffered a heavy crash into concrete barriers during second practice, said that he was still struggling with the after-effects of the shunt during the race.

“I’ve been better, obviously after the crash from Friday I still had a neck pain going into the race but I had to manage it and I fought through it, especially with Checo [Sergio Perez] at the end on the medium tyre it was very difficult to keep him behind but we managed to keep the podium which is a decent result,” the Ferrari driver said, having finished third.

“It wasn’t easy at all,” he continued. “It’s been a tough race with the tyres, with the heat. The car was moving and sliding a lot but in the end we got what we deserved, which was a decent P3 and we can build on that from here.”

Winning driver Max Verstappen said that it was “an incredible grand prix” but “very physical as well”.