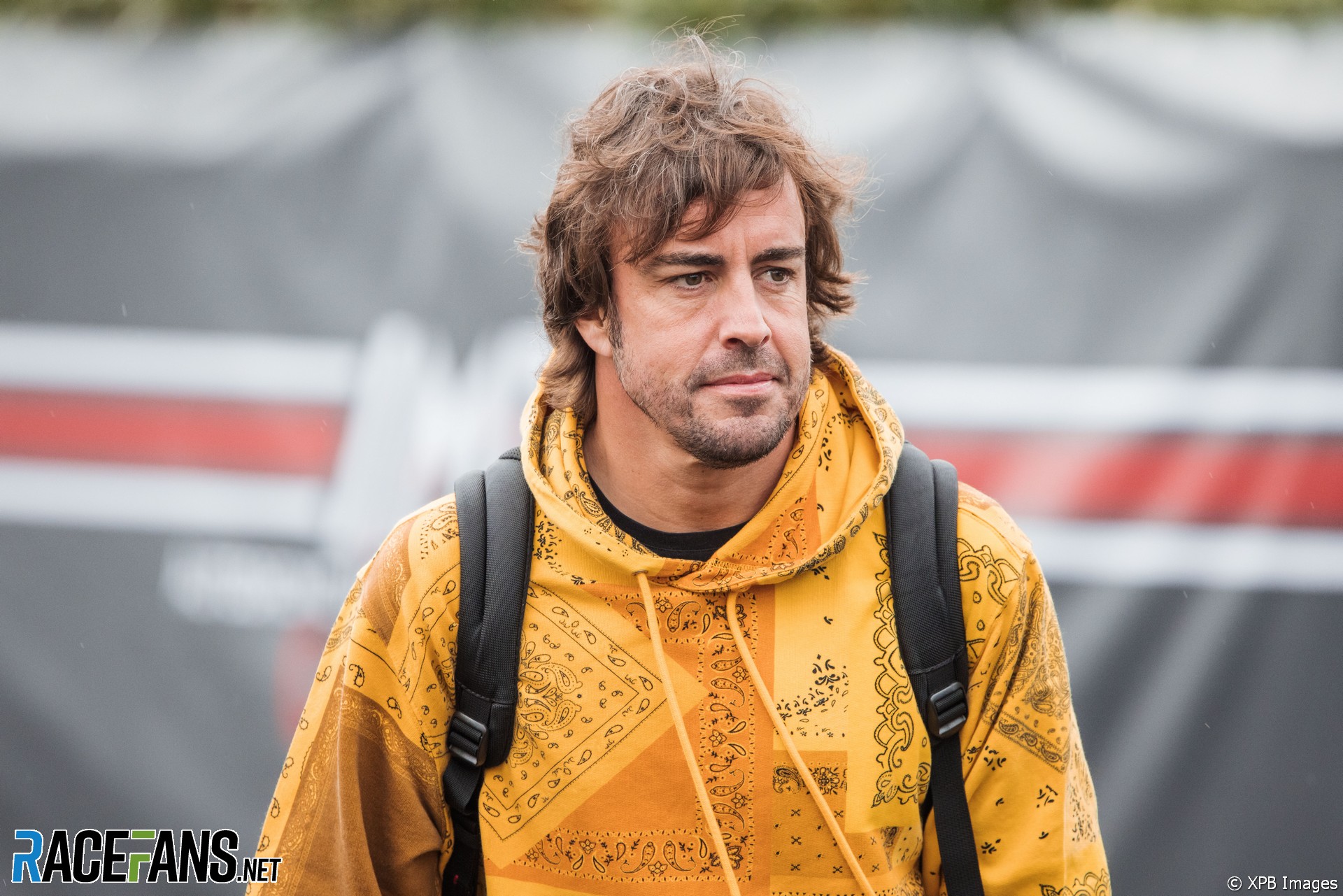 In the round-up: Fernando Alonso says he hopes Michael Andretti’s bid to enter a new team in Formula 1 is successful

Alonso raced in the Indy 500 in 2017 with a McLaren team heavily supported by Andretti, leading 27 laps of the race before an engine failure forced him into retirement. Michael Andretti is currently lobbying for a future entry for the Andretti name into Formula 1, which Alonso says he supports fully.

“It could be a big thing,” said Alonso. “I know Michael very well, I know the Andretti family and they are obviously a big part of motor sport in general and they are legends. So if we can have them in Formula 1 that will be the best news, I think for both.

Alfa Romeo’s head of trackside engineering, Xevi Pujolar, says that he is impressed by Zhou Guanyu’s racecraft and ability to overtake in races.

Rookie Zhou has scored one point so far this season on his debut in the Bahrain Grand Prix and has yet to reach Q3 so far in 2022, meaning he has had to makes his way through the field in races. Pujolar says that Zhou has shown he has the ability to overtake despite his lack of experience.

“He has been shown that in every race, when he’s fighting with someone, he’s overtaking the guy,” Pujolar said.

“He’s not someone that gets stuck for 15 laps behind a competitor. He gets there and he overtakes. So on that one, I think it’s encouraging, the racecraft he’s showing. And for Barcelona with all the updates, we hope we will have two strong points contenders.”

Toronto‘s Nick Latifi fired by Williams F1. Two things: Williams better have a lot of money because there will be one hell of a lawsuit and his replacement, Nyck DeVries, had better do better in that pig of a car, which is doubtful.

Correction. Nick Latifi will continue as a Williams driver for the foreseeable future. Information I received earlier today was incorrect. It doesn’t matter how old are how often one learns this important lesson: get it first but first get it right. My apologies to Nick Latifi.

How many #F1 world champions are on a commuter train in London right now? I’m going to say: “One.” pic.twitter.com/UTKxOhoLcW

It was always obvious Sebastian Vettel was an intelligent, informed individual, on #BBCQT he's proved a cut above certain British politicians, notably the tone-deaf, craven @Conservatives hack @SuellaBraverman. He's a credit to #F1.

"So while Formula One deserves some kudos for its efforts to combat climate change, plenty of critics believe they should be doing a lot more – and with greater urgency. Chief among them are Lewis Hamilton and Sebastian Vettel, both of whom are multiple world champions and committed environmentalists."

"The Experience Day guests documented their time on the sim racing rigs, created bespoke content for their channels and provided their audiences with information on how to actively participate in the Women’s Wildcard themselves. This year’s Women’s Wildcard submissions open on Tuesday May 17 2022 and close on Monday May 23 2022."

After being named the eighth highest-paid sportsperson of 2021, Lewis Hamilton does not feature in this year's top ten.

Why is Sebastian Vettel on Question Time tonight? How an F1 world champion ended up on the BBC politics show (i News)

"Viewers will doubtless want to learn more about the progress of the Swiss meadow he intends to plant for his daughters in the shape of a heart. Or on the reaction he received to the T-shirt he wore at the inaugural Miami Grand Prix last week warning of a race under water by 2060 in a city vulnerable to rising sea levels."

Is the FIA’s sudden insistence that the rules forbidding drivers from wearing jewellery while driving purely about enforcing safety restrictions, or is there a more political motive, asks @BasCB:

I get the idea that they want to get back to enforcing rules, especially the safety rules. But when I see some officials, even an F1TV pundit like Buxton mentioning that ‘hey, Mercedes asked the FIA to be strict on adhering to the rules, so there you have it’, combined with the FIA suddenly getting strict on this after 16 years of ignoring it?

Sorry, but to me that just shows there probably is someone who feels they have to assert their power over the drivers (the new president? The new race director/directors? The FIA itself?), because they must have known this would give them exactly the kind of thing they’ve got now with Seb Vettel walking around with his briefs over his overalls and Hamilton with all the bling he could fit on at a press conference. In other words, they wanted to get this for some kind of PR stuff.

Otherwise they could have just quietly informed the teams and drivers before the season started about wanting to get back onto enforcing this – probably with reference to the investigation into the Grosjean crash – from the start of the season and it would have given them time to solve things like piercings one cannot easily take out, religious and personal jewellery, or the fact that there is only one company actually providing a single model of fire proof sports bra (I presume the rules also count for the W Series, right?) etc… to wear under the Nomex stuff.
@BasCB