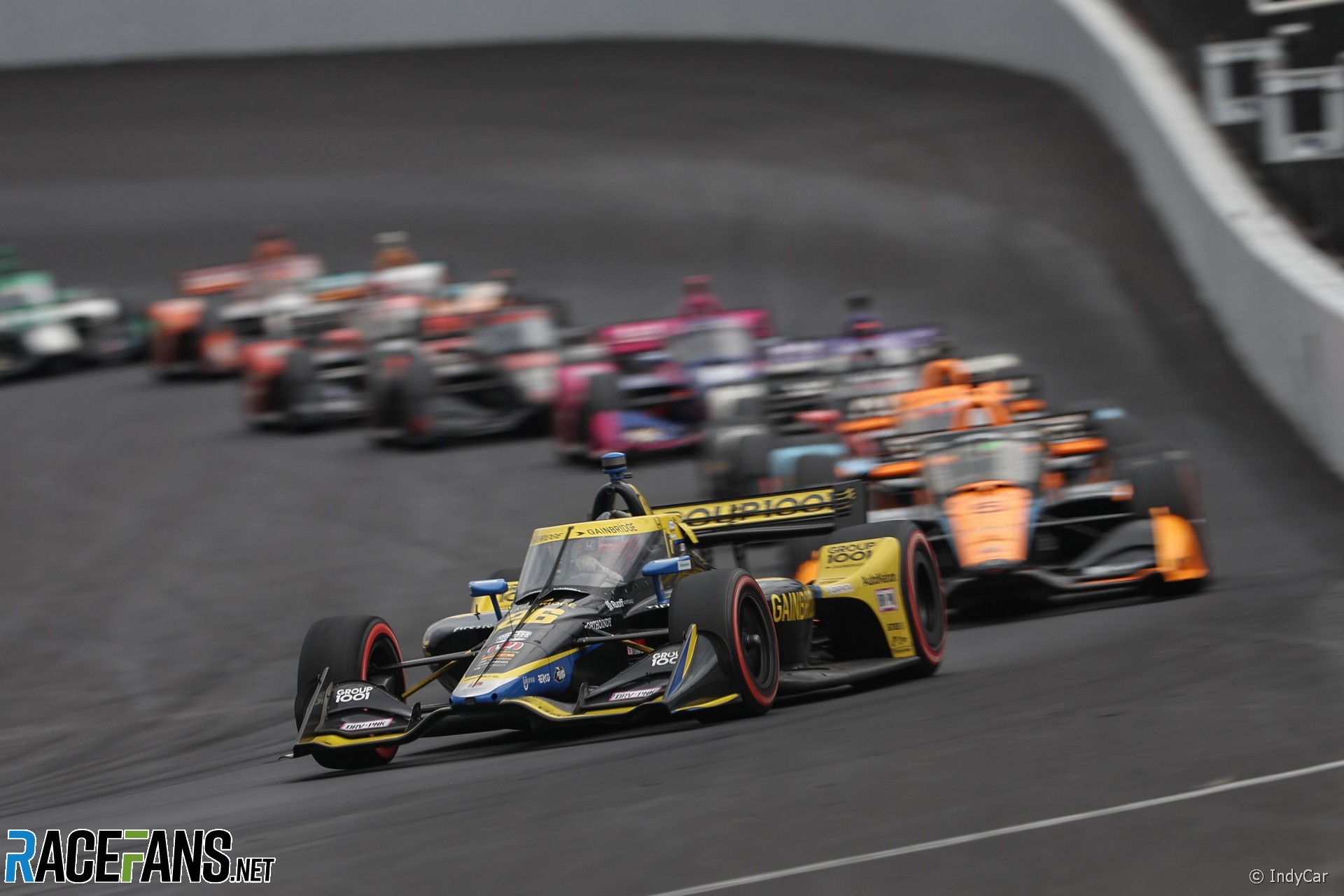 Colton Herta credited his and his father Bryan Herta’s call to change to slick tyres after just two laps with putting him in position to win the 2022 Grand Prix of Indianapolis.

Herta joked after the race that his victory in the wet race was down to “pure talent,” before admitting: “It was really just the call for wets to slicks.

In reality, he’d gone from 14th to first in that opening sequence, which was still an impressive feat – considering no IndyCar driver had previously won at the Indianapolis Grand Prix circuit from lower than eighth on the grid.

Even more impressive was the impeccable save he had on lap four to prevent from spinning off the road at turns eight and nine. Herta was on full opposite lock to keep his car pointing forward on a damp track, and within reach of Pato O’Ward for the net lead of the race.

“I was on the rack stops, and I was shoving so hard to get more wheel, but I couldn’t,” Herta said. “I think what happened is it was drying, but maybe I went out a little bit wider on the entry of the corner than I had been, and got that left rear on a damp patch or something. That’s what it felt like – because I turned in and it just lost everything immediately.”

“I would have been upset if I spun there, but I would have been even more upset because I didn’t know that was for the lead of the race. I thought maybe I was tenth or 11th. Maybe gained a few spots from that, so I had no clue where I was on track. I guess that was one of the only mistakes we made today.”

During the sixth caution of the race on lap 59, another critical decision in the pits nearly cost Herta the race. He pitted for slick tyres, before coming back into the pits two laps later for another set of wet tyres.

Recalling a conversation with his father and race strategist Bryan, the younger Herta said: “What we were talking about is – I said, ‘with the track conditions right now it’s probably wets, but if you think it’s going to get drier or wetter, that will change my decision.'”

“I think they saw something pop up on the radar that it was going to stay wet. We made the wrong choice, but luckily, everyone followed our direction and did the wrong thing also, so we didn’t actually lose that much.”

He rejoined the race from fourth position before Scott McLaughlin and Romain Grosjean – who were on slicks – spun and dropped down the order under the safety car. Herta was able to pass O’Ward, also on slicks, with ease as the race restarted before being neutralised under another safety car.

Herta went on to lead 50 out of 75 laps raced, taking a much-needed first victory of the season that elevated him to sixth in the standings.

“The most interesting thing is you never have a car that works in the wet and the dry. It’s just not possible, but it happened today. It was very interesting, [it] felt comfortable in all conditions.”