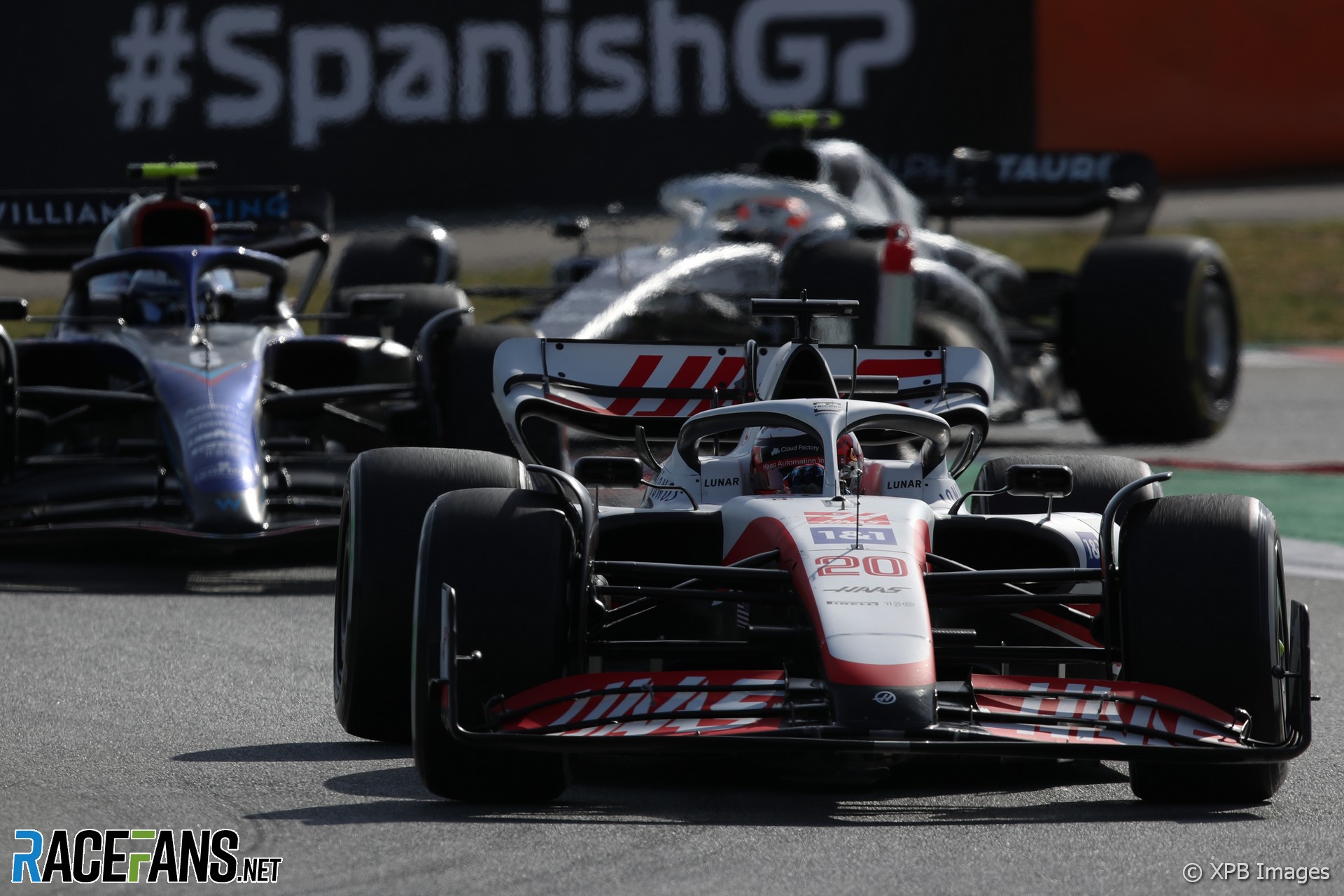 Formula 1 stewards are preparing to take a tougher line on drivers who lap too slowly during qualifying sessions.

After qualifying for the Spanish Grand Prix the stewards noted “55 violations by 18 drivers” had taken place where they had failed to stay below the maximum time between the two Safety Car lines.

Among them were Haas drivers Kevin Magnussen and Mick Schumacher – both of whom were investigated over the infringements. The stewards let both drivers off with formal warnings, but stated future violations may be treated more harshly.

The stewards reviewed the many instances of drivers failing to obey the maximum time and found “the majority of cases were a result of drivers following another driver who was also on an out-lap.”

“As each driver attempted to create a gap to the preceding driver, they went successively slower,” the stewards explained. This resulted in multiple drivers lapping more slowly than they were required to.”

However the stewards noted the Haas drivers had played a significant role in causing the slow laps. “On the five occasions when these ‘trains’ developed during the out-laps of qualifying, the driver of car 47, Mick Schumacher, and the driver of car 20, Kevin Magnussen were the first, or nearly the first, out of the pits due to their garage location, and so were able to control their speed without having to be concerned about cars in front of them,” the stewards noted.

“Further, the stewards found that generally the cars that failed to follow the race director’s event note were following these two cars.”

The stewards decided against penalising the two Haas drivers as “the procedure required by the note is relatively new and was introduced during this season and has not involved a penalty up to this point.” However, they left the door open to impose stiffer penalties in future on drivers who cause others to slow down during their out-laps in the same way.

“The stewards note that further violations may incur increased penalties not only for these drivers but for any competitor committing a similar breach in the future.”