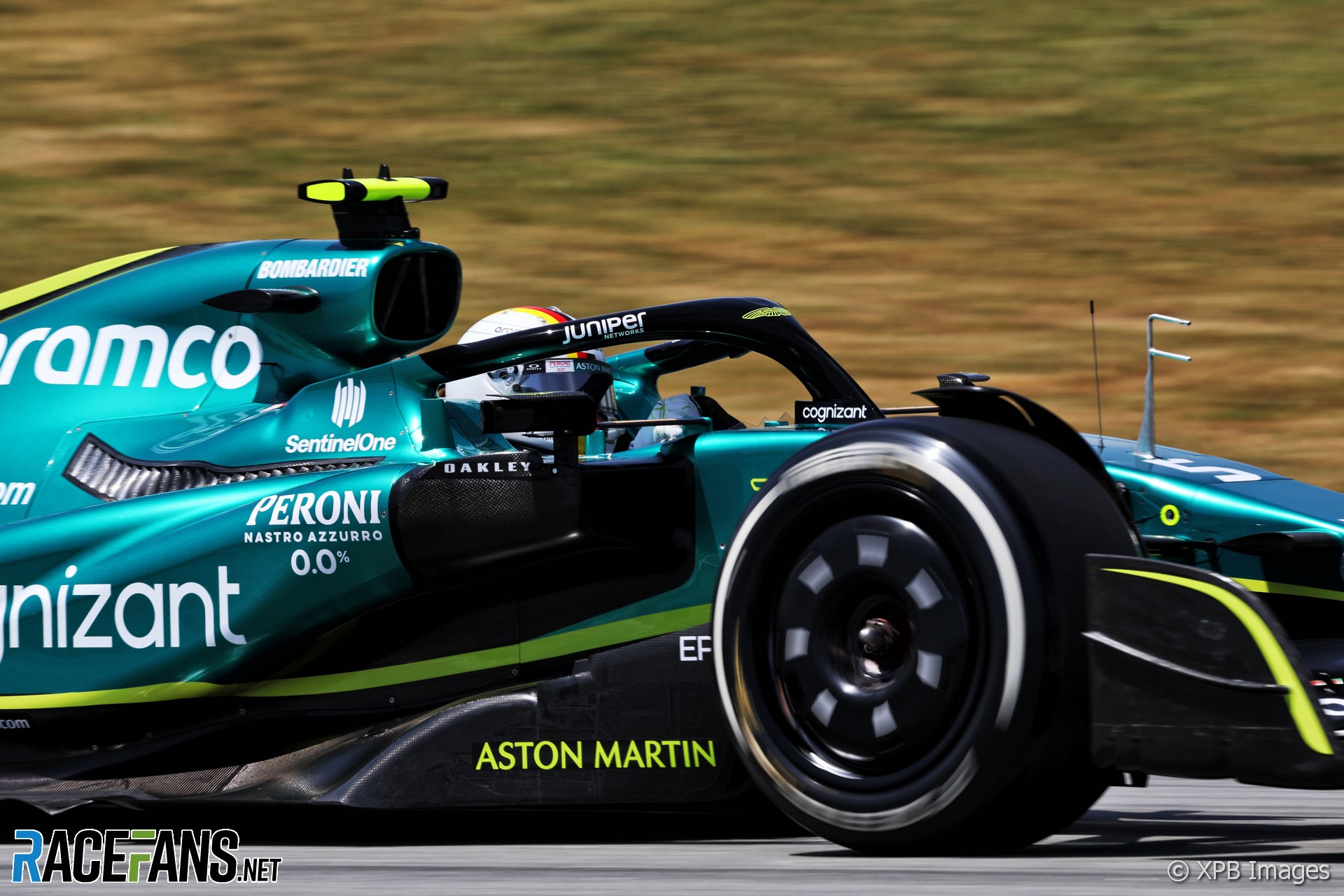 Aston Martin say Red Bull’s claims they copied the design of the RB18 for the upgrade they introduced this weekend are “very wide of the mark”.

A heavily upgraded Aston Martin appeared at the Circuit de Catalunya ahead of this weekend’s Spanish Grand Prix. Parts of its bodywork bear a strong resemblance to Red Bull’s car.

Aston Martin’s technical director Andrew Green said the team chose to develop two versions of its 2022 car in parallel. The upgrades seen for the first time this weekend were in progress before Red Bull revealed its 2022 design, said Green.

“The weaknesses of the launch car were quite apparent even before we’d launched it,” he explained. “And then after launching it and running the issues were compounded by additional problems that we encountered on-track.

“We tried as much as we could in the time we had to try and resolve them but it was very much a dead end. I think our set-up options for the launch car were very, very limited. So, we’re hoping that this change will allow us some greater set-up freedom.”

He said the team were surprised to discover Red Bull had produced a concept along similar lines to what they were already developing.

“If you look at the development of the car that is sitting out there right now you’ll see that this has all happened towards the end of last year. Before we’d seen anybody we were on a dual path.

“It came as a shock, a surprise that Red Bull came out with a similar concept, as well. But I think that just reinforced our feeling at the time that of the two paths that that we had open to us, we’d gone the wrong way. And I think that was confirmation of that.”

Red Bull team principal Christian Horner said on Friday they will conduct an internal investigation into whether information from their team could have arrived at Aston Martin. He said it is down to the FIA to ensure no such information passed between the two teams.

“It’s the job of the regulator, the FIA, because they have the access and we rely very much on them to ensure that there is no transfer of IP, that there has been no abuse of that,” said Horner. “So it’s very much their job to go and police that.”

However Green pointed out the FIA had already visited his team’s factory and verified they had designed their update themselves.

“I don’t know what these accusations are that Red Bull are kicking about,” said Green. “All I can say is that at no stage did we were receive any data from anyone.”

“The FIA came in and did a thorough investigation, examined all the data in the history of this car, they interviewed all the people involved and concluded that it was completely independent development.

“And to that point, where you’re talking about potential in employees, this car was conceived in the middle of last year, as a dual route with the launch car and the majority of the releases were made before anybody from Red Bull even turned up. So I think the accusations are very wide of the mark.”

Following the FIA’s approval, Green does not believe the matter will go any further. “We expect this to be the end,” he said. “But if the FIA want to come back in again and do further investigations, we’re more than happy for them to do so.

“We’ve been completely open and honest with them through the whole process. We’ve given them every access that they’ve requested. So if they want to come back and do some more than that, I’m more than happy for that to happen.”