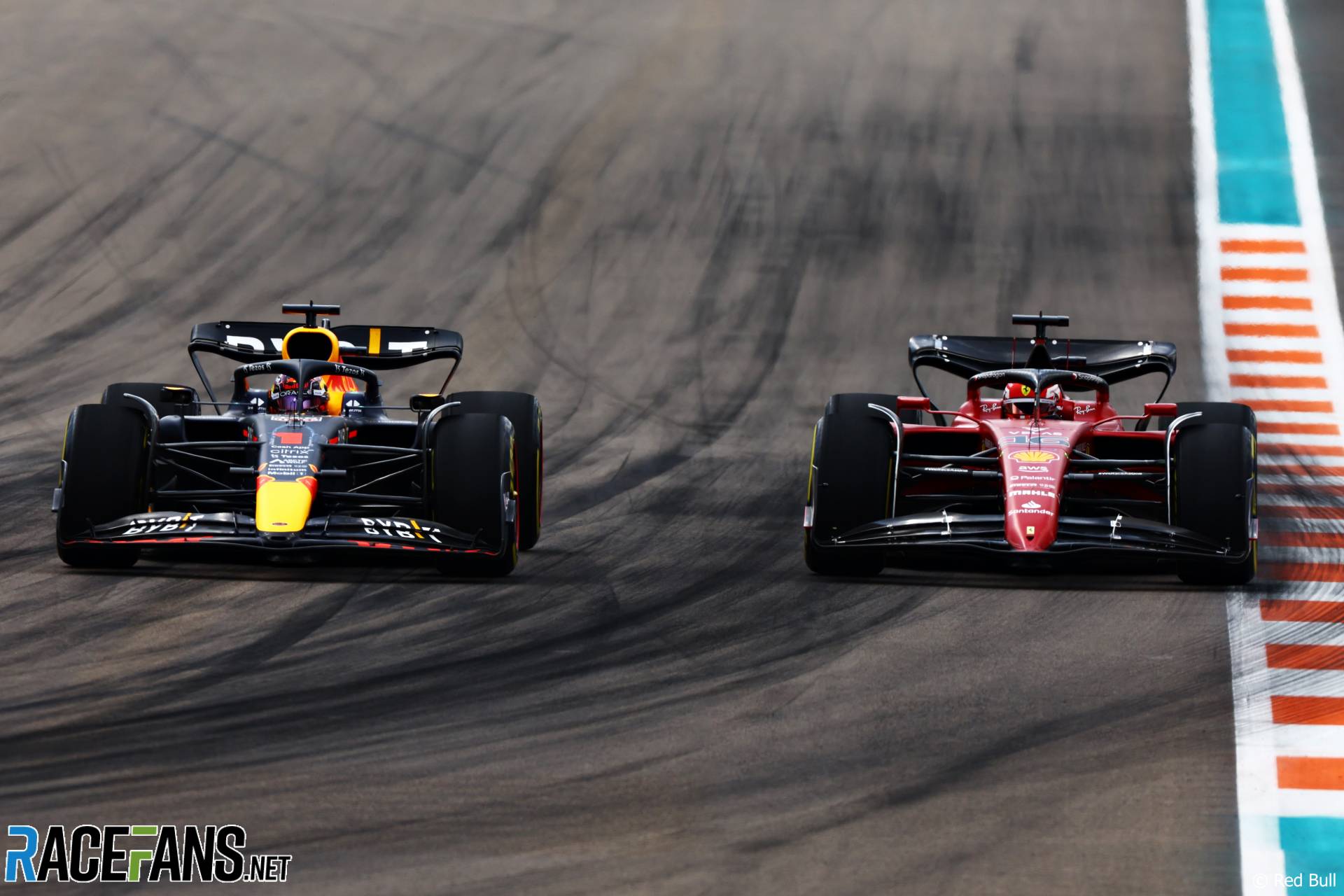 Red Bull team principal Christian Horner has warned the 2022 world championships could be decided in the FIA Court of Appeal if the ongoing row over the budget cap isn’t resolved.

A sharp rise in inflation following Russia’s invasion of Ukraine in February has led Horner and other team bosses to warn they will have to make severe cuts in order to keep their spending within the $140 million (£110.8m) cap imposed for this year. The limit includes certain allowances and adjustments.

While a majority of teams are believed to be in favour of easing the spending restrictions, any change in the rules is being blocked by some of their rivals with smaller budgets.

“Obviously there’s a couple of teams [against] and the voting process for the in-season changes in the budget cap obviously requires a certain threshold which currently there isn’t,” Horner acknowledged.

He called on the FIA to take action and impose new measures to help teams which are struggling to keep their spending within the limits.

He is concerned the outcome of the championship could be thrown in doubt if teams protest rivals for over-spending at the end of the year.

“What we really want is clarity, because none of us want to end up at the end of the season all rushing to courts of appeal in Paris saying ‘he spent a million dollars more than we did’ and so on. So I think we’ve just got to come to a sensible threshold.”

Horner previously same some teams would have to miss races if the limit was not adjusted. “What I was trying to point out last weekend when I was asked the question was it would be the equivalent of we would have to miss numerous races to get anywhere near getting costs under the cap,” he said. “I think everybody, certainly all the major teams are going to breach that 140 count this year.”

The Financial Regulations impose different penalties depending on how much a team exceeds the spending limit by. Horner said teams were now having to consider the implications of those rules if they exceeded the limit to pay for more upgrades to their cars.

“What we do need is clarity and clarity quickly because quite simply it’s not right to be held to ransom by a couple of teams that aren’t perhaps affected because that was never the design of the budget cap.”

Red Bull already reduced the size of its workforce to meet the budget cap when it was originally introduced last year, said Horner, and may have to go further under the current circumstances.

“The budget cap was there to limit the top teams from a spending frenzy. None of us could predict when we came up with the budget cap figures, which if you remember were reduced by $30 million from where they were originally set during the pandemic, and when we sat around and read those figures nobody could have even contemplated world events that are driving inflation.

“We don’t even know what that inflation is going to be in the second half of the year. And we’re all seeing the cost of living, rising costs and utility bills going through the roof. Where is that going to go in the next six months?

“So we do need the FIA to take early action on this because we’re coming up to the mid-year point and there’s only so much you can do. We have a responsibility to our employees as well. We reorganised, we reshaped, we had to say goodbye to many long time employees through redundancies last year to get down to a point that was consummate with the cap before inflation came along and I don’t think it’s right that the pressure should be put on mass redundancies within the sport.

“So I think hopefully common sense will prevail. It is a force majeure situation. It is a situation, obviously, that none of us could have foreseen that have driven these costs up. And pragmatically we just need to come to a common sense solution.”

However rival team bosses said those at risk of breaching the cap should reduce their expenditure on car development.

“If we have some increase on energy or freight the best solution is to switch off the wind tunnel to stop to bring updates every single weekend,” said Alfa Romeo team principal Frederic Vasseur. “We have this situation and sooner or later we have to stop the development of the car because we will be at the limit of our budget and I think everybody can do the same.”

Alpine team principal Otmar Szafnauer also opposes adjusting the spending limits to account for the rises in inflation. He said Alpine had taken the potential increases into account and were able to bear them.

“Most teams do their budgets in November to December timeframe for the following year and we are no different,” he said. “At that time inflation was already at seven-plus percent. RPI [retail price index] in England was 7.1, 7.2%.

“We took that into consideration when we did our budgets and laid out all the development work that we were going to do. And we’re still within it even though it was a little bit more expensive than we thought.

“We’re still under the cap and we plan to be there at the end of the year. We’ll adjust the development accordingly just like Fred said. So I think it can be done. Where there’s a will, there’s a way. We set a budget cap and we should stick to it.”