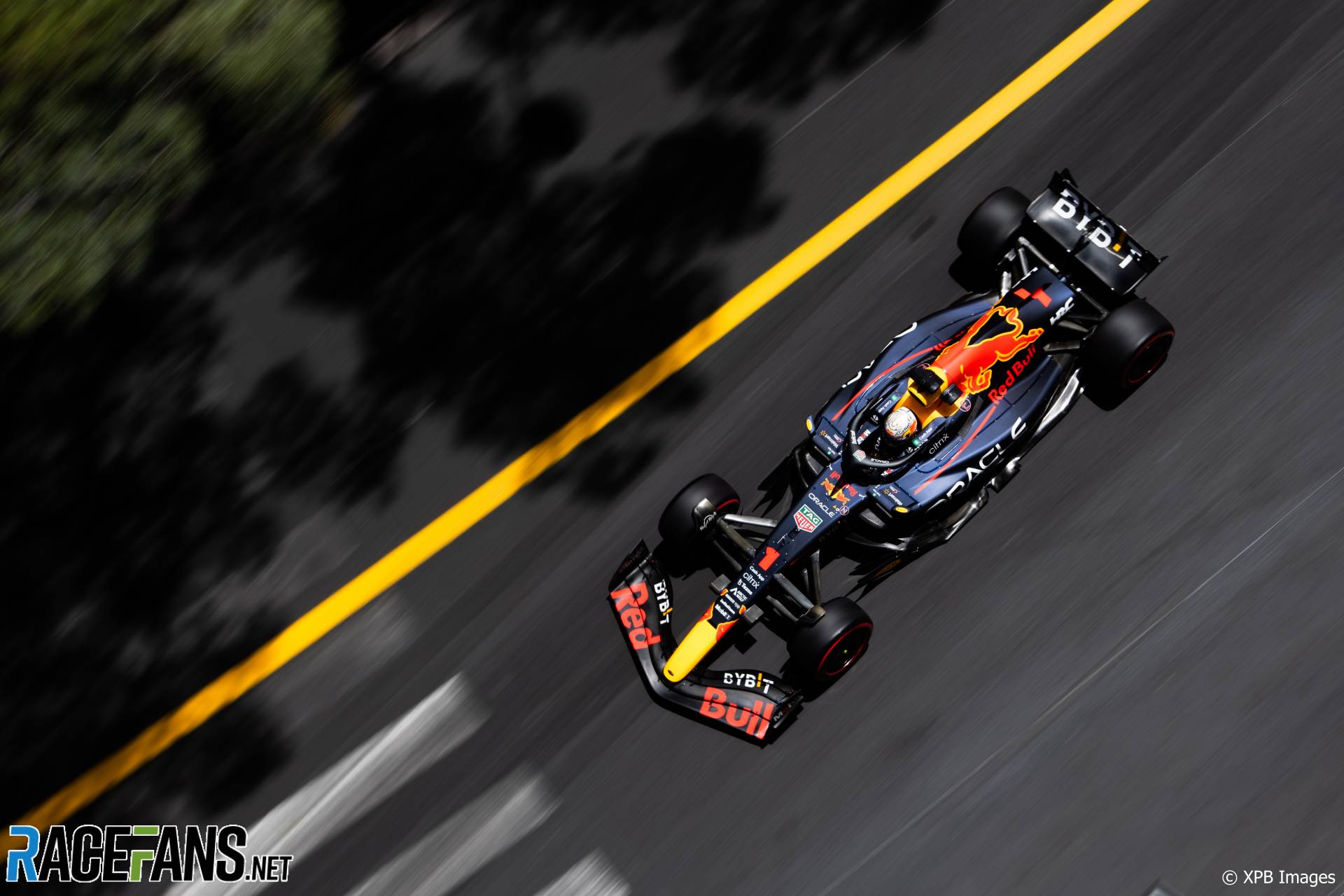 Race winner Sergio Perez and third-placed Max Verstappen face protests from their rivals for allegedly failing to stay on the right-hand side of the pit exit line when they rejoined the track during the race.

Onboard footage during the race showed Verstappen slid wide as he made his way out of the pits. The stewards subsequently said they had noted his team mate Sergio Perez for a possible breach of the pit lane exit rules.

No further communication followed until the stewards issued paperwork summoning both Red Bull drivers to meet them at 7:15pm local time “in relation to the two protests lodged by Scuderia Ferrari against car 1 [Verstappen] and car 11 [Perez] for allegedly failing to stay to the right of the yellow line at pit exit.”

Perez won the race ahead of Ferrari’s Carlos Sainz Jnr. Verstappen finished behind them in third, one place ahead of his championship rival Charles Leclerc in the other Ferrari.

The quartet were covered by less than three second at the end of the race. Should either Red Bull driver be found to have infringed the rules and receive a time penalty, the Ferrari drivers would benefit.

The protest was revealed by Red Bull team principal Christian Horner who learned of it in a telephone call as he spoke to media including RaceFans in Monaco.

“Ferrari have made a protest against Max,” Horner confirmed. He said Red Bull had looked into Verstappen’s alleged breach and “all the footage we’ve seen we’ve been content with.” There was no communication with the FIA over the incident during the race, he added.

Ferrari team principal Mattia Binotto said they believe both Red Bull drivers touched the line at the pit lane exit which has previously resulted in a penalty.

“We made the protest because we believe it was right to seek clarification,” he said in response to a question from RaceFans. “The intention of the protest is not really protesting the Red Bulls in itself, but seeking clarification on a matter which for us is obvious and clear.

“I think we believe that both Red Bulls were on the line, the yellow line exit in the pit lane, and in the past it has always been penalised with a five-second penalty. More than that, if you read the race director notes, it’s clearly written that, since Turkey 2020… that you need to stay on the right of the yellow line.

“For us it was not the case at all. So we are simply seeking clarification because for us it was an obvious decision.”