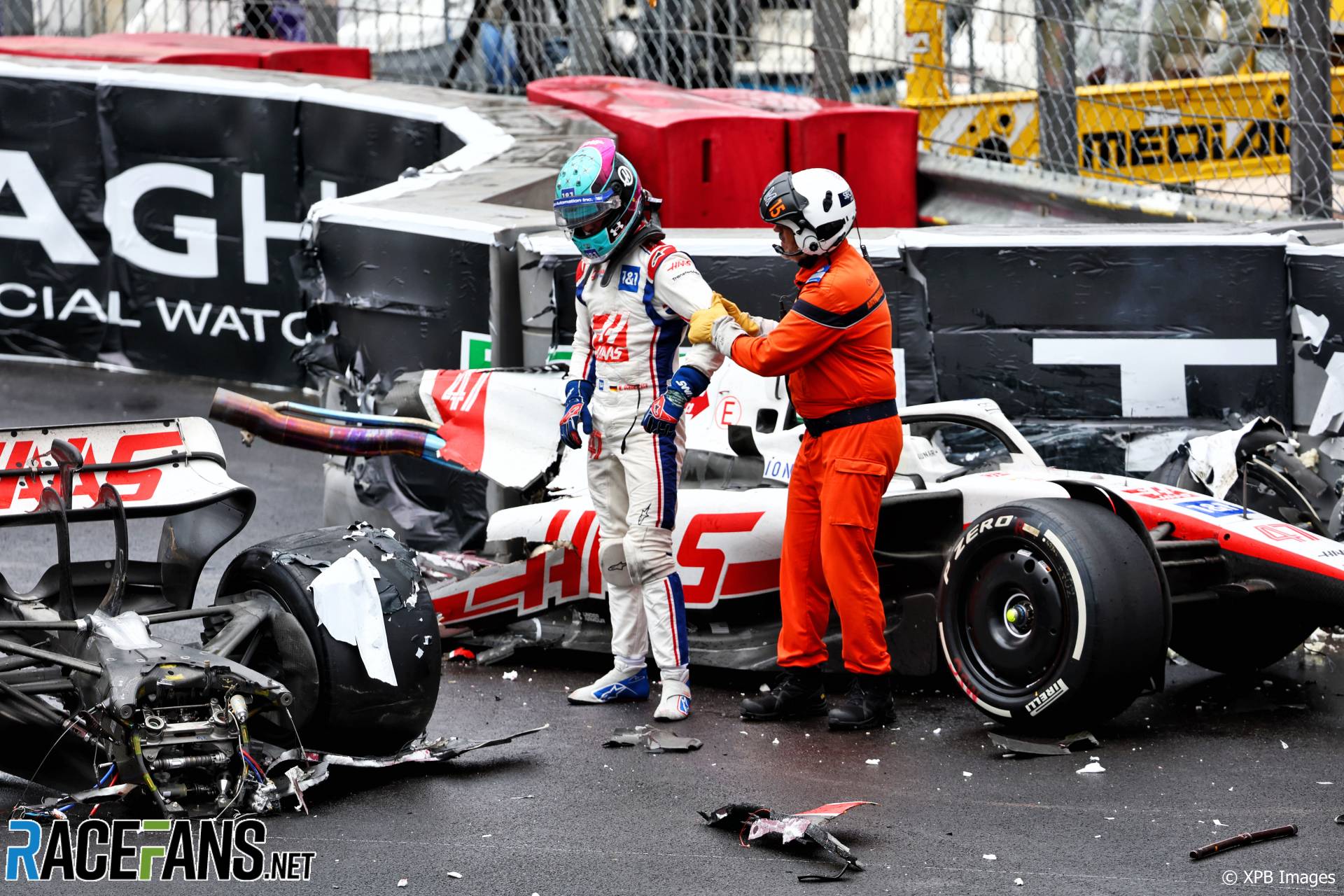 Mick Schumacher said the huge crash which ended his participation in the Monaco Grand Prix was “just annoying”.

The Haas driver was taken to the medical centre and later released following his enormous shunt on the 26th lap of the race.

Schumacher lost control of his car between the two chicanes which comprise the swimming pool section, nudged one wall with his nose, then had a heavy impact with a TecPro barrier. His car came to a rest the rear assembly including the gearbox, axle and wing were separated from the rest of the chassis.

He was heard asking his team on the radio what happened after his car came to a rest. “It felt super weird,” said Schumacher.

“From what I saw in the video it just seemed like we were 10 centimetres further out and that kind of triggered a wet patch or whatever with the front wheel, which then translated into a rear-wheel slide. And that’s where they said the rear came around.

“I tried to correct it and that’s why it went to the left. So very, very unfortunate and very annoying.”

His team mate Kevin Magnussen also retired, due to a power unit problem.

“It was a disappointing day today,” said team principal Guenther Steiner. “Kevin’s car was really fast, we were just waiting for our opportunity to pass Bottas at the pit stop, either under- or over-cutting to get by him and chase the field. He could easily follow him. He then had an issue with a water leak on his ERS system.

“With Mick we obviously saw what happened. It’s not very satisfactory having a big crash again. We need to see how we move forward from here.”

Schumacher did not participate in the Saudi Arabian Grand Prix in March after crashing heavily during qualifying which left the team low on spare parts.