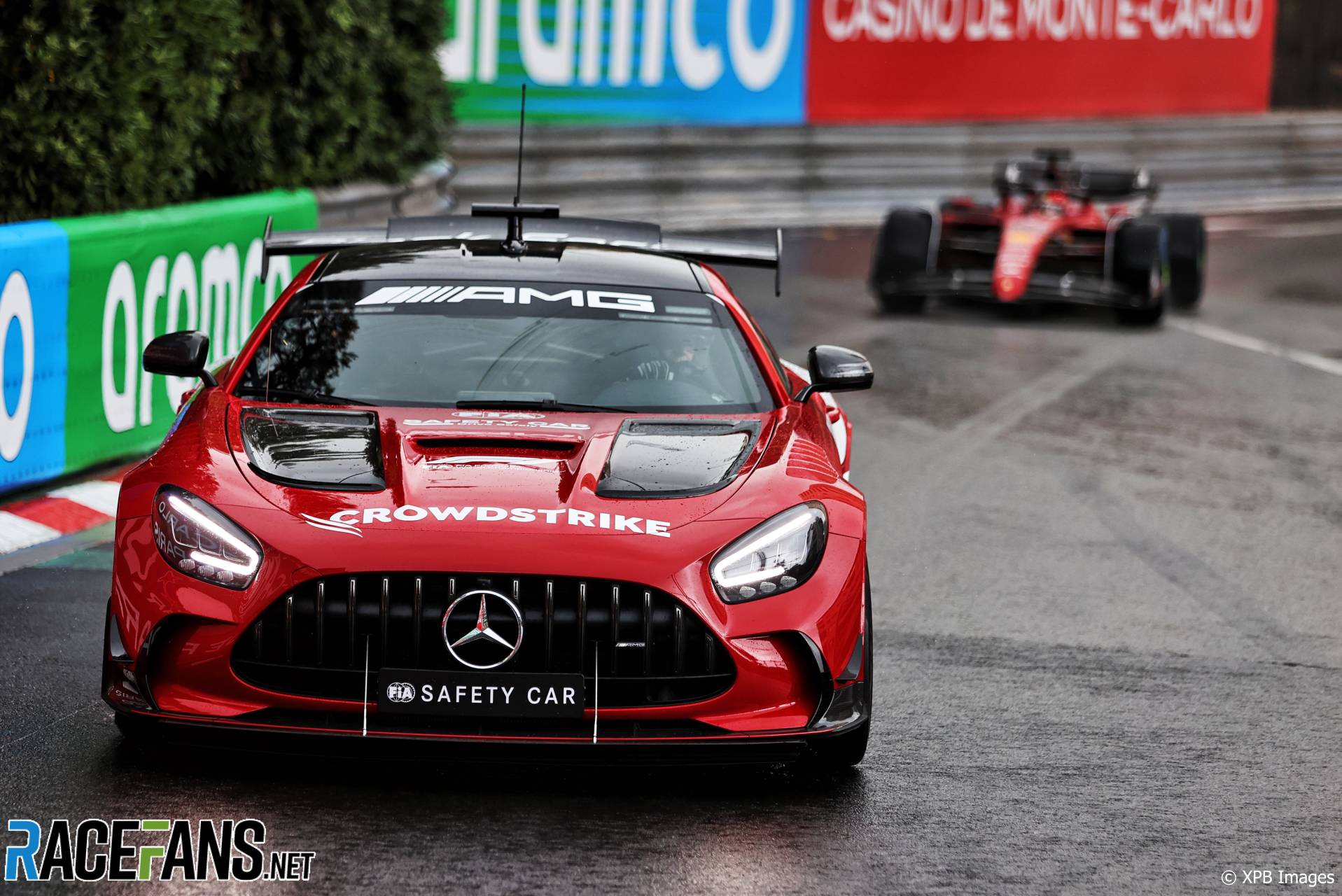 The first attempt to start the 2022 Monaco Grand Prix was aborted as heavy rain hit the track.

The starting procedure for the race was suspended five minutes before the formation lap was due to begin as light rain began to fall on the circuit.

However, as the weather radar then indicated more rain was heading to the circuit, the decision was taken to begin the formation lap behind the Safety Car.

“Race control was monitoring a severe downpour that was rapidly approaching the circuit,” said the FIA in a statement. “As it arrived during the start procedure, the Safety Car start and its associated procedures were implemented.

“This was done for safety reasons in consideration that there has been no wet running this weekend.”

The formation laps began at 3:16pm, 16 minutes after they were originally scheduled. A more sustained downpour then hit the track.

At that point, race control decided the start could not be given with the track in its current conditions. After two laps behind the Safety Car, the drivers returned to the pits, still in grid order.

The race has not officially been started. No time for the restart of the race has yet been announced.