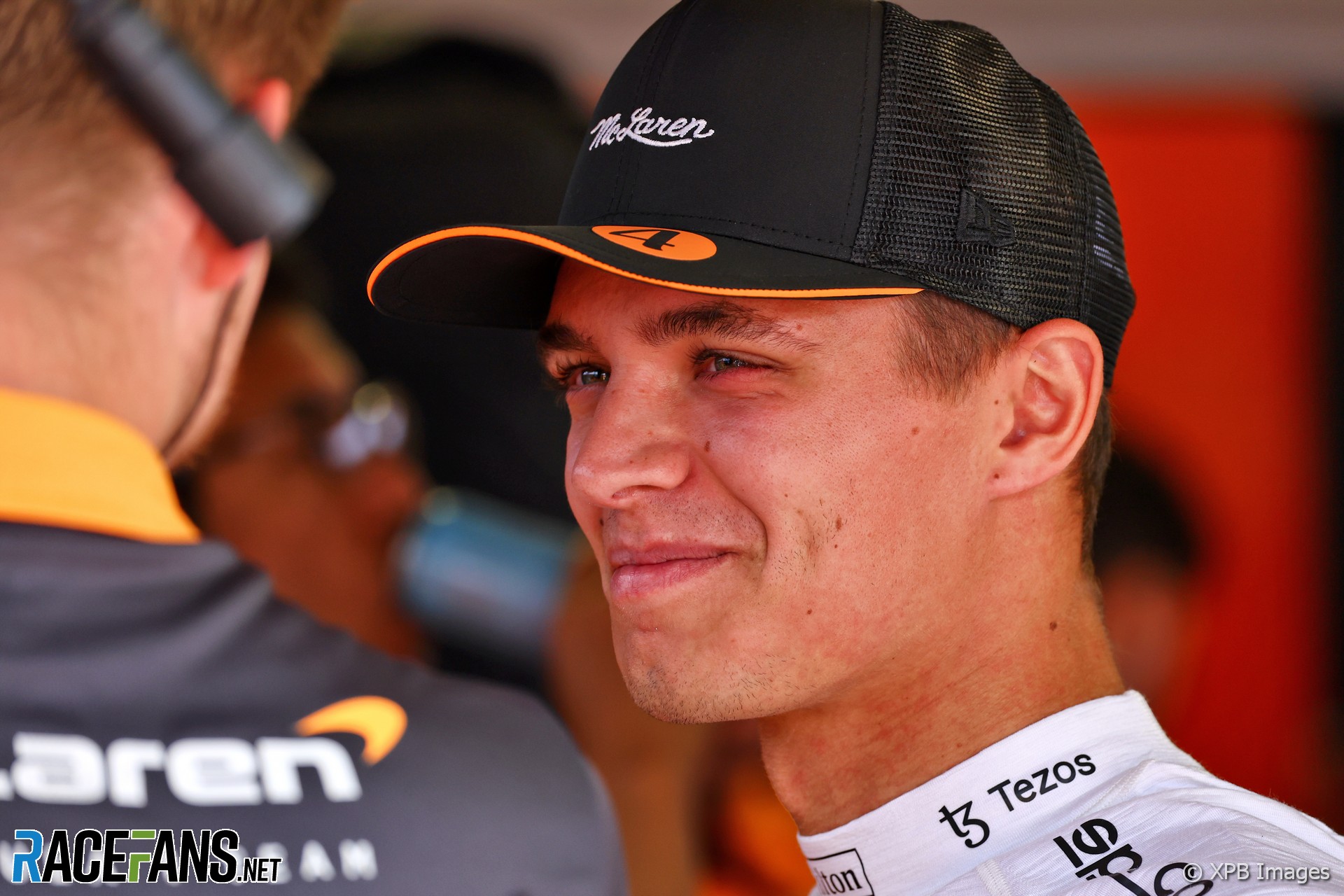 Lando Norris says he isn’t back to full fitness yet and could have improved the time which put him fifth on the grid for the Monaco Grand Prix.

The McLaren driver suffered a bout of tonsillitis during the Spanish Grand Prix last week.

“It’s been a long week just because of suffering with the amount I did last week with the tonsillitis and fever and everything,” he said. “Racing with it just made it even worse than it ever needed to be.

“It was something that had to be done and I was still happy with doing, it just took a big toll on me physically. So I was struggling a lot Sunday night. I did everything I could possibly do, with literally talking to no one and whatever.”

He said he feels much better in Monaco but has not fully recovered yet. “Recovering, throat-wise, I’m in a much better place,” Norris told media including RaceFans yesterday. “I can eat and drink now which is already a good start, something I couldn’t do last week.

“But still physically I didn’t sleep at all last week. So just catching up on that is not something which you can just catch up on in a couple of days, it takes time. So I know I’m not 100% now, you can probably tell by how red my face is and things.”

The lack of fitness has affected his performance in the car, Norris said. “There’s a few things I’m still struggling with but it’s much better,” he said. “I’m more confident that when I get in the car I’m on top of things rather than being almost a passenger.

“But it is tough because I know especially here in Monaco, you need to be on top of everything and it’s where you want to be physically 100% and I know, I’m quite a way off that still, even though I feel like I can do a good job.”

He qualified fifth, less than two-tenths of a second behind Max Verstappen. Norris believes he could have found much of that time.

“Nevertheless I’m just very happy with where I am still. P5 is a good result for us, still a step to the guys ahead to just be consistently there because we’ve been always two, three tenths off all weekend.

“I’m happy with my laps, just some small mistakes here and there which just let me down. But I want to put that more down to just my awareness and a couple of things that I’m just still struggling with.”