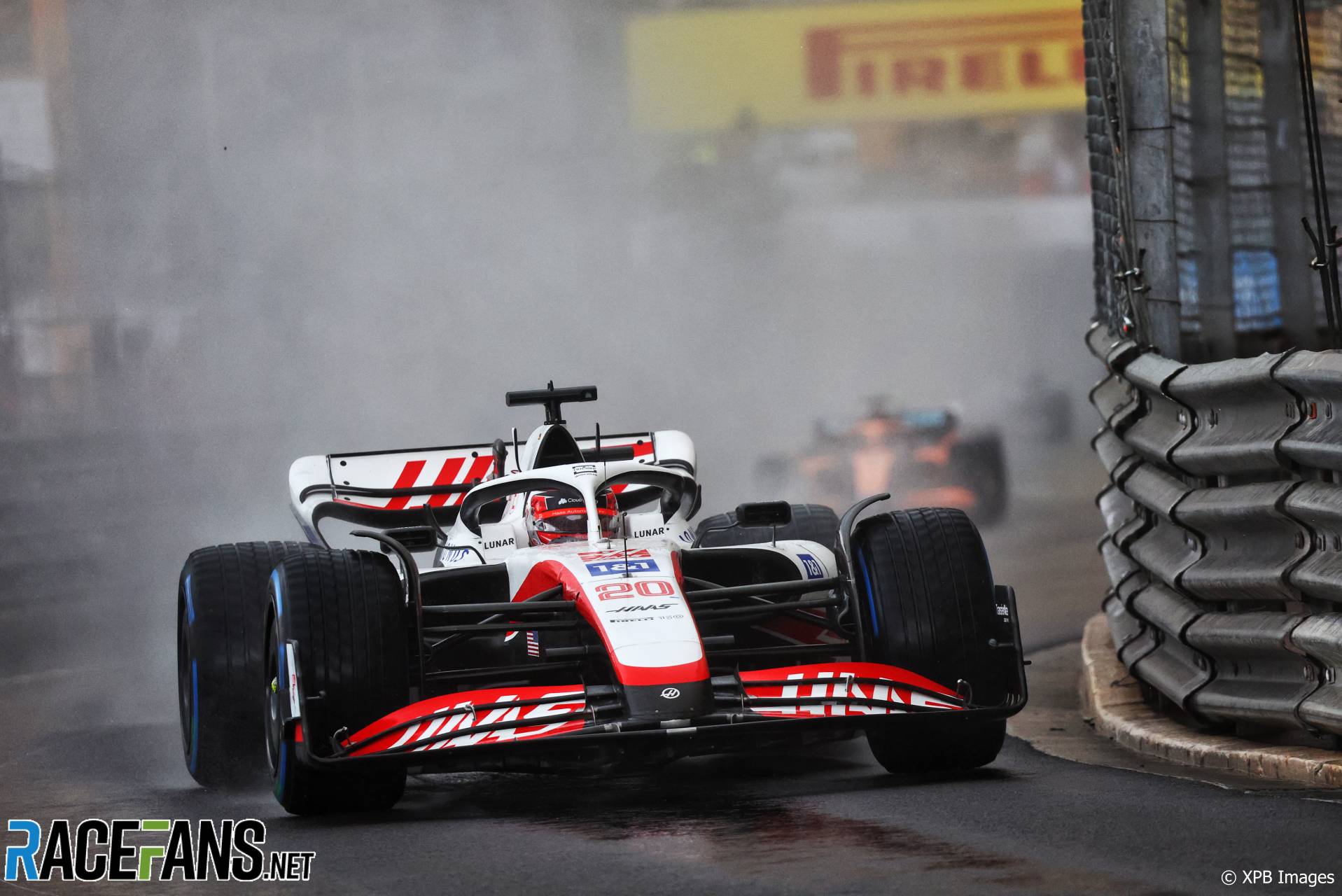 The start of the Monaco Grand Prix did not need to be postponed, says Kevin Magnussen, following a delay of more than hour before today’s race began.

The original start procedure for the race was aborted when light rain fell at the track. The formation lap began nine minutes later than planned, behind the Safety Car.

However further, much heavier rain then began to fall. The race director therefore summoned the cars back into pits and the start of the race was delayed. It eventually began an hour and five minutes after the original allotted time.

Magnussen believes the original start should have gone ahead, even though the rain which fell afterwards would have forced a stoppage.

“We could have started,” he said in response to a question from RaceFans. “Of course there was then a point afterwards that was torrential rain and the race would have been red-flagged.

“But that’s part of racing. So if the conditions are okay, they should start us. Maybe give us a crash course in wet weather driving or something, we can go and take some classes.”

Several new personnel were installed in F1’s race direction team during the off-season. Today’s race director, Eduardo Freitas, who has extensive experience in running World Endurance Championship races, was running a grand prix for the second time in his career.

“They’re new, so it’s big pressure for them, of course. I wouldn’t want to be in that position to take those calls.

“But of course I would bet my money that all 20 drivers wanted to go and were ready. We’re professional. We’ve done this before. If we can’t do it, nobody can drive in the wet.”

The FIA said the start of the race was delayed partly because drivers had not experienced the track in wet conditions earlier in the weekend. But Magnussen said it was “fine” to give the start. “This is professional drivers, Formula 1, it’s not WEC.”

Magnussen retired from the race with a power unit problem, shortly before his team mate Mick Schumacher crashed heavily.

15 comments on ““This isn’t WEC”: Magnussen says rain should not have delayed Monaco GP start”