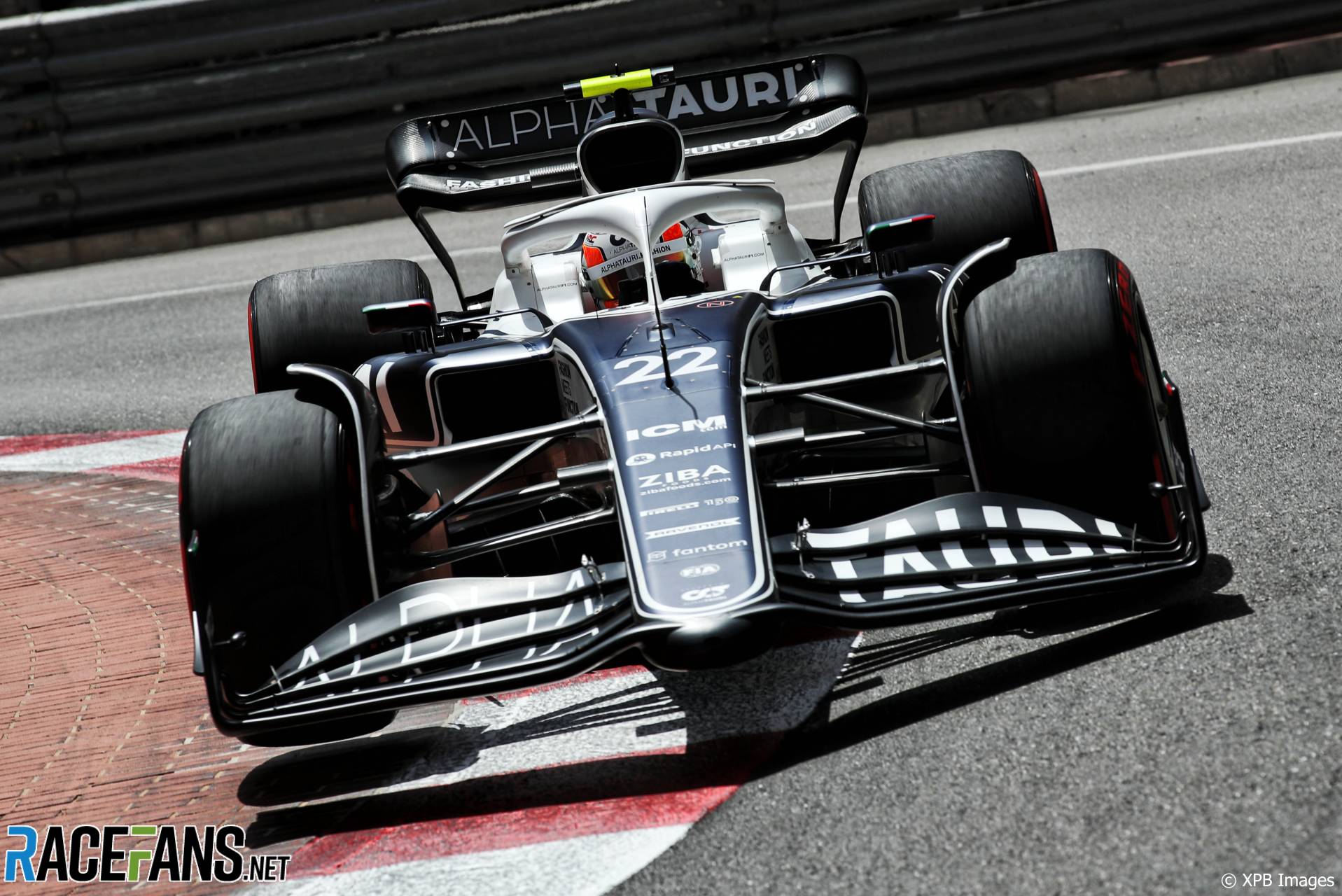 Yuki Tsunoda apologised to his AlphaTauri team for causing the red flag which led to his team mate’s elimination from qualifying.

However Tsunoda questioned why Formula 1’s race director chose to stop yesterday’s Q1 session as he drove back to the pits following his contact with the barrier at the Nouvelle Chicane.

Tsunoda hit the barrier on the inside of the corner. Although the impact was significant, he was able to return to the pits and complete a further lap in the session.

The session was red-flagged in the meantime. When it restarted AlphaTauri sent both drivers onto the track but only Tsunoda was able to start another lap and claim a place in Q2. Pierre Gasly, who was running behind him, reached the line a second too late to begin his lap.

“Apologies to the team that I created that situation,” said Tsunoda. “To be honest, I don’t know what was the reason for the red flag.

“But definitely I created that situation and Pierre had definitely potential to go through Q3 today and he wasn’t able to cross the line before the session finished. So apologies for the team.”

He also revealed he was unaware his team mate was behind him in the queue to set a lap time at the end of Q1.

“I went early, as much as possible, for the team,” he said. “I didn’t know, to be honest, there was Pierre behind. But anyway I was close to the cars in front.

“Maybe I can close one second more but I don’t think it will make a difference for Pierre. So like I said, I can’t find anything more than apologies for the team.”

Tsunoda said the damage to his car hindered his efforts to progress to Q3. He was eliminated in Q2 and will start the race from 11th. “So also from my side it was not ideal and I think both cars they were potentially going through Q3, so it’s a shame,” he said.

George Russell hit the same barrier later in the session but proceedings were not stopped. Asked whether the red flag was shown too early after his crash, Tsunoda said “for me, yes.”

“But I think I created the situation so I cannot say anything more on this one,” he added. “I cannot blame the FIA. The main thing is safety so I can understand what they’ve done.”

Zhou Guanyu, who will start last, was also unhappy with the decision to red-flag the session.

“Where we are here is not really where we should be,” he said. “So we have to see, I mean, that’s one of those things, I think the red flag is not really playing any people’s hands and I just don’t know why they put in that time.”

He said that after the session was red-flagged “I was expecting a big crash but then nothing really happened. I don’t know if Tsunoda touched the wall or not but it’s a bit of shame because I wasn’t the only car that didn’t get across the line.”