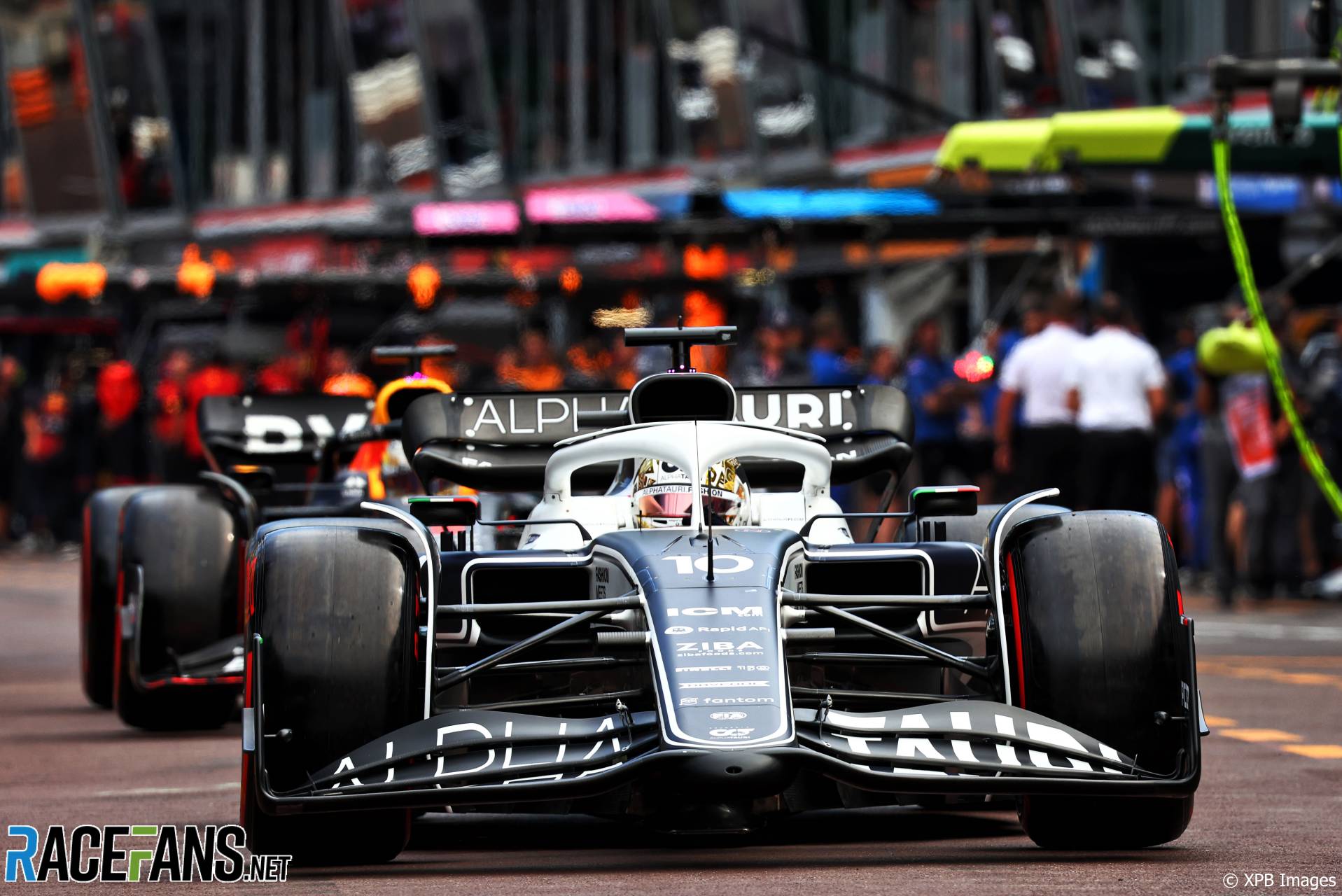 Pierre Gasly was lost for words after a red flag caused by his team mate led to his elimination in the first round of qualifying yesterday.

The AlphaTauri driver, who never placed lower than seventh in practice, will start today’s Monaco Grand Prix from 17th.

“I’m extremely disappointed,” he said in response to a question from RaceFans after yesterday’s qualifying session. “I don’t think I can put words into how I’m feeling right now because the whole weekend was so good.

“I was P5 this morning, P6 [in first practice] yesterday. Every time I came out I felt super-good in the car. I was just comfortable to put the first lap times in.”

After a strong start to qualifying, Gasly had to run again at the end of Q1 to secure a place in the next round, after his team mate triggered a red flag by striking a barrier at the Nouvelle Chicane.

However not all drivers were able to leave the pits early enough to begin their final laps before the clock ran down. While Tsunoda made it to the line with moments to spare, Gasly saw the lights turn red just before he crossed the timing line.

“I just don’t understand some of the the choices we are making,” he admitted. “Obviously there is a bit of bad luck in there, it’s a mix of different circumstances. But at the end of the day, it was the same session for everyone.

“When we decide to do only two laps, when I finished my second lap I’m P4, P5, it was good. Obviously everybody stayed on track and we decided to come in.

“Then after there’s a red flag I’m out of the pit lane too late. Yuki passed [the line by] one second and I think I missed it [by] two seconds. Basically I didn’t have any representative lap time.

“Our mistakes are costing us massively and unfortunately weekend after weekend it starts to be very disappointing for everyone in the team.”

Gasly said he wasn’t convinced the red flag was even necessary, calling it a “questionable” decision. “I still don’t really fully understand why it was there.

“There’s a lot of things we need to review,” he added. “But I think the conclusion is we’re just not doing a good enough job at the moment.

“When we have a car to finish qualifying P5, P6, I just don’t understand how we end up in such positions. We just need to do a better job.”