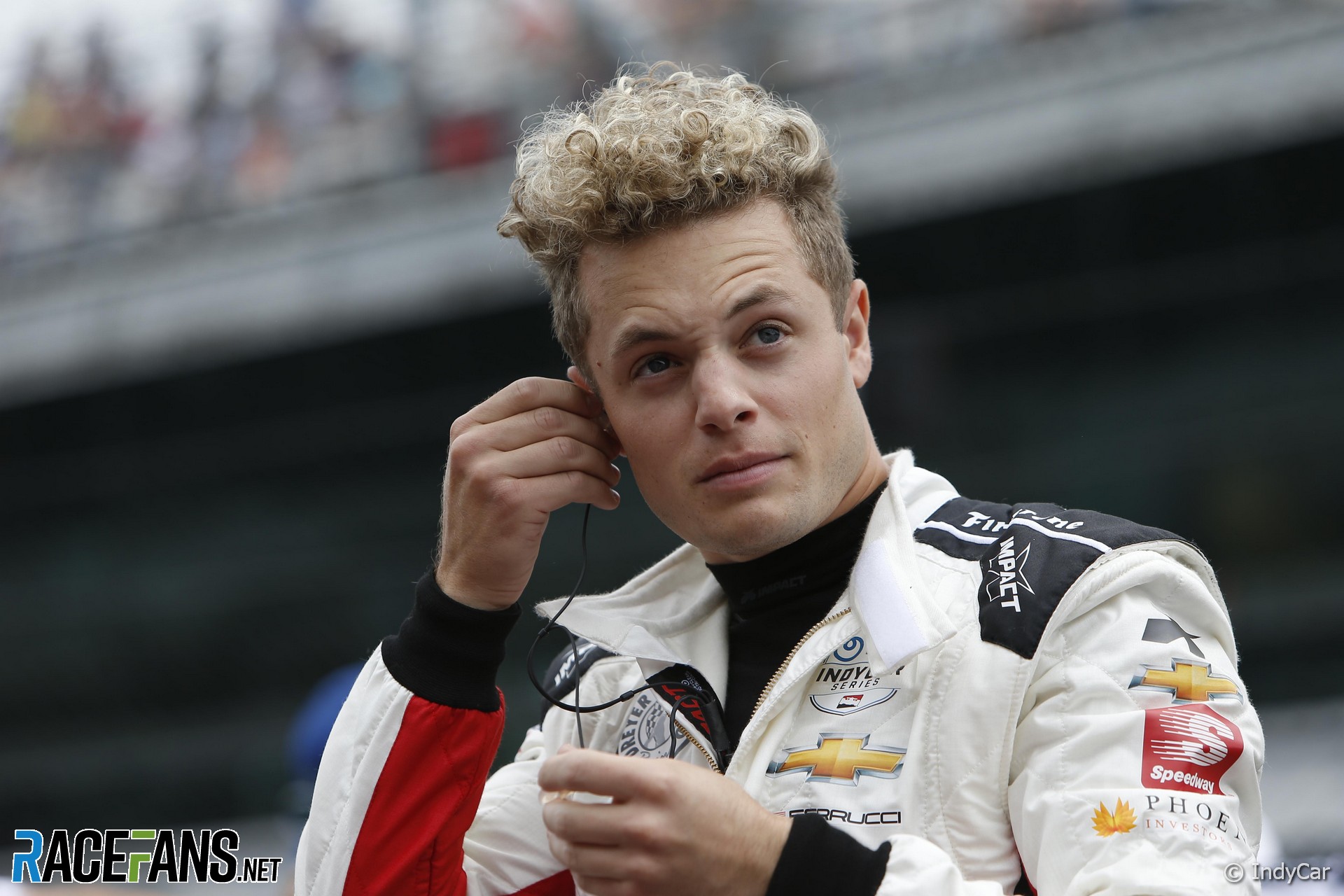 Callum Ilott will sit out this weekend’s IndyCar race in Detroit after sustaining a hand injury in his crash during last weekend’s Indianapolis 500.

The Juncos Hollinger racer has not been cleared to participate in the seventh round of the championship this weekend at the Belle Isle street circuit in Detroit.

Santino Ferrucci, who made his IndyCar debut at the track four years ago, will substitute for Ilott in the single-car team.

Ilott said he was “devastated” to miss the race. “After speaking with the doctors and specialists here in Indy the damage to my hand was slightly worse than when first looked at,” he explained. “They suggested that the long-term healing was the top priority and any damage that could be done in the short term by racing would be a longer-term problem.

“After learning this I agreed with the medical team’s decision that I would not be cleared and would spend more time healing. Although I would have loved to be racing, I wanted to preserve myself and focus on my health.”

Ilott, who is contesting his first full season as an IndyCar driver, said team owners Ricardo Juncos and Brad Hollinger supported his decision. “I will be with the team this weekend and supporting Santino and providing any guidance I can. I am sorry that I won’t be in the car this weekend but know this is the right decision.”

IndyCar’s decision not to approve Ilott’s return to the cockpit presented a “difficult scenario” for driver and team, said Juncos.

“Together we are looking at the long-term view, so keeping Ilott out of the car to take the necessary time to heal was most important, so we support IndyCar’s evaluation.

“Callum has already proven to be a strong contender this year and we want to keep building on that, so we all agree this is the best decision for this weekend.”

“We want to thank Santino Ferrucci for graciously stepping in to help us out in the number 77 Chevrolet at Detroit,” Juncos added. “To have a driver of high calibre like Santino will be a great assist to our team. We will provide any support necessary to Santino this weekend as we get him settled in the car.”

Following the Detroit round, IndyCar will race again the next weekend at Road America.

6 comments on “Ferrucci to substitute for injured Ilott in Detroit”