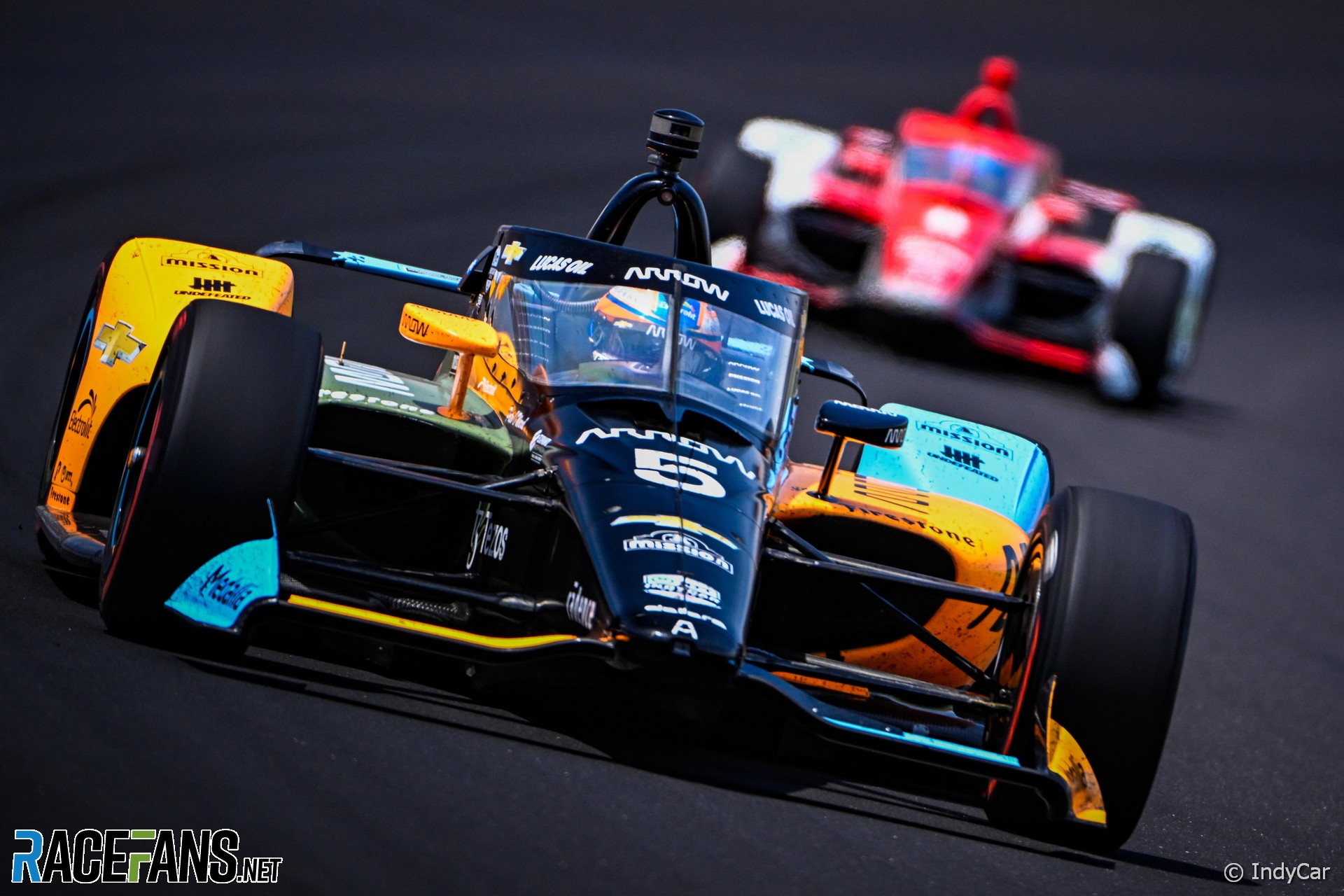 Pato O’Ward had a chance of becoming the first Mexican driver to win the Indianapolis 500, but had to settle for second place, his best result in the race to date.

He led the three-car effort of McLaren SP at the finish, with his team mate Felix Rosenqvist fourth, and Juan Pablo Montoya 11th.

“They gave me a really, really good car,” O’Ward said of his crew. “I was so happy with the handling.”

“We did everything perfectly, we did the fuel perfect, no mistakes were done. We positioned ourselves perfectly to have a shot at it.”

He ran inside the top five virtually all race long, and put himself in serious contention for the win after the penultimate round of pit stops by overcutting Scott Dixon. In the final round of pit stops, O’Ward pitted on lap 177, but was overtaken by Rosenqvist, who had pitted five laps earlier.

Soon afterwards, the flying Marcus Ericsson appeared on the tail of the two McLaren SPs.

“When we got done with that last pit stop, Felix undercut us,” O’Ward explained. “Then when I pitted and started catching up to him – then Marcus, out of nowhere, just came out with insane speed. He got by me like I was standing still.”

After that setback, O’Ward then caught and passed Rosenqvist. But had trouble keeping up with Ericsson – especially as he encountered lapped traffic. “I had nothing for him. I said, ‘I need a yellow to try and have a shot.'”

“Tony [Kanaan] was also really quick coming behind me. I know he was catching me faster than what I was catching Marcus.”

The yellow flag that he wished for – followed by a red flag – came with four laps left after Jimmie Johnson crashed out of the race. O’Ward restarted from second, behind Ericsson and ahead of Kanaan.

As the leaders took the white flag, O’Ward slipstreamed Ericsson, despite aggressive weaving from the race leader to break the tow, and the Mexican driver set up a move around the outside heading into turn one. However, he didn’t have enough speed to make the move stick as Ericsson held the lead around the inside.

“When the restart happened, I said, ‘I have one shot, I have to go flat.’ And it still wasn’t enough. Sadly, they have the faster car. I was surprised with how much more pace they had in a straight line, with quite a bit more downforce. I was just trying to time it as good as possible.

“Obviously the weaving helped him. Staying on the inside helped him. I got alongside him, but we all know how that ends up in the last lap. No way he would have backed off.”

O’Ward acknowledged that Ericsson was defending very aggressively, but told the IndyCar Radio Network he “would have done the same thing” if the roles were reversed with himself in front of Ericsson.

O’Ward conceded he and the rest of the McLaren SP team still have more room to improve as they pursue their first Indy 500 victories together. And there will be plenty of time for that to happen: O’Ward officially agreed to a three-year contract extension on Friday, which will see him stay with McLaren SP through 2025.

“We need to do a better job,” O’Ward said. “We need to come back next year and give it hell again.”

“I’m proud of the job we did today. It’s my best result in the 500. Just…It’s a bit of a tough pill to swallow after such a long race, and doing everything correctly.”