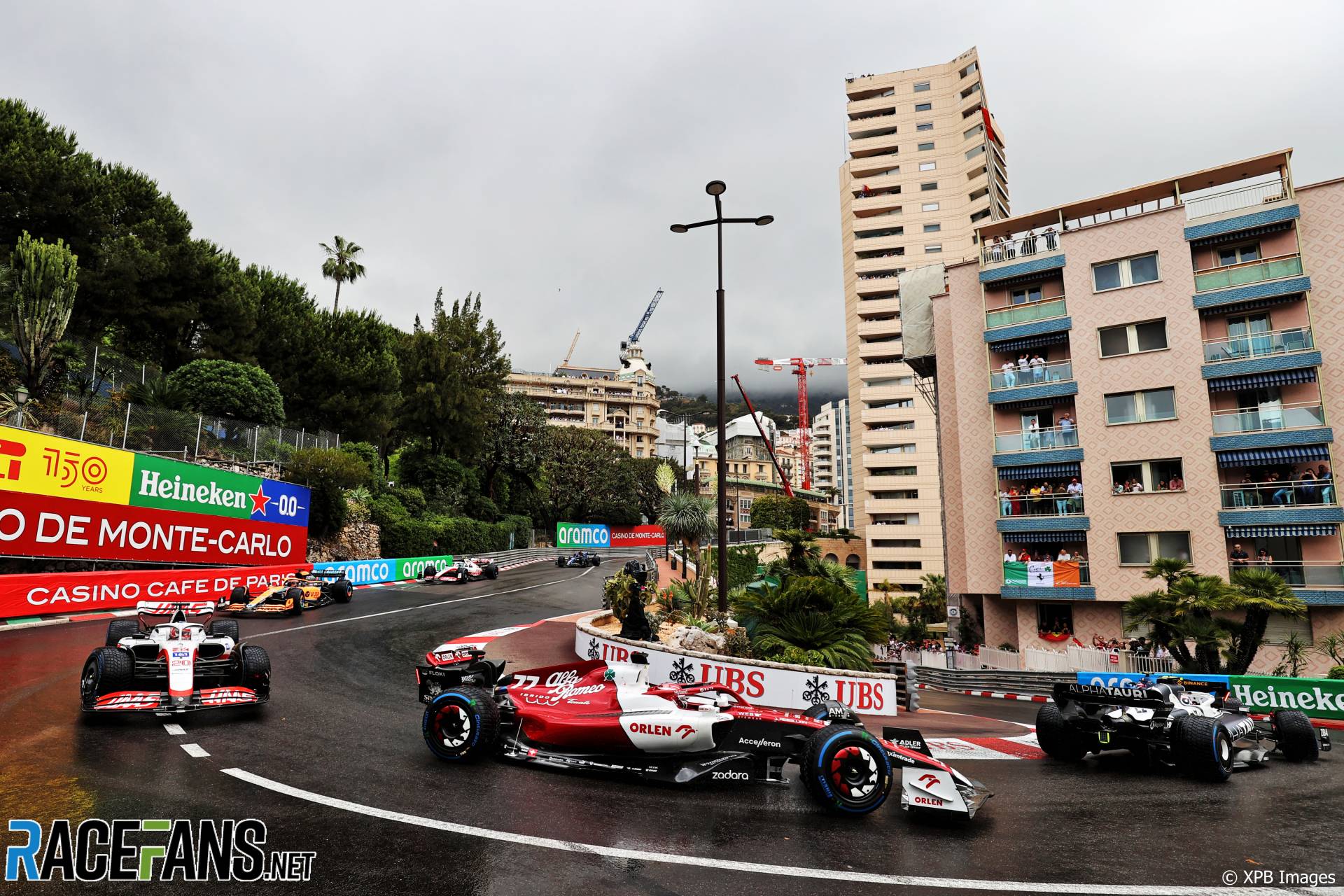 In the round-up: Valtteri Bottas has said that he expected Monte Carlo to flatter Alfa Romeo’s car far more than it did.

Monaco deficit should not repeat in Baku – Bottas

Valtteri Bottas expected Alfa Romeo’s car to be more competitive around the streets of Monte Carlo and was surprised to find it struggled with cambered corners.

“I think now it’s important for us to understand why,” Bottas said about the problems. “I feel like it’s something mechanically it doesn’t quite fit with these corners.”

Bottas finished ninth in the race, three places higher than he started. He expects the next track will suit his car better.

“For Baku I think they’re a little bit more like normal type of corners,” he said. “They’re more like 90-degree corners and not that much camber and off-cambers except in the old town. So I hope it’s better.”

Lance Stroll is confident Aston Martin’s new car concept, unveiled in Barcelona, will allow the team to be more competitive at a wider range of tracks,

“I think there’s more opportunity with this car,” Stroll said after the Monaco Grand Prix, where team mate Sebastian Vettel the team’s first point since the Red Bull RB18-esque chassis was introduced.

“Even with the other the launch car, we were still, in some races, competitive,” Stroll explained. “In Imola we were okay, we were in the points there and then Miami we were in Q3 and the points. So we still had tracks but this car [in Barcelona] we were really struggling.

“I still think it’s the nature of the track, maybe the high-speed tracks we’ve still got to work on. I think we’re still weaker in the high speed corners, but in the low speed corners, this car seems to be a lot more competitive.

“I think there’s opportunity to develop the car in both high-speed and low-speed with this philosophy, which is good to see.”

Mercedes’ strategy in the Monaco Grand Prix help George Russell gain a place on Lando Norris and continue his run of top-five finishes.

However Norris’s pace in the final stint surprised Mercedes, who had not anticipated him finishing just 0.263 seconds behind Russell. This was aided by a tyre change which became possible after Fernando Alonso dropped back at an unexpectedly rapid rate.

“What we hadn’t expected were Lando’s times to be sustained at such a high rate,” trackside engineering director Andrew Shovlin said. “We hadn’t expected him to be so close to George at the end of the race. If we had known that, with hindsight we would have come in and taken the used hard even if we weren’t going to be in the fight for fastest lap.”

Formula E heads to the Indonesian capital of Jakarta this weekend. Rookie driver Oliver Askew expects the sweltering conditions of the local climate to pose a significant challenge.

“Jakarta is going to be the team’s first hot race of the calendar this year, and so thermal battery management is going to be a crucial factor of the weekend,” Askew said. Ambient temperatures of 31C heat with 70% humidity are expected during the race.

“As a rookie, this will be my first time in the car in which the humidity and high temperatures will play a major part in the race,” he continued. Formula E car batteries must not to exceed 88C, due to the stress of discharging and recharging via regeneration.

“But it’s a challenge that I’m looking forward too. It will also be my first time in Indonesia and it’s a country I’ve always wanted to visit.”

These will ALWAYS be my favourite photo’s 💯🌈❤️

People always ask me what it meant to me to be the first openly LGBTQ+ driver on the podium during an @F1 weekend…
My answer – of course, it was special for me, but this one is for the community 🌈

Two years ago, when I was working Walmart overnights for minimum wage during the first lockdown, I said that if things got back to normal I would take a picture on a superyacht at a Grand Prix wearing my Walmart vest and name tag. On Sunday afternoon I fulfilled that promise :) pic.twitter.com/DNOGICDfTa

FWIW, I did a short stint with Pi, @LewisHamilton was our test driver age 9ish, proving out software including early GPS stuff. Anthony would disappear and come back with armfuls of fish and chips. Welcome at tests where it was pissing with rain. That is how you motivate people. https://t.co/pltaklJzjf

'Miami Gardens residents who sought to block the Formula One Miami Grand Prix at Hard Rock Stadium dropped their lawsuit Tuesday, saying data collected during the event showed 'disturbing' levels of noise but not enough to threaten hearing loss.'

'The Fédération Internationale de l’Automobile announces the departure of Peter Bayer, who served as Secretary General for Sport since 2017 and also as F1 Executive Director since 2021.'

What’s in Minardi’s inbox as he takes over FIA single-seater role? (Formula Scout)

Minardi steps into the single-seater commission role as motorsport rebounds from the Covid-19 pandemic which played havoc with calendars, imposed additional costs and forced events to be held behind closed doors. '2022 is an important year for motorsport as we are trying to regain the time lost in the sport,' he says.

At AMF1, we're committed to ensuring that equality, diversity and inclusion is embedded in our culture. Throughout June, we're celebrating strong allies and providing unconscious bias and allyship training to all our people to support our colleagues to be their authentic selves.

As Daniel Ricciardo’s struggles at McLaren deepen, Michael asks how a team can develop a car so unsuitable for one of its existing drivers:

It’s never easy turning it around. He’s obviously not comfortable in the car and the more it continues, the less comfortable he’ll get unless something changes in a favorable manner and makes Norris uncomfortable. This is a tough situation for sure. He’s not the only driver in this situation this year. We saw the same with Daniel and Sebastian in 2014 but he was on the other side of the equation.

I do find it fascinating how a team can make a car that doesn’t suit an existing driver on their team which is what we’re seeing with Schumacher, Gasly, Sainz, and Hamilton. I’m not sure Alonso love this car either.
@Freelittlebirds