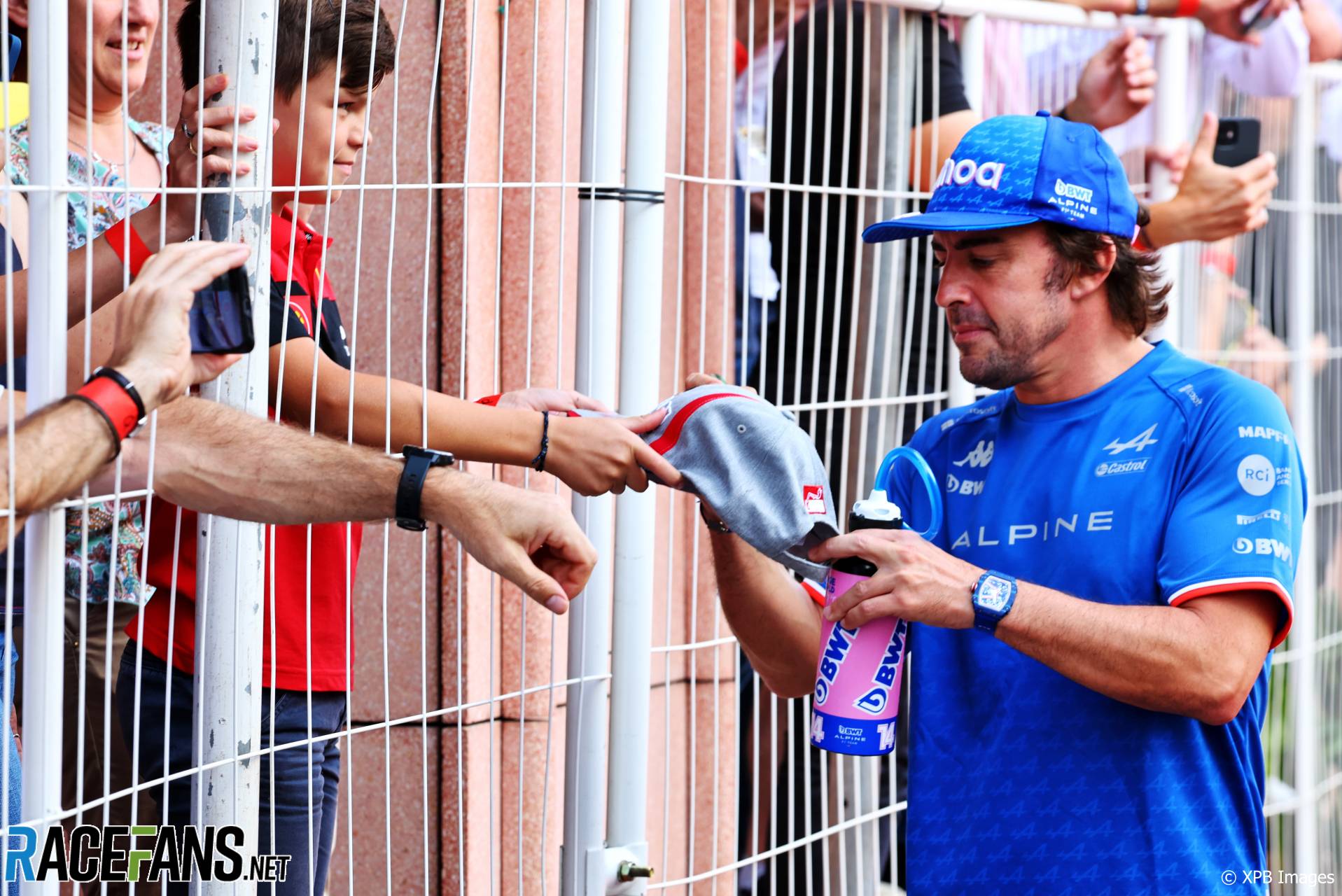 In the round-up: Fernando Alonso says he has been driving with an injured hand since crashing in qualifying for the Australian Grand Prix

Fernando Alonso says he has been driving with an injured hand since crashing in qualifying for the Australian Grand Prix in April.

Alonso crashed in the final sector of the Albert Park circuit on his first flying lap in Q3 when his Alpine suffered hydraulic failure, denying him any engine braking and seeing him crash into the tyre wall. The double world champion says he has been coping with hand injuries from the accident ever since.

“Bones, ligaments, tendons – everything is a mess at the moment,” Alonso said. “I need two or three months. There is no surgery, nothing you can do – just rest. Unfortunately, every two weeks I have to drive. So I try to rest at home, but it will take a few months.”

Wolff not satisfied with “gifted” podiums

Toto Wolff says he and Mercedes will not be satisfied until the team are earning podiums on pace once more, rather than being “gifted” podiums.

Mercedes sit third in the constructors’ championship on 134 points – 101 behind leaders Red Bull. Mercedes have taken three podiums appearances in seven races: One for Lewis Hamilton in Bahrain and two for George Russell in Australia and Spain. Wolff says he wants Mercedes to start earning top three finishes on pure merit as soon as possible.

“In the past, we had a few podiums before, but this is only when something goes wrong in the front,” Wolff said.

“At the moment, I don’t want anything gifted for us. Our team is only third on the road and that’s why the positions of fifth and sixth are where we belong to, but this is not where we want to be. If you’re inheriting a podium, that is nice – it’s good for the points long term – but I don’t want any of that. I want to be part of winning in the front and this important lessons that we learn here and is going to be the basis of us performing long term again.”

The Prema driver beat team mate and Ferrari academy driver Dino Beganovic to jump from third on the grid and win his second race of the season with a margin of victory of just under a second. MP Motorsport’s Michael Belov took the final podium position in third.

Beganovic increased his points lead in the championship to a commanding 65 points over Hadrien David in the standings. Race two takes place this afternoon.

A friendship that goes back a long way! #HaasF1 pic.twitter.com/7Aepg4WCnx

All the essentials Lewis needs to go racing 💛🔥 pic.twitter.com/qCY1O2QkIK

Kyle Kirkwood says his right hand “is not great” following a crash in morning #IndyCar practice.

Driver challenges in the paddock. ✌️

Can @AbbieEaton44 get our #WSeries drivers to complete random tasks? 👀

Watch to find out. 📺 pic.twitter.com/hfboDod18y

"I’m happy where I am, and just because somebody is interested doesn’t mean that I’m actively looking for a place for the future."

"India is a massive market for us, a tier 1 market for us. You don't know what the future brings but the intention is to stay there for a long time. It won't be a 20-year contract to start with. It would be a medium term deal and hopefully we extend it four or five years."

Why ‘smart, capable’ Sainz can still be a factor in the 2022 title fight (source)

Formula 1 is betting heavily on the success of the Las Vegas Grand Prix by purchasing a $240 million (£192m) plot of land by the Las Vegas Strip. But PeterG is not impressed by the investment…

Is F1 spending $240m for a spot of land in Las Vegas really a good deal considering they have hamstrung teams with a cost cap and are refusing to allow a new team to enter to avoid having to spend more of its revenue by splitting it with 11 teams rather than 10?

Plus does anyone really think this rather dull looking Las Vegas car park track is going to be around for that long?

If F1 are having to waste that sort of money to buy land to make a car park street track work for teams then it was clearly not a good place to throw together the car park track. Could have spent far less to go racing on a proper racetrack anywhere else.

But the show and spectacle over sport era of Liberty Media WWE F1 cares only about the spectacle glitz and glamour off track, so I guess racing on an actual good track no longer is important.

I’d much rather they save the money to race on a proper track or help get another team or 2 on the grid than have another horrid car park street race on a track like all the other recent car park street tracks.
PeterG