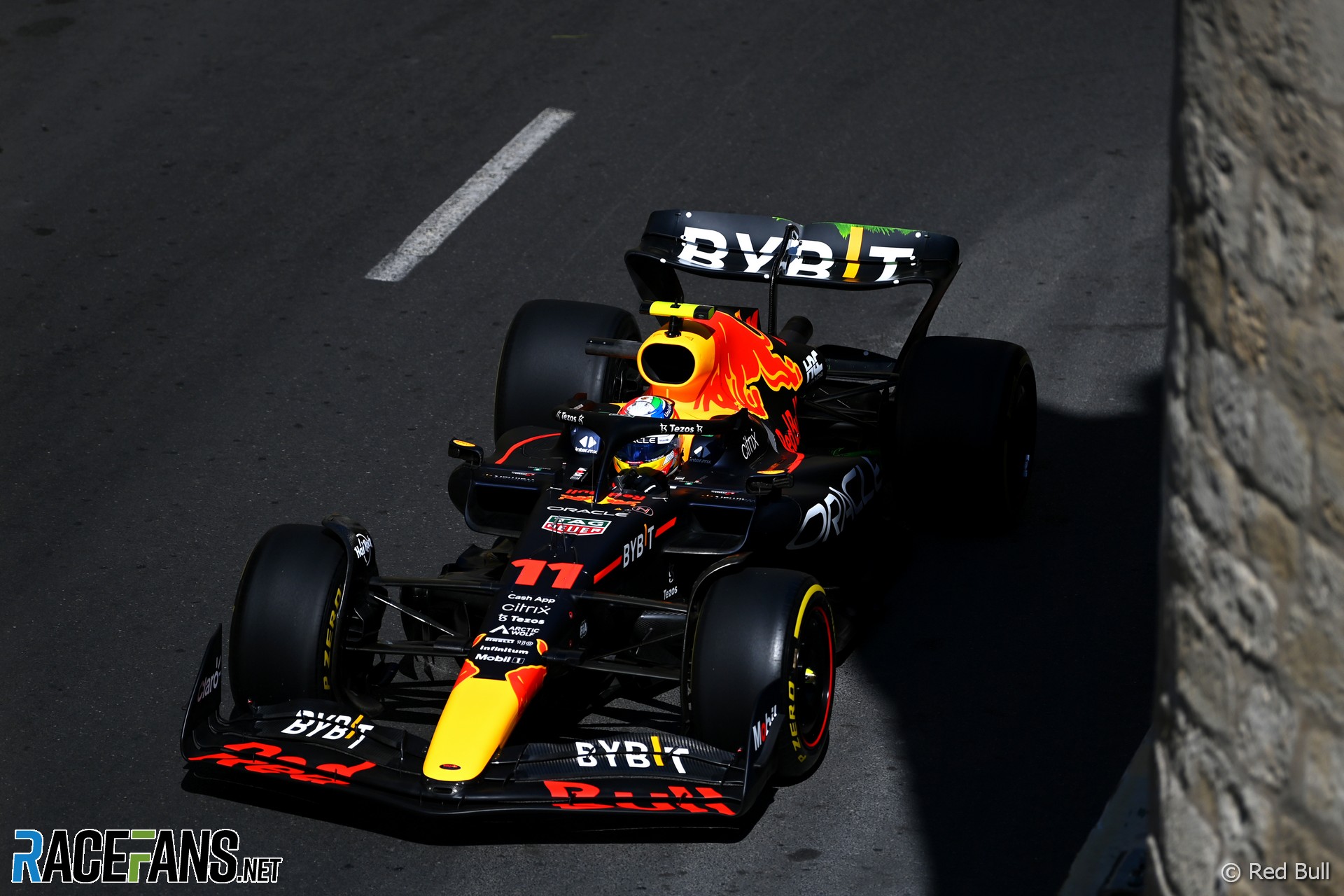 The Red Bull driver set a benchmark time of a 1’45.476 to end the first hour of running on the Baku City Circuit quickest of all, a tenth of a second ahead of Charles Leclerc’s Ferrari. Max Verstappen was third-fastest in the second Red Bull.

Clear blue skies greeted the drivers as the pitlane opened for the first session of running in Baku, with a warm air temperature of 26C. All 20 cars took to the track in the opening minutes, with the two Red Bulls of Verstappen and Perez the first drivers to set a remotely quick lap time.

Trouble struck Mick Schumacher just five minutes into the session as water began gushing out of the side of his Haas. Schumacher was called back to the pits, before being instead told to stop the car on the exit of the castle section at turn 12, ending his session and bringing out a Virtual Safety Car.

Once the Haas was cleared, the session resumed. Lewis Hamilton ran off the circuit under braking for turn four and had to use the escape road to right the car. Lance Stroll had a close shave at the fast left hander of turn 15 in the final sector, scraping against the TecPro barrier and causing minor damage to his Aston Martin. After a stint for repairs, Stroll was able to rejoin the session.

Nicholas Latifi became the second driver to have their session ended early when his Williams shuddered to a halt approaching turn five. He pulled off on the escape road and his car was cleared under another Virtual Safety Car period.

With the cars reaching extremely high speeds along the long main straight, many drivers had to deal with a recurrence of porpoising during the session. Carlos Sainz Jnr, Pierre Gasly, George Russell, Lando Norris and even Max Verstappen were seen visibly bouncing along the fastest section of the track.

With around 20 minutes remaining, many of the drivers took to the circuit on the soft compound tyres. Perez used the fastest rubber to set the fastest time of a 1’45.476, ahead of team mate Verstappen and the two Ferraris of Leclerc and Sainz. Leclerc improved to go second quickest behind the Monaco Grand Prix winner.

After Verstappen’s DRS slot appeared to open to an excessive degree along the back straight, Red Bull brought in both cars to examine their rear wings before sending both Verstappen and Perez back onto the circuit. However, Perez’s earlier fastest time would not be beaten and he would end the first session of the day top of the times sheets.

Leclerc was second quickest in the Ferrari, 0.127s off Perez’s best time. Verstappen ended the session third fastest, but spun at turn 15 on his way back to the pits, somehow avoiding the barriers before complaining of off-throttle understeer in his Red Bull.