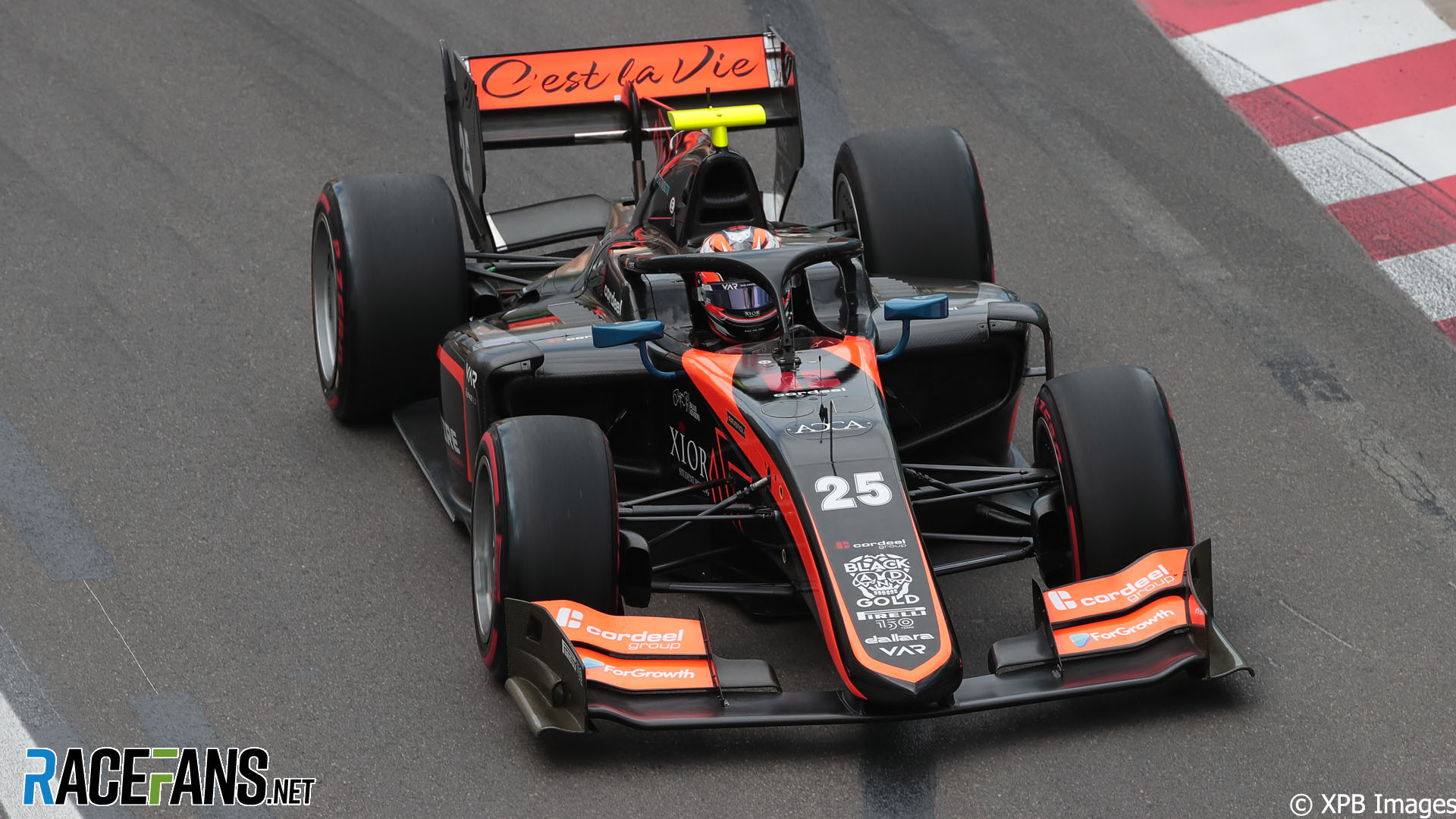 Formula 2 driver Amaury Cordeel faces a ban from the next round at Silverstone after reaching the threshold of 12 penalty points on his licence.

The Van Amersfoort driver had earned 11 penalty points by F2’s Barcelona round three weeks ago, but managed to avoid receiving any more during the Monaco races.

However, his collision with Olli Caldwell during today’s feature race in Azerbaijan saw Cordeel issued a single penalty point which triggers an automatic ban.

His other penalty points had been put on his license for a variety of offences: Failing to slow sufficiently for yellow and red flags in Jeddah, repeatedly ignoring track limits in Imola and failing to be in the correct grid order during the formation lap in Barcelona.

Cordeel and Caldwell clashed in the final moments of the Baku feature race, prompting yellow flags on the final lap.

The stewards ruled “car 14 [Caldwell] was behind car 25 [Cordeel] between turns three and four. Car 14 chose an outside line and was alongside car 25 on the straight approaching turn four.

“Car 25 was focussed on the cars ahead and did not see car 14 on his left. Car 25 moved across to the left making contact with car 14 and forcing them both into the wall. Both cars retired. Car 25 was deemed to be wholly at fault for causing the collision.”

The stewards noted Cordeel’s penalty points tally will rule him out of next month’s double-header at Silverstone.

Roy Nissany and Jack Doohan were also found to be at fault for their collisions with Cem Bolukbasi and Liam Lawson respectively. The pair were issued three grid-place penalties and one penalty point each. No further action was taken for contact between Hitech team mates Marcus Armstrong and Jüri Vips.

Nissany and Bolukbasi have also been summoned to the stewards over a subsequent incident in the paddock. The summons reads that “Alleged breach of Article 12.2.1.c of the FIA International Sporting Code – family of car 23 [Bolukbasi] allegedly caused a commotion with the driver of car 16 [Nissany] – deemed to be potentially an act prejudicial to the interests of any competition or to the interests of motor sport generally.”