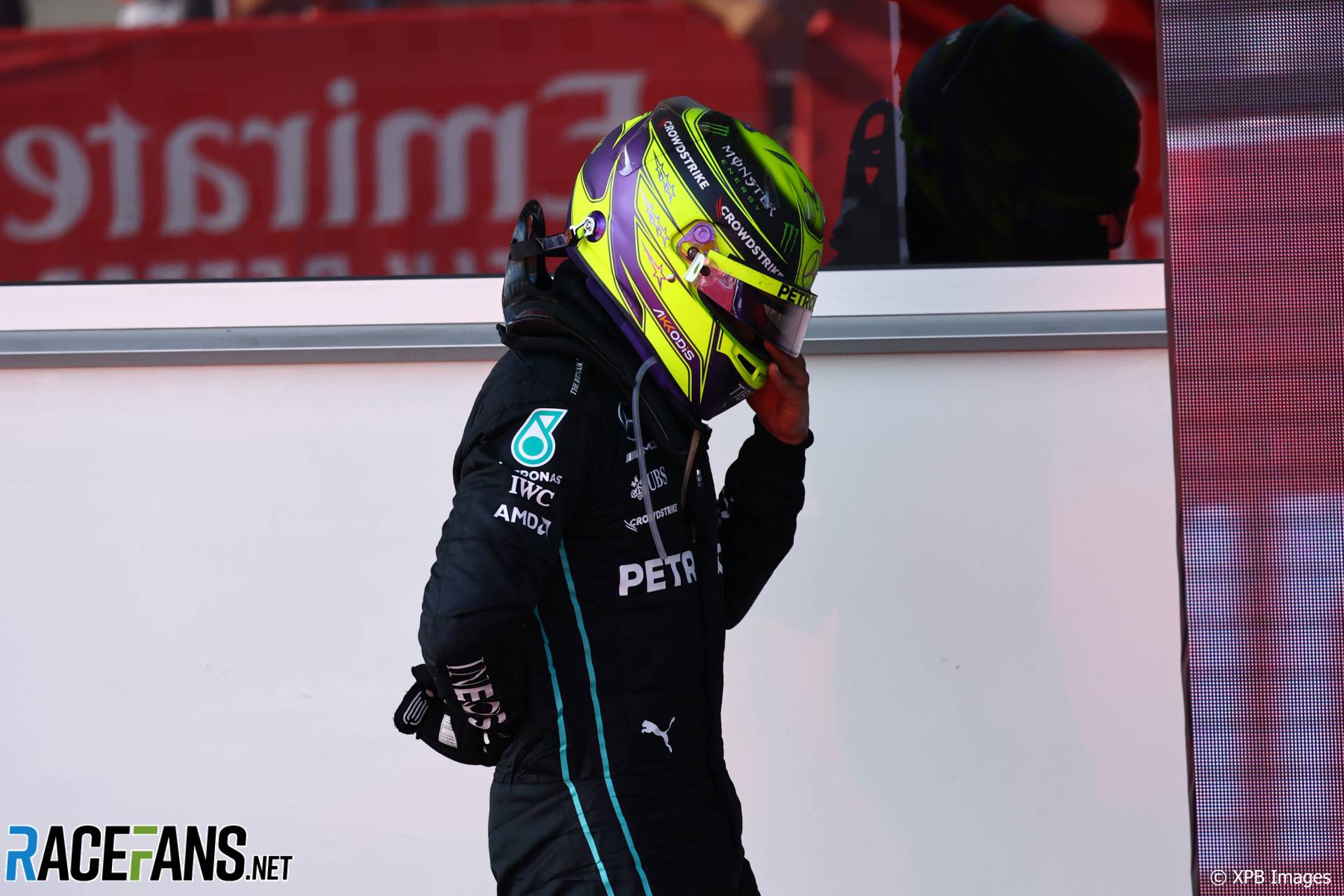 Lewis Hamilton described the Azerbaijan Grand Prix as the “most painful race I’ve experienced” after suffering from excessive bouncing.

The Mercedes driver finished fourth behind team mate George Russell. He complained of back pain during the race due to the severe bouncing he experienced around the Baku street circuit. After the race, Hamilton was seen climbing gingerly out of his Mercedes in obvious discomfort.

Asked by RaceFans about his physical state was following the race, Hamilton said he felt “really, really sore.

Hamilton said that the stiff ride of the Mercedes during the race left him fighting to keep his car out of hitting the wall around the 21 corners of the Baku City Circuit.

“The thing was bouncing so much,” he explained. “There were so many times I was nearly going into the wall.”

“So that was a concern safety wise at 180 miles an hour, smashing into the wall. I don’t think I’ve ever really had to think about that too much as a racing driver. You don’t really ever think about keeping it out of the wall at high speed. A very, very strange experience.”

He admitted he’s “worried for every time we’re going to be back in the car” at the moment. Hamilton ran some different parts on his car compared to his team mate, and he said it’s clear they haven’t worked.

“George didn’t the have the same bounces that I had,” Hamilton noted. “He had a lot less bouncing. Yesterday I lost three-and-a-half tenths to him, just on the straights.

“I had an experimental part on my car and different rear suspension. So ultimately it’s the wrong one.”

Hamilton explained he had been undergoing cryotherapy to help his body recover from the impact of the bouncing in the car.

“I’ve been doing cryotherapy and when you go in there for four minutes, it’s bloody cold and you just have to go internal and just say you can. It’s the same sort of thing, just kind of biting down and just gritting with it.

“I have to think of all the people that rely on me to get those points, so that’s really what I was focussed on. But this is definitely the worst for me – I haven’t had it as bad this year.”