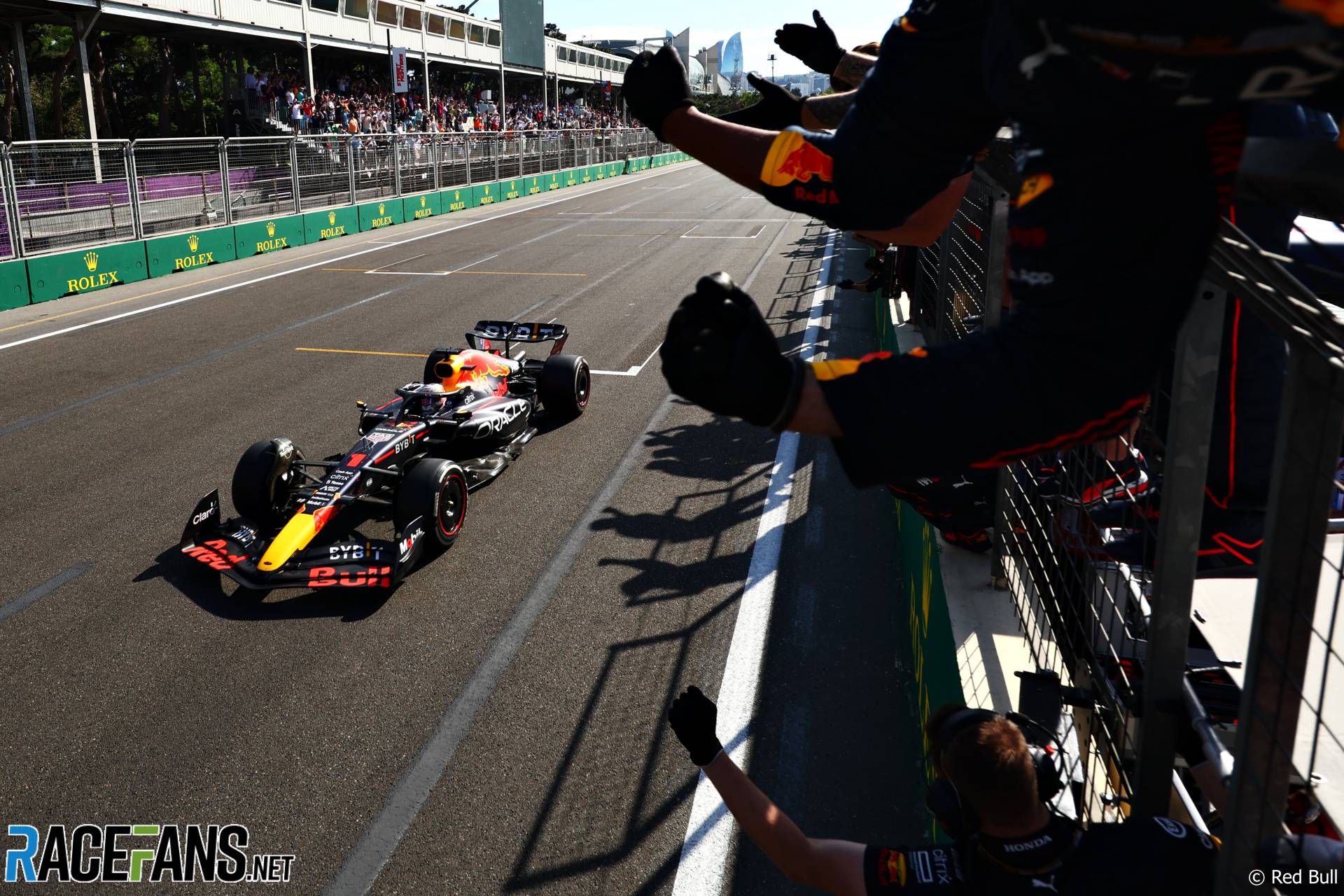 Azerbaijan Grand Prix winner Max Verstappen says he could have caught leader Charles Leclerc even if the Ferrari driver had not suffered a power unit failure.

Leclerc was in the lead of the race with a 12-second advantage after pitting under Virtual Safety Car before his Ferrari started smoking from the rear on lap 20 and he pulled off the circuit into retirement.

Verstappen inherited the lead and remained unchallenged over the remaining 31 laps, claiming a comfortable victory to extend his championship lead. Verstappen says he feels Red Bull had enough pace in hand to have caught Leclerc had the Ferrari’s power unit not failed.

“Today we had incredible pace in the car,” said Verstappen. “We could really look after the tyres and we could chip away at it and pass for the lead.

“Of course maybe a tiny bit lucky with the retirement, but I think nevertheless our car was really quick today, so I could have closed that gap and then you have a race on your hands. But overall, really happy with how the balance of the car was today.”

After starting on the medium tyres, Verstappen pitted twice for hard tyres and managed to keep a consistent pace, even being encouraged at one stage by race engineer Gianpiero Lambiase to reduce his pace.

Asked what elements had contributed to Red Bull’s pace in Baku, Verstappen said “Just the tyre behaviour together with just general grip of course of the car.

“That’s what you need around here – that you can look after your tyres,” he added. “So, at the end, to have the one-two as a team as well, a really good day for us.”

Verstappen now holds a 21-point advantage at the top of the drivers’ championship over team mate Sergio Perez and 34 points over Leclerc following the Ferrari drivers’ second retirement from the lead of a race in three races. Asked how confident he was about Red Bull’s performance heading into next weekend’s Canadian Grand Prix, Verstappen said he could not be sure the team would retain their race pace advantage.