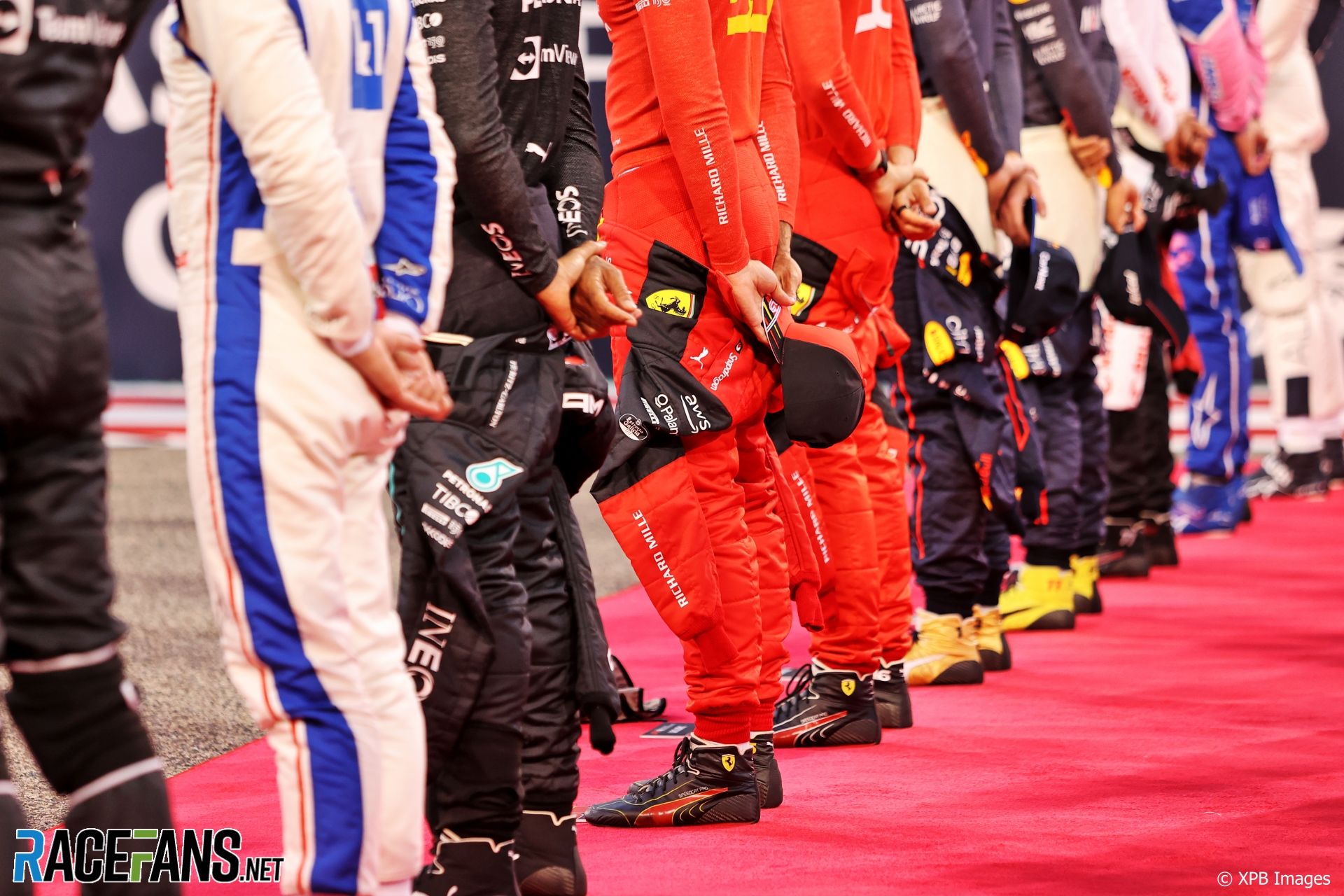 While Formula 1 teams continue to grapple with the difficulty of staying within the current budget cap, a potentially significant future change became a focus of debate in Baku.

Drivers’ salaries – which are a particularly significant expense for some teams – are not included within the cap. Unsurprisingly, drivers almost unanimously opposed any suggestion that should change.

Red Bull’s Max Verstappen, who in March signed a new contract keeping him at the team until the end of 2028 for a reputed £40 million per year, was among the most vocal critics. The reigning world champion concluded it would be “completely wrong” to introduce a driver salary cap at a time when Formula 1’s popularity is soaring and revenue growing along with it.

F1 made a profit of £27.5 million ($34m) over the first three months of 2022 as the effects of the Covid-19 pandemic lessened, while the total revenue generated by the F1 Group doubled.

“So why should the drivers, with their IP rights and everything, be capped? [Those] who actually bring the show and put their lives at risk, because we do? So for me, it’s completely wrong.”

It’s not just today’s Formula 1 drivers who would feel the knock-on effects of such a cap, Verstappen claimed. He foresees a real impact for junior drivers in their efforts to reach the top. Drivers racing in lower categories rely heavily on sponsors or financial backers to further their careers, which becomes less of a lucrative investment if their future earnings could potentially be lower.

“In all the junior categories, you see how many of those drivers have a sponsor or a backer, who eventually will have a certain percentage of their income in potentially F1 or wherever,” Verstappen explained. “I think it’s going to limit that a lot because they will never get their return in money if you get a cap. So it will hurt all the junior categories as well and I don’t think you want that.”

Alfa Romeo’s Valtteri Bottas echoed the world champion’s view. “In the end when you come up with the different categories you need financial support and eventually the investors who invest in you they are expecting a good payback,” he said.

“If that is being limited, with already being this big risk for the investor, it will become an even bigger risk.”

Bottas also acknowledged the obvious reason why drivers were unlikely to supporting limiting their pay.

“I’m sure no driver is voting for the salary cap because we feel like we earn a decent amount from doing what we do, risking our life and working as hard as we can and actually being the centre of the show.

“F1 is really booming at the moment, we’re doing more and more engagement with the fans, more and more work off the track. It doesn’t quite make sense that at this time that F1 is going up that the drivers’ salaries should go down.”

Mercedes team principal Toto Wolff, however, believes the idea has potential and could work. He also suggested the time may have come for the salaries of team principals and senior members of the teams to be capped as well.

“It has come up as a controversial topic,” Wolff said on Saturday in Azerbaijan. “We can see that we are facing a very difficult situation in Formula 1 overall.

“The sport is booming and Formula 1 is earning more money and that trickles down to the teams but we have a cost cap. We have $140m (£115m) for a thousand people. With inflation, we haven’t been able to even pay it and I think the talk about 30 or 40 million dollar salary allowance is inadequate when you take that perspective.

“Clearly the drivers will have an opinion on that and maybe as a driver I would say the same thing but US American leagues, that are the most successful in the world, have introduced salary caps 15 years ago.”

The NFL (American football) and the NBA (baseball) are two major leagues which introduced a salary cap for their teams. Of course the rosters of athletes in these competitions are much larger than F1’s teams of two drivers each.

The NFL uses a ‘hard cap’, meaning no team is allowed to exceed the limit for any reason. In 2022 that limit was set at $208.2 million, after a major downswing in 2021 due to the pandemic. Even signing bonuses must be included in the cap.

“It works pretty well over there,” Wolff believes, “and Formula 1 is looking at it without an immediate solution. But I think, like all the other sports in the world, we need to find a way of how we can act sustainably and become independent from sovereign funds or state-owned teams.

“Therefore it is certainly clear that this is going to be one of the main areas because you can’t simply have a salary bill in some of the top teams that is $30, 40, 50m when the rest of the team needs to be divided in $140m. But having said that, they are tremendous superstars, they deserve to be among the top earners in the sport.”

But drivers remain concerned a salary cap could make it harder for the sport’s future superstars to make it through the junior categories in the first place.

While some such as Lance Stroll, Lando Norris and Nicholas Latifi were in the privileged position of having financial backing from their parents, many others such as Esteban Ocon, Pierre Gasly, Valtteri Bottas and Lewis Hamilton had to win backing from F1 teams or other sponsors. Without that backing, those drivers have run out of money before reaching F1.

“I’ve had a lot of friends unfortunately who would have needed this backing when they were younger and they had the talent to make their way up,” Gasly remarked. “Unfortunately, they didn’t have the chance.

“I don’t think by moving that direction we’re going to give more opportunities to these young talents without financial backing.”

With the luxurious lifestyles many of the drivers enjoy it’s easy to forget the sacrifices some of them had to make to get where they are. Ocon and his family lived in a caravan for a long time as his parents struggled to pay the costs. Even a seat in F3 costs as much as €1m (£860,000) per year.

It’s easy to dismiss drivers opposing salary caps as simply being greedy. But in a sport where money can make all the difference to securing a seat, the potential knock-on effects of a driver salary cap would effect more than just today’s competitors.

31 comments on “Are F1 drivers thinking only of themselves by opposing a salary cap?”