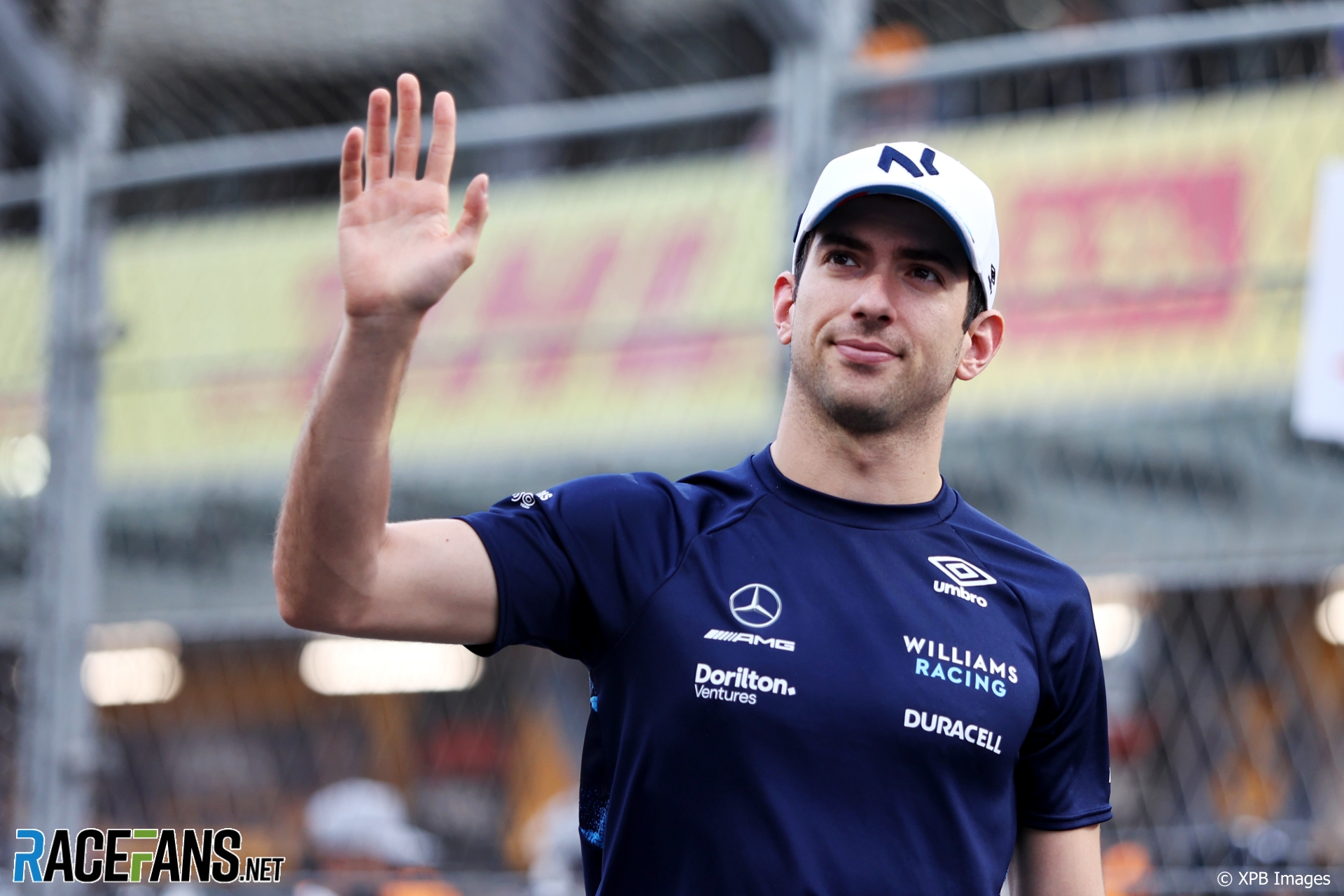 In the round-up: Nicholas Latifi is sue he will finish the 2022 Formula 1 season as speculation mounts over his future.

Latifi: “I’m going to be driving for the rest of the year”

Despite a difficult start to his third season at Williams, Latifi has insisted that he see out the year at the team. “I know I’m going to be driving for the rest of the year,” he said when asked about his future after Sunday’s Azerbaijan Grand Prix. “I don’t really have any comment to say about that,” he added.

Alpine reserve driver Oscar Piastri has been linked to the drive. Some have claimed Latifi will make his final F1 start in his home race this weekend before making way for the reigning Formula 2 champion.

Latifi admitted his place at the team in 2023 is uncertain. “I definitely feel I’m under pressure,” he said. “I think it would be the same for for any driver who doesn’t have a contract for for the following year.

“I think that pressure is always there, regardless of whether I was having great performances or where I am now, which is obviously not where I want to be.”

“I obviously know I need to improve,” Latifi admitted. “I want to improve. I’m not happy with the way things are right now, so I just happy to try and keep making steps to improve it.”

Pierre Gasly says that the incredibly tight midfield means teams’ next rounds of upgrades will be crucial to defining the ultimate order.

“Because at the moment, we saw it in quali, our midfield is a battle obviously between the top four, then there is a universe between fourth place and fifth place, but then from five to six teams, all pretty much within three-tenths. So I think that the development over the next few weeks, will be crucial.”

“There’s many more points available than what I have in the gap to P2. Théo has done a good job and there’s also a lot of guys coming fast behind so we just need to wait and see. I’ll do my best.”

He is prepared to be more cautious at certain rounds to ensure he continues amassing championship points.

“We try to do our best as always, but at the same time I think the only thing I might change, towards the end, is being a little bit more cautious,” Drugovich said. “Especially in tracks like [Baku] where we have chaotic races.

“Apart from that, we just need to try to be fast and that’s it. Once you have a good qualifying everything gets easier.”

Naomi is an ex-professional racing driver & totally qualified to give her opinion as part of the Sky team. She’s been a great asset since joining & we should welcome more representative broadcasting with open arms. Still have a long way to go to change these attitudes in sport. https://t.co/E6U7zX4XqI

But the biggest heartbreak of the week belongs to Hitech Grand Prix: claiming pole position on Friday, Jüri Vips was in command of the feature race until he made a mistake at the entrance of the Castle section, in the final stages of the race. The Estonian has three weeks to recover from this costly error ahead of his team’s home round in Silverstone.

Column Jos Verstappen: 'A challenged Max is an even better Max' (Verstappen.com)

You could see Max was very motivated. That had of course to do with the previous race in Monaco, but he doesn’t really let it get to him. I think that’s very beautiful, it only makes him better.

Brands Hatch Shuttle Buses will run every half hour from the bus stop on Azelea Drive in Swanley to a dedicated drop off point outside the circuit's main gate just off the A20. Step-free access is available between the bus stop and destination at each end of the route.

As teams argue about what would be a fair way to address the aggressive bouncing seen in Baku, DB-C90 points out that if there was a simple solution, it would likely have been found and engineered around. So is what teams need just more data from running time?

I find it interesting that most are just saying “raise the ride height” as a solution to the porpoising.

I suggest that if it was that simple, teams, including Mercedes, would have done it, even if it was just in P1, so they could measure just how much impact that would have.

The fact is, we armchair experts don’t have floor details, nor de we really know what true impact raising the ride height will have.

These teams are supposed to have some of the best and brightest engineers and yet some seem to have gotten things very very wrong. That to me suggests that all the modelling and all the wind tunnels in the world can’t emulate “real life” on a track and the thing that is missing is more track time for the problem to be properly analysed.

To me the one thing that could be done, relatively simply, is to return the first two practice sessions to 90 minutes instead of the 60 minute sessions we have.

That gives everyone, including RBR and Ferrari the opportunity to tune out any “issues” on track instead of what currently seems to be a bit of a guessing game or at the very least an extended time due to the current lack of track time they’re getting.
@dbradock

Happy birthday to David A, Mateuss, Vikas and Eoin Harrington!