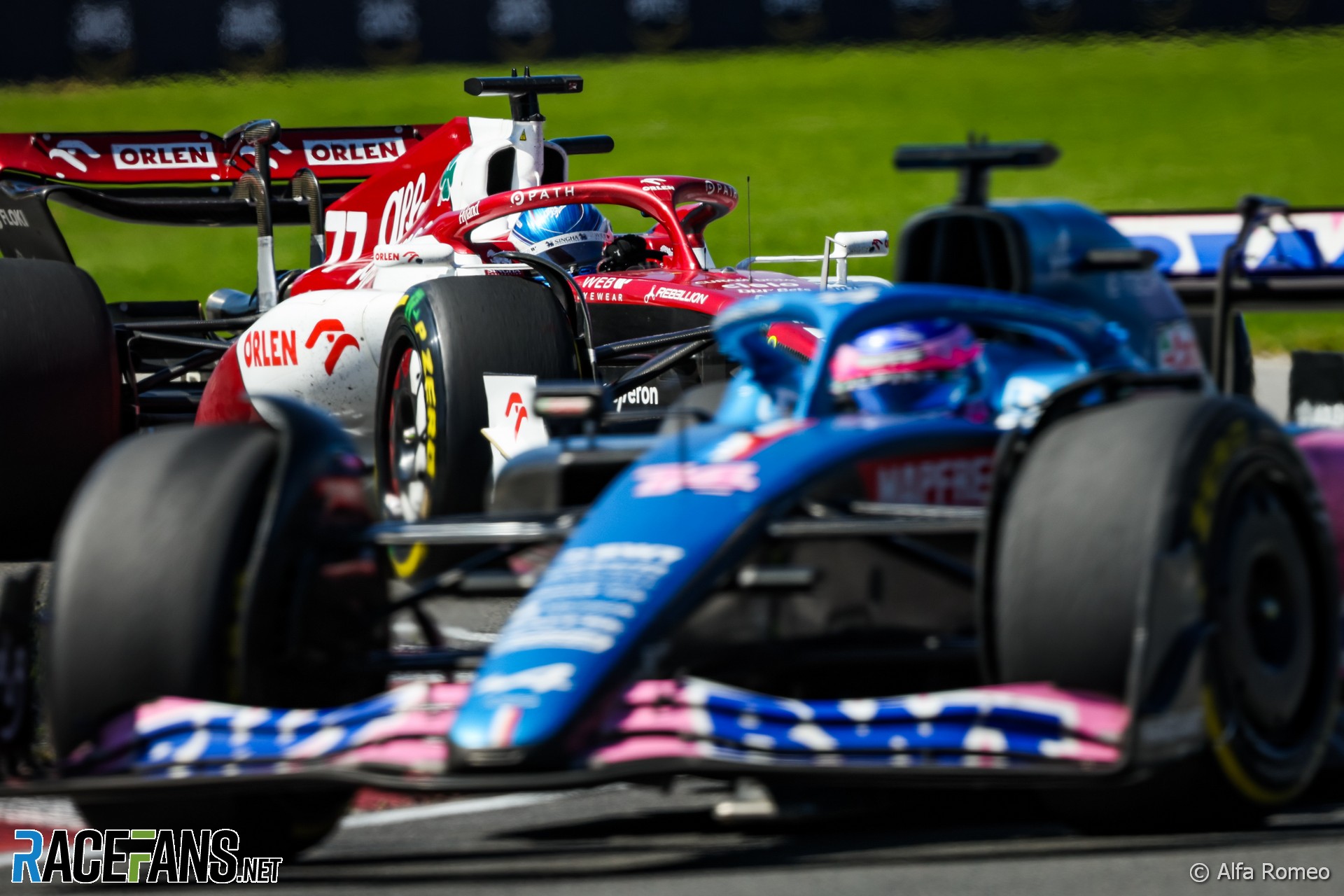 In the round-up: Fernando Alonso should not have been penalised for weaving in front of Valtteri Bottas on the last lap of the Canadian Grand Prix, says former Formula 1 driver Romain Grosjean.

Alonso was given a five-second time penalty for making multiple changes of direction in front of Bottas on the final lap of Sunday’s race. The penalty dropped him from seventh to ninth, and left Grosjean unimpressed.

“I really disagree with Fernando Alonso’s penalty,” said Grosjean. “He didn’t deserve one for moving twice on the straight. The back straight is not even straight so how can yo go straight?

“Bloody let them race. It’s good to see wheel-to-wheel action, obviously it has to be under certain limits, but I didn’t feel like that was anything bad. I thought it was good racing and it was exciting to see it.”

Grosjean also criticised the race director’s decision to show the black-and-orange flag to Kevin Magnussen due to his damaged front wing. “Yes, the front wing is going a little bit in pieces but it’s a small piece and if you really want to avoid anything [hitting] the drivers, put an Aeroscreen just like IndyCar, and then the part can fly and won’t hit the driver’s helmet.”

Alpine team principal Otmar Szafnauer says test and reserve driver Oscar Piastri will get an opportunity to run a car during a grand prix weekend soon.

“He will be in an FP1,” Szafnauer said after the Canadian Grand Prix. “We can tell you it won’t be Silverstone, but it’s not far off.”

After the British Grand Prix F1 will head to the Red Bull Ring. Piastri tested a 2021-specification Alpine at the Austrian track earlier this year.

Nicholas Latifi’s grandfather was among his family members who came to watch his belated first appearance as a Formula 1 driver at home. Latifi’s rookie season coincided with the Covid-19 outbreak which kept the Canadian Grand Prix off the calendar for the last two years.

'At the end of 2018 I almost stopped. It was so close. Just because of the fact I couldn’t understand and take in the fact that I couldn’t beat Lewis in those two years.'

"It read: 'Cannot cope with the pressure that guy hahaha. Don’t worry Tommy, we’re gonna beat him this year.'"

''I would like to confirm our commitment to you and to this project, as well as our willingness to sign the appropriate agreements to promote the race and offer a great sporting and entertainment spectacle,' local government cabinet minister Enrique Lopez wrote in a letter to F1 CEO Stefano Domenicali.'

'He was the only driver to record a sub-20 seconds lap, with his 19.9122s effort having an average speed of 161.167mph. Rasmussen was 0.1030s faster than team-mate Hunter McElrea in second place, with McElrea leading the way early on.'

'We stayed in fifth for the first four or five laps I think. Then as soon as the car started to come alive, we started to slowly overtake.'

"I am happy with what Sebastian Vettel did, because I think? it’s almost like a cartoon caricature of hypocrisy."

McLaren sisters Leena and Teena Gade: ‘I don’t see myself as a woman in motorsport. I’m an engineer (The Independent)

'It’s important for the younger generation, if there are kids out there that want to get into motorsport, be they male or female, young boys need to understand that engineering is a normal vocation for females to take, and likewise females need to know it’s one they can have without any prejudice because of their gender.'

Are Ferrari likely to hold the upper hand over Red Bull through the coming races?

The difference in set up choices were no longer relevant after Baku where Ferrari have introduced a new low-downforce package. Ferrari didn’t update the F1-75 in the first seven races and were more than a match to Red Bull who were developing the RB18 at a faster rate. Barcelona is normally the benchmark track to measure the aerodynamic balance of an F1 car and Ferrari were mighty quick there so it’s normal to expect them to be quick in high downforce tracks.

Ferrari only lagged compared to Red Bull on the straights and in the tyre management department. That is no longer the case after the upgrades introduced in both Barcelona and Baku. Ferrari was quicker than Red Bull in both qualifying and race in Bahrein, Australia, Barcelona and Monaco.

Red Bull was quicker than Ferrari in both qualifying and race only in Imola. In Miami Red Bull have had the advantage during the race due its superior tyre management. Despite the fact that Saudi Arabia, Baku and Canada were tracks suited better to the RB18, Ferrari was in contention for the win in all those tracks. If you look at the remaining races, the only track where Red Bull might be untouchable is Monza while there will be lots of tracks where Ferrari will be flying.
@Tifoso1989